‘So, Lady Gaga, do you know how big the sponsorship deal was?’

What hit the headlines the next day was the singer revealing her bald head. But perhaps more interesting was that the show was sponsored by Welcome to Yorkshire, the official tourism site for the county.

Earlier this year Welcome to Yorkshire announced sponsorship deals with three television programmes: Paul O’Grady Live, The Royal (a medical drama set in Yorkshire), and Do The Funniest Things. Neither Paul O’Grady Live nor Do The Funniest Things have any connection with Yorkshire, but the body justified it by saying the aim was to ‘target peak family viewing times to encourage families to visit the county’.

Welcome to Yorkshire is currently funded by Yorkshire Forward, one of nine Regional Development Agencies that will close in 2012 as part of the government’s cull of quangos. Yorkshire Forward’s money comes from central government; it’s taxpayers’ money.

So, a bit perplexed as to what an American woman being interviewed by a Liverpudlian comic had to do with Yorkshire, we asked Welcome to Yorkshire how much it was paying for its prime-time sponsorship of Paul O’Grady’s show.

But we were left in the dark. Commercial confidentiality meant it wouldn’t tell us.

The Bureau has run up against commercial confidentiality before. The Freedom of Information Act 2000, which enshrines in law the right of UK citizens to ask questions about how government is being run, contains a number of clauses that public bodies can rely upon to justify not releasing information when it’s requested. Some of these are entirely reasonable: information about national security, or that might jeopardise a criminal prosecution, for instance, is exempt from being disclosed.

However, we believe Section 43 – commercial confidentiality – is by far the most abused. Councils, NHS trusts and government departments repeatedly decide that maintaining the secrecy of their contracts with private businesses is more important than allowing the public to ensure their taxes are being well-spent. We believe the ‘commercial confidentiality’ excuse is being misused by public bodies eager to avoid external scrutiny.

In a time of harsh budget cuts, lost jobs and stark choices we think this is wrong.

The Bureau has already revealed that ‘commercial considerations’ prevent us from knowing who buys our donated blood from NHS Blood and Transplant. Now, it turns out, we also can’t be told how much public money goes to a private company (the company that produces Paul O’Grady Live is Olga TV – which was set up by Paul O’Grady himself).

Welcome to Yorkshire told us that they got a ‘very good, last-minute deal’ on the sponsorship. That could be true. But there is no way for the public to check this – at present we have to rely on Welcome to Yorkshire’s reassurances.

This sort of information should be freely available. But the Bureau has now had to resort to using Freedom of Information legislation to try to uncover it, and it’s entirely possible our request will be rejected. If it is, it means other sponsorship deals involving public bodies can also go unreported, making it impossible to judge whether they are value for money or whether they should be happening in the first place.

But we can’t know how much it spends to reach those people. It’s completely Gaga. 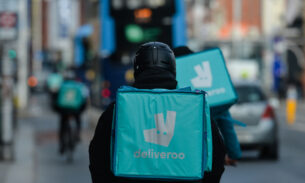