The Wandsworth Times. Read the story.

The New Statesman. Read the story.
Find out how to use the Bureau’s work
This story is part of the collaborative investigation by the Bureau Local network

This story was commissioned as part of the Bureau's Local Reporting Fund — a grant that supports the reporting of untold stories across the UK. Hanan Bihi reports from Wandsworth in London.

Sirad* still blames herself for calling the police on her son.

He was quite a handful as a young boy, and when he was 14 and broke a window she felt unable to cope. “I couldn’t control his behaviour, and I was hoping a police intervention would make him a little scared and he would fix up.” But she was wrong.

The police sent a report to her local council, Wandsworth, and her son was added to the antisocial behaviour register. Then, she says, the council got in touch again, this time in its role as her landlord: either she could sign a new tenancy agreement that would put her entire family at risk of eviction if her son got in further trouble, or she could ban her son from her home. Under the terms of the new agreement her son would not even be allowed to visit.

Sirad had her seven other children to think of. Three were still in school. She told her son to leave.

Figures obtained by the Bureau through freedom of information requests reveal that between 2010 and 2018, 14 households with a young offender in Wandsworth were asked to sign similar agreements, which guarantee the eviction of the entire family if the terms are breached.

The letters argue that the tenancy agreement has been broken and so the council can demand repossession of the property. They threaten court proceedings if families do not agree to the new terms.

Wandsworth borough council is not alone in issuing these conditional eviction notices. Croydon, Waltham Forest and Hammersmith and Fulham councils also issued four such letters between them.

But data obtained by the Bureau Local suggests Wandsworth council has sent out significantly more — and there is suspicion that the policy is disproportionately affecting ethnic minority families. More than half of Wandsworth’s conditional eviction notices were given to such families. Only three recipients were identified as white. 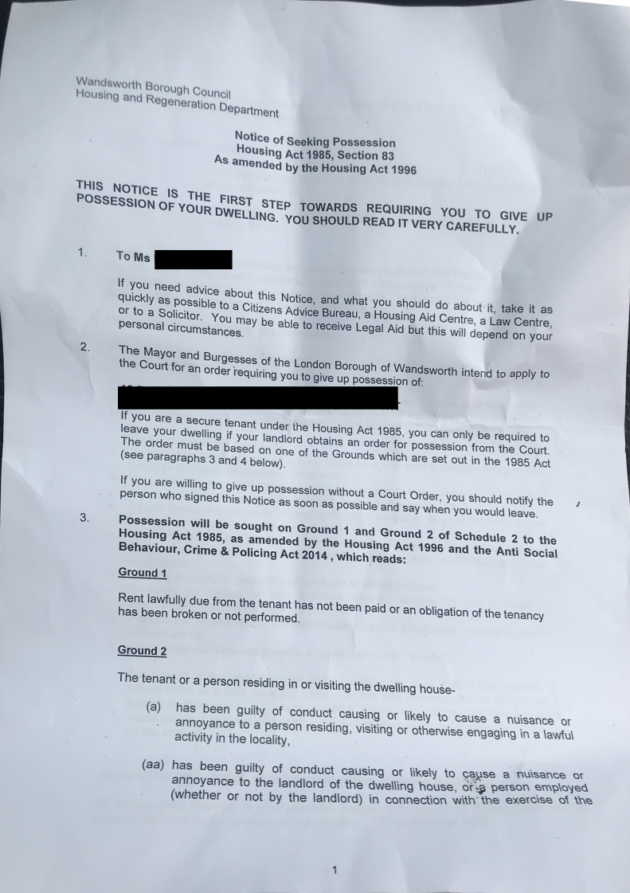 One of the letters sent by Wandsworth Council Hanan Bihi/TBIJ

The rise of “antisocial behaviour”

The coalition government started to overhaul antisocial behaviour laws early in 2011, but after the London riots in August that year there was a strong push to set tougher punishments for gang-related offences, and the public largely agreed.

New powers were given to social housing landlords in 2014 to evict tenants who were convicted of offences at the scene of a riot, to speed up the eviction process and better protect victims of serious antisocial behaviour.

Critics were wary of the new policy, saying it effectively constituted a double punishment for a criminal offence. But in 2014 those powers were extended, with councils now allowed to decide the threshold at which eviction becomes an option for addressing antisocial behaviour. Very little information about how these powers have been used has been made public.

Aydin Dikerdem, a Labour councillor in Wandsworth, told the Bureau: “The extended powers to evict are popular among residents affected by antisocial behaviour, but in these kinds of cases they are seemingly being used as a form of collective punishment, which is deeply wrong.

“There also needs to be a distinction between antisocial behaviour that is directly affecting neighbours and a community, and the attempt to evict whole families based on one member committing a crime.”

Wandsworth’s spending on youth services has halved since 2011-12. “Stop cutting the support lines to deprived young people and in fact do the opposite and invest in them,” says Dikerdem.

When Sirad received her conditional eviction notice she went to the Elays Network, a community organisation in Wandsworth who in turn referred her to the Citizen Advice Bureau for a lawyer. That lawyer encouraged her to sign the agreement, make her son leave or otherwise risk making her family homeless. The letter specified that the family would likely be considered “intentionally homeless”, meaning they would not be rehomed elsewhere.

An extract from the letter Hanan Bihi/TBIJ

Mohamed Ali, of the Elays Network, told the Bureau: “Families were pushed between a rock and a hard place. And forcing them to sign an undertaking is unfair and unhelpful to the young people as it risks [leaving them with] no fixed address, getting into serious crimes and giving gang leaders an opportunity to groom and exploit their vulnerability.”

The mothers of offenders, he said, felt the deepest impact from the policy, showing signs of stress and depression after receiving the letters.

Sirad challenged the council to explain why her son was being victimised when he hadn’t committed any offence. It was to no avail. She felt helpless and was forced to make a tough decision. “Signing the agreement would’ve meant taking responsibility for my son’s actions and facing immediate eviction if he commits antisocial behaviour. I just couldn’t risk making my whole family homeless.”

Sirad refused to sign and her son moved out, first to a hostel and later to live with relatives, after fears for his safety were raised. The distance made it difficult for her to support him; she could no longer keep track of what he was doing and where he was.

Sirad recalls when she first felt her son’s behaviour was changing: “It all began when he started to mix with other young people in the local area. In the beginning, I didn’t think much of it, I thought it was just a teenage phase. So I was just trying to manage the situation.”

Ali blames local government cuts, part of the wider austerity programme, for the way some young boys in the area drift towards antisocial and criminal behaviour. “Youth workers with great experience and connections locally have been made redundant. Many youth clubs were closed, causing young people to disengage with the few that stayed open. [Some have been] targeted and groomed to join local drug networks.”

Are ethnic minorities being discriminated against? Ali says that many such groups, especially recent immigrants, miss out on available support because of a language barrier and unfamiliarity with the system. Sirad and other mothers handed conditional eviction notices have also complained about a lack of early support for their sons.

Since her son left her home, Sirad has moved into a smaller council property with a new tenancy agreement that doesn’t include him. She is disappointed with how the police and the council handled the situation. “[The council] made me choose between him and his siblings. I don’t sleep anymore. I’m constantly worried about him and dreading a knock on my door that could deliver terrible news about him.”

Since the Bureau Local spoke to Sirad, her son has been jailed. 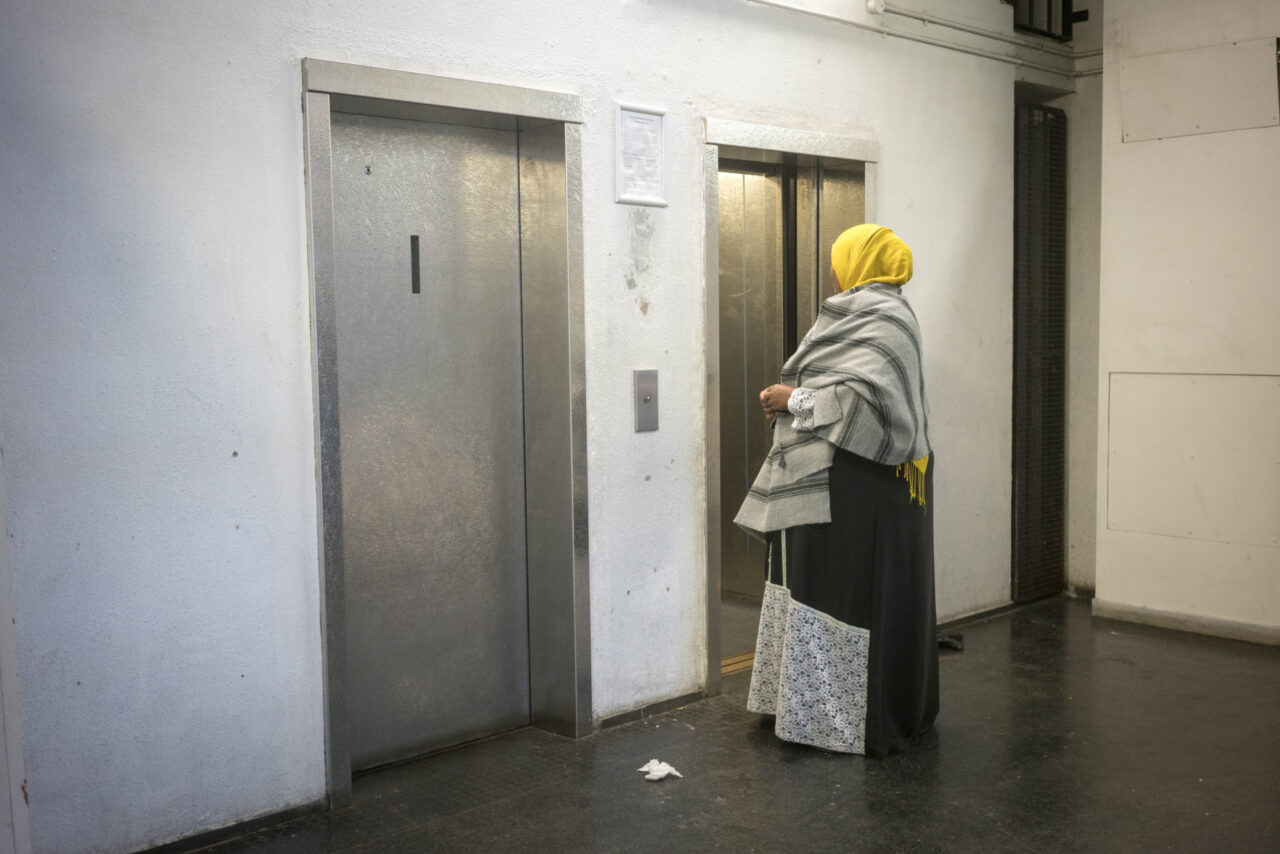 In 2016, Ibtisam’s 16-year-old son entered a local corner shop with a friend and threatened the shopkeeper for cash from the till. When the man refused, the boy grabbed some sweets and soft drinks. A few months later, the police released CCTV footage and urged the public to get in touch.

“The moment we saw him in the news, his father took him immediately to the police station,” says Ibtisam.

Ibtisam’s son was given a youth rehabilitation order and was put in contact with the Youth Offending Team (YOT) to support him.

However, her son — previously a bright, talkative child who excelled at school — got involved in more trouble. “Every time he went to his YOT appointment, he would meet and mix with other young people who have been involved in more serious crimes and they just dragged him into it,” she says. Within a year he was convicted of three further offences, including possession of a knife and cannabis, as well as getting caught with an air weapon with other boys in the area.

After these convictions, Ibtisam got a letter giving her a choice: to sign an undertaking agreeing to stop her son from visiting or living in the property; or face court action that could result in immediate eviction for the whole family.

At the time her son wasn’t living at home; his father had taken him abroad for a fresh start. But that didn’t satisfy the council. “I told them that he no longer lives with us, but they refused to accept this and demanded that I sign the agreement.”

The family challenged the decision and almost exactly one year after her son’s sentencing, Ibtisam found herself in court for a hearing of her own. She left with a small concession; her son is allowed to visit but not live in the property until 2020. If she breaches the agreement, she could face a court sentence and her family, including her three other school-age children, will be evicted.

Like Sirad, Ibtisam missed out on early support. “In the beginning, I didn’t know who to seek support from when I first noticed him mixing with the wrong crowd. It was only recently I came across information related to youth services that could’ve been offered to my son. All my meetings with the council were always about the eviction notice and never about the available help I am entitled to.

“We have been living in hell since 2016, constantly worried about what will happen next.” 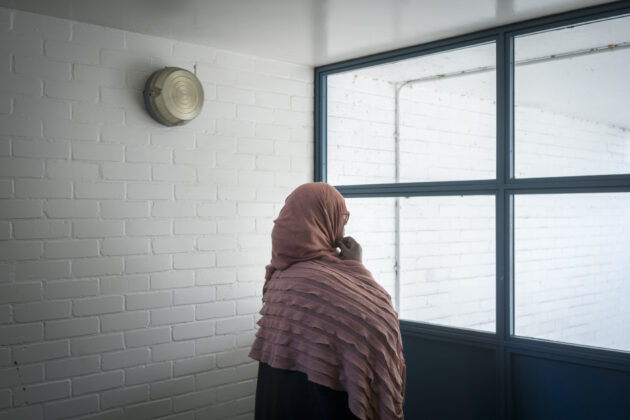 Rahma is a widow who lives with four of her five children. Her eldest son, however, is barred from the home. After several youth offences, including robbery and driving without insurance, he was convicted of possession with intent to supply Class A drugs aged 19. A letter from Wandsworth council followed.

“He was doing well before he committed the offence. He was studying his A-levels and had a part-time job. But now he’s unable to get a job because of his criminal record. He keeps being moved by the council from one hostel to another. University applications are proving to be a real challenge.”

Even though she signed the undertaking to keep him out of the home, she still lives in fear of eviction. She has two other sons who are close in age to their brother, and worries that one of them could be mistaken for him. “I was threatened with a prison sentence, £3,000 fee and eviction, if I ever allow my son to stay overnight or if he is found with a group of boys in the locality causing a nuisance.”

Wandsworth council said its social housing tenancies included standard, long-standing clauses about serious criminality and anti-social behaviour. A spokesperson added: “Each of these 14 cases has been considered on its own individual merits, and as an alternative to losing their tenancy, we have required the registered tenant to provide written undertakings that no further offences will be committed by members of their household.

“This has proved successful with no further offences being recorded and consequently all 14 tenancies have continued and no-one has been evicted.

“We make absolutely no apology for taking firm but fair and proportionate action against people whose criminal acts cause fear, anxiety and misery to others in the community.”

Rahma thinks her son has been treated harshly. Since leaving her home, he has moved between relatives’ homes and a hostel. “Even if he made this mistake, as a young person he should have been given a second chance to turn his life around.

“What future is there for him, when every door is shut on him?”

*Names have been changed