Mark Zuckerberg threatened to pull Facebook’s investment from the UK in a private meeting with Matt Hancock, the Bureau of Investigative Journalism can reveal.

The minutes, from May 2018, show that an obsequious Hancock was eager to please, offering “a new beginning” for the government’s relationship with social media platforms. He offered to change the government’s approach from “threatening regulation to encouraging collaborative working to ensure legislation is proportionate and innovation-friendly”.

Hancock sought “increased dialogue” with Zuckerberg, “so he can bring forward the message that he has support from Facebook at the highest level”.

The meeting took place at the VivaTech conference in Paris. It appears to have been arranged “after several days of wrangling” by Matthew Gould, the former culture department civil servant that Hancock later made chief executive of NHS X.

Zuckerberg attended the meeting only days after Hancock – then the secretary of state for digital, culture, media and sport (DCMS) – had publicly criticised him for dodging a meeting with MPs. Civil servants had to give Zuckerberg explicit assurance that the meeting would be positive and Hancock would not simply demand he attend the committee, and noted that the meeting began with an ambience of “guarded hostility”.

These details can finally be made public after a two-year battle that culminated in the Information Commissioner’s Office ordering the department to release the minutes. The newly released notes represent the first public airing of Mark Zuckerberg’s views regarding the UK’s proposed legislation on internet safety and regulation.

More from the Bureau

What happened to Matt Hancock's coronavirus contact-tracing app? How Dominic Cummings wasted the greatest opportunity of his life Conflict of interest questions over Cummings’ job at health tech firm

Zuckerberg spoke of an “anti-tech UK government”, joking about making the UK one of two countries he would not visit. (The second country was redacted in the notes released to the Bureau. The size of the redaction matches the length of the words “except China”.)

The meeting notes conclude: “If there really is a widespread perception in the valley that the UK Government is anti-tech then shifting the tone is vital. London Tech Week is a great opportunity, and couldn’t have arrived at a better time.”

The next month, Hancock had a follow-up meeting with Elliot Schrage, Facebook’s top lobbyist who later announced his resignation after hiring a PR firm to run a smear campaign against George Soros, a vocal critic of Facebook. Schrage later wrote to Hancock thanking him for setting out his thinking on “how we can work together on building a model for sensible co-regulation on online safety issues”.

The letter also reveals that Hancock was due to visit Facebook in September 2018. (Hancock became health secretary before this visit could take place). Schrage wrote that the “challenges of online safety” should be “achieved in a constructive and collaborative way”, before signing off by saying Facebook was close to providing an update on its “commitment to London”.

The government has fought for two years to prevent the release of minutes from the meeting between Zuckerberg and Hancock after the details were requested by the Bureau in November 2018. In August DCMS lawyers made a last-ditch attempt to withhold the notes after being ordered to release them by the Information Commissioner’s Office (ICO).

After pro bono work by the Bureau’s lawyers, Leigh Day and Conor McCarthy at Monckton Chambers, the government has now agreed to release the notes of the meeting, redacting a small portion it described as the “subjective opinion” of the note taker. It is understood that the redacted material is incidental to policy discussion.

It takes time to uncover the evidence. It takes time to get people to notice. But when we take that time, we can get results. Help us do more - support the Bureau today.

Yes, I will support the Bureau!

The ICO reprimanded DCMS for breaking Freedom of Information law after it took a year to acknowledge that it held notes of the meeting between Zuckerberg and Hancock. It also criticised the department for claiming that making the notes public would lead to future discussions “taking place ‘off the record’ and not recorded for fear of potential disclosure”.

It added: “Access to information rights depends on public authorities documenting their key activities and decisions. Failure to do this can undermine public accountability, the historical record and public trust.”

The ICO ruled that releasing the information was in the public interest, stating: “As the world’s dominant social media platform, Facebook has an unrivalled position and ability to influence government policy and regulation.

“In the Commissioner’s view the requirement for due transparency and openness is particularly acute in the present case given Mr Zuckerberg’s absence in the UK public domain... In view of the high level of personal control which the Facebook founder and CEO enjoys over some of the most influential and powerful social media platforms in the UK, the Commissioner considers that the demand for such transparency is correspondingly high.”

Critics claim that Facebook’s lack of regulation of content across its platforms – including Facebook, Instagram and WhatsApp – has contributed to tragic events across the world. Some say that the platforms were used by others in inciting the genocide of the Rohingya Muslim minority in Myanmar, arranging a militia event in Kenosha that led to the deaths of two people, in the live streaming of a massacre of Muslims in New Zealand, and contributing to the suicide of British teenager Molly Russell.

The digital, culture, media and sport select committee is currently examining Facebook’s role in the spread of anti-vaccination misinformation on its platforms.

In the UK, the government is considering how to regulate Facebook and other platforms to protect people from “online harms”, including disinformation, child sexual exploitation, terrorist content, hate crime, incitement of violence, harassment and content that encourages suicide. The proposed legislation will effectively involve a regulator ensuring that technology companies adhere to their own terms and conditions.

However, the DCMS committee has already expressed concerns about such soft-touch regulation. In a report it said: “The government should set out a comprehensive list of harms in scope for online harms legislation, rather than allowing companies to do so themselves or to set what they deem acceptable through their terms and conditions. The regulator should have the power instead to judge where these policies are inadequate and make recommendations accordingly against these harms.”

The government is due to publish its response to a consultation on proposals to regulate social media companies within the next two weeks.

It appears that Zuckerberg avoids open scrutiny by parliaments where he can. Instead, he seems to favour policy discussions behind closed doors.

When he refused to appear before an international grand committee on fake news in November 2018, made up of members of nine national parliaments, lawmakers set out an empty chair for him in protest. His decision to not appear in front of the DCMS committee drew the ire of Damian Collins, chair of the committee.

Collins told the Bureau: “These minutes show Mark Zuckerberg was running scared of the DCMS committee inquiry, he knew all about it and was determined not to appear in front of it – and you’ve got to ask yourself why that is.”

Read the document in full

In an article for the Financial Times in February, Zuckerberg called for “more oversight and accountability” on decisions around content moderation on social media, but did not comment on the UK’s proposed regulations.

In a Facebook policy paper published during Zuckerberg’s trip to Europe earlier this year, the company argued against social media companies being legally responsible for content on their platforms, including illegal or harmful material. Instead, it proposed “periodic public reporting” of how well it had enforced its own rules and policies, and the company has set up an independent oversight board along those lines.

Facebook told the BBC: “Facebook has long said we need new regulations to set high standards across the internet.”

This report was supported by core Bureau funds. Our reporting on Decision Machines is funded by Open Society Foundations, founded by George Soros. None of our funders have any influence over the Bureau’s editorial decisions or output.

Matthew is investigating Big Tobacco for the Smoke Screen project. His work has covered consumer affairs, tech, advertising and retail. 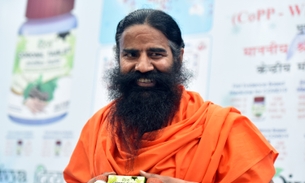 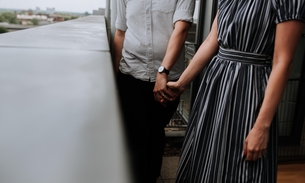 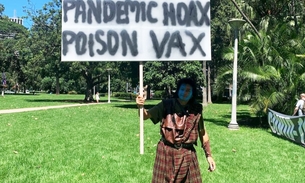 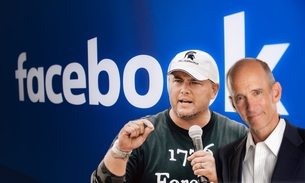