The British legal concept of “joint enterprise” has been wrongly interpreted by courts for 30 years, the Supreme Court ruled yesterday, in a victory for campaigners, lawyers, politicians and academics who believe the doctrine has led to potential miscarriages of justice.

In a landmark ruling announced yesterday, the judges found that the courts had taken a “wrong turn” in the 1980s by allowing juries to convict someone if they merely foresaw that one of their group would commit another crime during the course of their criminal venture. In murder cases, proof that the defendant intended someone to die or that they directly took part in causing the death was not required.

Concerns about joint enterprise were raised during award-winning work by the Bureau of Investigation in 2014, which revealed for the first time that at least 1,800 people have been convicted for homicide crimes using the doctrine since 2005.

We produced the first comprehensive picture of how often the doctrine of joint enterprise had been used in homicide prosecutions. Until our research, there was no such data available, as no official records are kept.

The investigation also found that several leading legal figures had serious concerns that the threshold of foresight was too low and that too many people on the periphery of a crime were being dragged into severe, long-term prison sentences.

The Criminal Law Commissioner, Professor David Ormerod, told us in 2014 the case for reform was “overwhelming” as joint enterprise posed “a risk of injustice”. Lord Phillips, former Lord Chief Justice, told the Bureau joint enterprise needed reform as it was “capable of producing injustice, undoubtedly”.

The Supreme Court has now agreed. “The error was to treat foresight of crime B as automatic authorisation of it, whereas the correct rule is that foresight is simply evidence (albeit sometimes strong evidence) of intent to assist or encourage,” the judges said yesterday. After yesterday’s ruling, to be found guilty now, he or she must intend to assist or encourage the principal offender.

“The court is satisfied after a much fuller review of the law than in the earlier cases that the courts took a wrong turn in 1984. And it is the responsibility of this court to put the law right,” Lord Neuberger said. 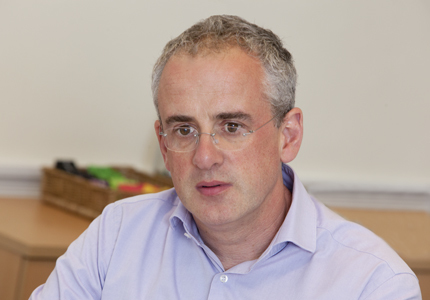 “In future, the police and prosecutors will have to be more discerning and rely less on the ‘dragnet’ approach that the old law encouraged,” he said.

The Bureau’s investigation revealed that between 2005 and 2013, at least 1,800 people and up to 4,590 have been prosecuted for homicide using joint enterprise. Several of those convicted under joint enterprise are now expected to appeal.

Professor Jeremy Horder of the London School of Economics, who also contributed to the our research, said today: “There will probably be quite a number of post 2003 cases where there may very well be substantial injustice if the conviction of an accomplice convicted under the old rules is not reduced to manslaughter.”

The Bureau’s work on Joint Enterprise

The Commons Justice Committee drew heavily on the Bureau’s work in its second inquiry into joint enterprise, and in 2014 called for an “urgent review” of the law. Our statistics have been widely quoted in media reports on joint enterprise, as well as cited in academic reports, such as a recent study by the Centre for Crime and Justice Studies.

As well as producing groundbreaking statistics on the prevalence of joint enterprise, we found concern was widespread among senior members of the legal profession.

The Bureau’s work on joint enterprise won the Bar Council’s legal reporting award for written journalism in 2014. The Council said the report “pulled together ground-breaking research to make a compelling case for a review of the law”.

Simon Natas, of ITN Solicitors, who also helped with our research report, said: “Whilst there has always been disquiet about the forseeability principle within the legal profession, this extraordinary turnaround would surely not have happened without pressure from grassroots campaigners.

“By 2015, both the Justice Committee and Prof Ormerod had called for reform and the writing was on the wall. There have been many landmarks along the way, including the Bureau’s work on Joint Enterprise, which brought much of the empirical data together for the first time and clearly influenced the JSC’s report.” 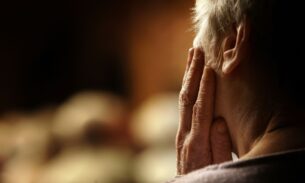