After a year of collaborative, investigative reporting that revealed nobody was counting people who died homeless, we've made great inroads.

We set out with a call to #MakethemCount and now it is finally happening. But after a year of work on such an important and ongoing issue, could we really just break it off and move on?

The Dying Homeless project had started after we learnt that no single body logs how and when people are dying homeless across the country. We set out to do this by collaborating with our network - reporters and citizens - across the country.

After 18 months of work we had found that at least 800 people had died homeless since October 2017. Our network did sterling, collaborative work to tell the stories of those that died in their area. And then, after we shared our methodology, the Office for National Statistics announced it would start producing official data on homeless deaths. Equivalent bodies in Northern Ireland and Scotland said they would look into doing the same. This change will provide the vital first steps of documenting a issue in desperate need of policy and action.

And yet, it didn’t seem enough. Our work had not only quantified the scale of the issue, it had set out to tell the stories of those who died, to remember their lives and explore if and how lessons could be learnt to prevent future deaths. Important though the new official statistics were, those stories still deserved to be told.

We’re a tiny team and there is no shortage of issues that need investigating. So how do we ensure we are not just dropping such an important topic, while moving on to other work?

It wasn't long before we had a solution. The Museum of Homelessness - a community organisation which documents the lived experience of homelessness, volunteered to continue to tell #DyingHomeless stories. They will be continuing the important work of collating the stories of those that died and memorialising them so that they can be seen and read by the public.

Continuing to tell their stories

It’s been a month since the count went up on the Museum of Homelessness site. It’s been a glitch-free transition, which doesn’t mean it was easy or came at no cost. The move meant dedicated teamwork from journalism and tech leads at our end to explain our workings, and a commitment from the Museum of Homelessness to take on tech and verification responsibilities. Going forward our network can now alert MoH to any death they hear of, by filling in a simple form, and the stories of the people who have died can be viewed here. 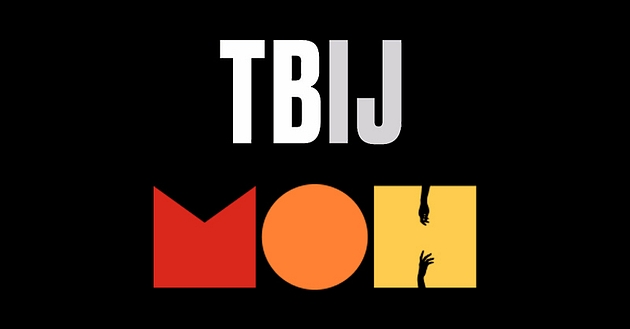 We have also held a roundtable event for some of the key people we worked with as part of the investigation, to listen to their insights on how the investigation went and to ask for their input on what else we should be looking into.

We know there is huge expertise out there and, during the course of these long investigations we would often look to experts for their thoughts and guidance. They would often tell us of things that didn’t quite fit under the remit of the investigation we were working on. These roundtables were a chance to open up those conversations again, so we could hear from those with an ear to the ground, and discuss what is the next area that deserves our attention.

Participants suggested a look into structural housing issues, including those responsible for housing vulnerable people and those profiting from council outsourcing.

One striking bit of feedback was that this investigation gathered this community of reporters, volunteers and NGOs together for the very first time. There was praise for the handling of the Dying Homeless investigation, the sensitivity it was carried out with, and the increased awareness of homelessness and homeless deaths amongst the media and key policy and decision makers.

Read the full write-up of the meeting here.

In the meantime, our journalist who led on the project, Maeve McClenaghan, has been awarded a Bertha Foundation fellowship to investigate how profits, politics and property intersect to contribute to land and housing injustice. The insights that we gain from experts, from people on the ground, and from our network as we transition from the Dying Homeless investigation, will help inform how that work is developed.

We want to engage our network earlier on in the investigative process and be more transparent about our decision process, following requests from our network. So we will be getting in touch soon to ask for your thoughts and opinions on what we should be looking at next. Stay tuned for more on that in the coming months.

Museum of Homelessness co-founder, Jess Turtle, on collaborating with the Bureau Local

“Almost one month in now to leading the Dying Homeless project, we are angered and saddened that so many are still dying unnecessarily. We are receiving many reports of deaths on the streets and in temporary accommodation and we're hard at work behind the scenes to verify reports prior to publishing.

In the very early days of MoH, our founder member group were very keen that a Museum of Homelessness would have a space within it where people could remember those who have left us. Everyone in MoH has lost people who are dear to us before their time and we wanted to honour that and also open up a space for the wider community. Taking over the count is therefore a step for us that is core to our purpose and something that we will be honoured to continue.

This collaboration between MoH and the Bureau is pretty rare, I think. We haven't worked in this particular way with any other media organisation before, and I can't think of another instance where a media organisation hands over a project to a museum to continue it. It seems to me that in both grassroots social justice cultural sector and journalism, we are worried about short-term projects and not being able to keep things going. This is a really good example of two fields coming together to find a solution to that.”

If you are aware of someone who has died while homeless, since the start of October 2017, please visit the Museum of Homelessness site to submit an entry. You can also access the form here.