What are we investigating and why does it matter?

Climate change is the greatest challenge of the 21st century, and extreme weather events, environmental devastation and pollution are felt in neighbourhoods and communities all over the world. But we cannot talk about climate change without talking about our food systems.

Farming and food account for more than a third of man-made greenhouse gas emissions. Increasing use of land for agriculture is encroaching on the last wild spaces on the planet, driving the loss of biodiversity and forcing indigenous people from their homes.

Since the emergence of intensive farming after the second world war, food has increasingly become a business with low margins that rewards giant companies. The pace of technology has only worsened this concentration of power. The system puts pressure on small farmers, exploits workers and affects those living near large-scale intensive farms. And the problem is global, with Western demand for meat being met by low- and middle-income countries – outsourcing the emissions, the pollution and the human and ecological consequences.

What does the Bureau bring?

Our Eating the Earth project focuses on the environmental impact of industrial farming, exploring agriculture’s contribution to the climate emergency and the rise of antimicrobial resistance: two global crises that are inflicting grave harms.

Investigative journalism has a key role to play in addressing these crises and the Bureau’s unique impact-focused model will ensure our reporting helps to create change. We will uncover evidence of wrongdoing and reveal the forces and systems at play that drive environmental destruction.

We are not only interested in emissions but also in the ecosystems, biodiversity and livelihoods being lost to the crisis. We mean to give a voice to those who are usually unheard, including people in countries where the food the rich world eats is farmed. Human stories are vital to understanding the climate emergency and its potential solutions.

What do we want to achieve?

The role of fossil fuels in the climate crisis is well known. We want to put Big Agriculture as firmly on the map as Big Oil, making the public more aware of how food systems are responsible for ecological destruction. We will publish widely to reach new audiences, as well as those most affected by the issues we cover to empower them to take action. We will also bring our findings directly to those best placed to create change, from local communities to those in power.

Our goal is to illuminate the obstacles to potential solutions, including scrutinising the companies that dominate the global food trade and holding power to account, from governments to supermarkets.

Every single person has a right to healthy, affordable food, and no one should suffer for it. We hope to help to bring about fairer, healthier and environmentally sustainable food systems. 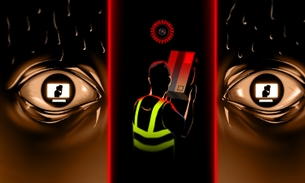