In December 2009 a Jordanian doctor, Humam Khalil al-Balawi was brought clandestinely to a secret CIA base in Afghanistan. A well known militant, he had been recruited by the US intelligence services to infiltrate al Qaeda in Pakistan. Or so they thought.

The meeting was intended as a debrief. Instead Balawi detonated a suicide vest bomb and killed seven CIA agents, including the head of the operation. Also killed were Balawi’s Jordanian handler (a member of that country’s royal family) and two private contractors with Blackwater.

The Pakistan Taliban (TTP), the Haqqani Network and al Qaeda all claimed to have played a role in the deadly strike.

The audacious and successful attack is one of many in a counter-campaign run by al Qaeda, the Taliban and others against the CIA. These include a number of assaults on secret bases along the Afghan-Pakistan border. And on September 26 a CIA employee was gunned down at the Agency’s Kabul compound by an Afghan employee. 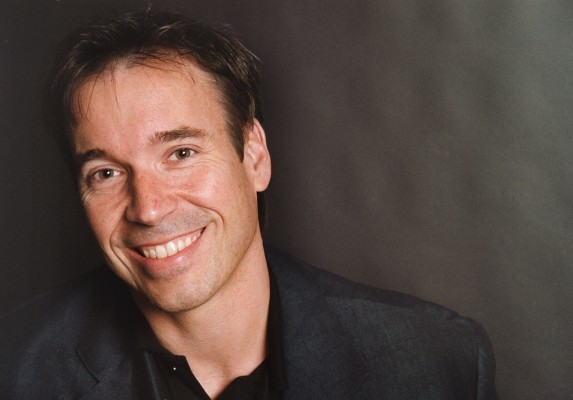 In a new book The Triple Agent, Joby Warrick, a Pulitzer Prize-winning security correspondent with the Washington Post, has written an extraordinary account of the 2009 suicide attack by Balawi, providing crucial detail and context to the attack. His book also carries extensive details of the ongoing covert drone war inside Pakistan.

The book is based on frank interviews with US intelligence officials and the Pakistan Taliban, and lays bare a simmering feud between the CIA and Pakistan’s intelligence service the ISI which long pre-dates this year’s killing of Osama bin Laden.

Here Warrick talks to the Bureau about his research and findings.

Were you surprised at how open those in the US intelligence community were, given the secrecy surrounding the CIA’s drone campaign?

Warrick: It was a slow and somewhat begrudging effort at first to help, and you know, this is difficult turf for the CIA but some people felt that if it’s going to be told then it should be as accurate as possible.

How co-operative were the Pakistan Taliban (TTP) with you?

JW: [There was] a willingness not only to talk about Balawi but to brag about it. This was a case that as far they were concerned was a home run, a huge success, and everyone wants to take credit for it and they all had a Balawi story. Some of them I ended up just disregarding, they were just too fantastic or I wasn’t able to get enough collaboration. But there are multiple people who were interviewed who had known directly about these incidents, who were quite willing to talk about them and give their view of what an epic, heroic campaign this was.

US-Pakistani relations appear to be at an all-time low – does the book offer any insights into that?

JW: Probably the main thing it does is it brings out the level of distrust between these two intelligence services [ISI and CIA] that are supposed to be working together but really don’t talk very much and don’t trust each other. As the book explains, this very complex operation was being run, using an agent inserted into Pakistan without Pakistan’s knowledge, there were communications back and forth, transportation back and forth, all sorts of elaborate plans laid out, with great care taken that Pakistan never knew that any of this was going on. There was a fear that if Pakistan at any level, even at the highest level, knew about this agent, then he would be compromised and the whole thing would blow up. So, Pakistani folks I talked to after it happened were just amazed and very angry that in yet another case, all this effort was being expended without anyone bothering to tell them what was going on.

You reveal the existence of a supposed TTP ‘dirty bomb’ plot in 2009. Are you sure of it?

JW: It was, as described to me by multiple [US] officials involved in it, it was a frightening moment, they really thought that the Taliban had something, … I was just stunned it had managed to stay out of the spotlight. No one had ever mentioned it. And they went on full alert, were working diligently with the Pakistanis, trying to figure out if this was a real threat, of where it was and what it was… But it came up in their eavesdropping a couple of times, in a way that confirmed this was something the Taliban was very intent on using. And so the US administration took it very seriously, right up to the highest levels of the NSC [US National Security Council].

Time after time the drone strikes themselves are cited as the reason for attacks by the TTP and others. Is there any sense of concern in the US intelligence community that the very results they’re generating might be creating problems for the future?

JW: You look at the words of these suicide bombers themselves, including Balawi, and they cite these strikes, Balawi in his martyrdom video, saying ‘Don’t think you can just push buttons and kill people over here and get away with it. We’re going to come for you in unexpected ways.’ That was his farewell message to the CIA. I think on some level they’re certainly aware of it, aware that [drone strikes] have consequences and that’s why in their own words they try to be very careful.

But on the other hand they [the US] honestly believe that this is the best tool that they’ve got. And that short of a much longer and more complicated undertaking of trying to change views, reduce the extremism and hostility which is not such an easy thing to accomplish, this is the only recourse they have, the only way of reaching into a place like the tribal areas, and stopping al Qaeda from being able to plan that thing. And they look at the people they’ve been able to take out, and they believe on balance that it’s made the world safer, or at least our world. Though of course the final chapter still has to be written on that.

Is there a risk of others like Balawi or is he a one-off?

JW: It’s an endless stream of potential volunteers, and these are people, as you see from Balawi himself, some quite educated, sophisticated, who understand the West, they’re not coming at this with some naïve sense that they’re just fighting a holy war, against faceless infidels. They know who we are and they’re very upset about our policies and the suffering of their kinsmen in the Muslim world, and I think that this is certainly a generational problem. There’ll be more Balawis, more incidents like this, and we’ll be extremely fortunate if it doesn’t result in a really large-scale attack on a Western city.