Hunting for clues. What does the new health secretary have in store for the NHS.

Just a few months ago, Jeremy Hunt’s job as culture minister looked to be hanging from a thread. After compromising text messages between Hunt and Murdoch’s chief lobbyist seemed to suggest that the politician in charge of ruling on the News Corp takeover of BSkyB was less than fully impartial, the knives were out.

But far from losing his job, Mr Hunt has instead found himself promoted. In Cameron’s first reshuffle, Andrew Lansley – the first health secretary ever to have votes of no confidence passed against him by both the Royal College of Nurses and the British Medical Association – was expectedly shunted off to the less controversial role of Leader of the Commons. Mr Hunt was called on to take over at the Department of Health.

Lansley’s Health and Social Care Act, which passed into law despite concern from both the public and the medical profession, was most controversial for opening the supply of healthcare provision to ‘any qualified provider’ (ie. allowing private companies to bid to takeover any NHS service).  This concern will not, it is clear, go away.

Since his appointment, critics have pointed to various clues in Mr Hunt’s political history that suggest that the new health secretary is unlikely to be squeamish about continuing the promotion of private companies into the NHS.

One worry comes from Mr  Hunt’s role overseeing Danny Boyle’s Opening Ceremony for the Olympic Games, in which hundreds of dancing Great Ormond Street nurses and luminous hospital beds celebrated the post-war creation of the world’s first single payer healthcare system. Reportedly, on being presented the plans for the show by Boyle’s creative team, Mr Hunt tried to persuade the director to remove the sections featuring the NHS.

Another lead lies in a book co-authored by Mr Hunt in 2005, just after he was elected as an MP. The short book entitled Direct Democracy: An Agenda for a New Model Party, contains a plan for the NHS to be denationalised and replaced with a system where individuals purchase healthcare off a variety of competing private providers.

Mr Hunt denies writing the chapter containing this blueprint for the NHS and says that it does not reflect his views.

But the most telling clue about the direction he will take as health minister lies in steps he has taken as a constituency MP. Earlier this year, Mr Hunt’s constituency of South West Surrey became the location of one of the biggest deals between the NHS and a private healthcare contractor yet seen. In March this year, just days after the Health and Social Care Bill received royal assent, Assura Medical, which is majority owned by Richard Branson’s Virgin signed a £650m deal to run a wide variety of Surrey’s healthcare services. When delays held up the signing of the deal between Surrey’s NHS trust and Branson’s company (which has since become Virgin Care), Jeremy Hunt stepped in, writing to the head of Surrey’s Primary Care Trust to try to hurry the deal along.

A series of investigations by the Bureau last year suggested that the public are right to be wary of private involvement in health care. Our investigation into Independent Sector Treatment Centres (ISTCs), a showcase New Labour scheme aimed at bringing the private sector into the NHS, revealed that over £500m of tax payers money was wasted on botched contracts, including a bill for £200m for operations that never happened.

A separate Bureau investigation found a culture of secrecy inside the NHS, including routine gagging of whistleblowers and rejection of Freedom of Information requests.

This is of concern going forward.  The further involvement of private companies, who are exempt from the Freedom of Information Act, in the NHS could herald a detrimental move towards even less transparency inside the nation’s biggest employer.

The Bureau also saw internal Department of Health documents which suggested that the real impetus behind allowing private companies to bid for NHS contracts was not ‘patient choice’ as is often stated but cost cutting.

If this isn’t enough of a concern, one more thing needs to be considered.

The man newly put in charge of the nation’s health policy is on record as supporting spending public money on homeopathy. He signed this 2007 Early Day Motion:

That this House welcomes the positive contribution made to the health of the nation by the NHS homeopathic hospitals; notes that some six million people use complementary treatments each year; believes that complementary medicine has the potential to offer clinically-effective and cost-effective solutions to common health problems faced by NHS patients, including chronic difficult to treat conditions such as musculoskeletal and other chronic pain, eczema, depression, anxiety and insomnia, allergy, chronic fatigue and irritable bowel syndrome; expresses concern that NHS cuts are threatening the future of these hospitals; and calls on the Government actively to support these valuable national assets.

It’s enough to make you want a glass of water. 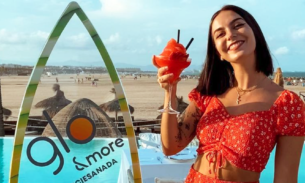