According to work by the Bureau of Investigative Journalism published today, more than 600 former unaccompanied asylum seeking children have been sent back to Afghanistan since 2009 – their claims and appeals rejected.

Having lived in Afghanistan for the last three years, I have met more than 100 of those who have been deported from European countries, including Denmark, Norway, Sweden and the UK and been asked to prepare expert reports for dozens of those facing removal, including children who arrived aged 12, 13 and 14.  As a result, I am familiar both with the Home Office perspective, detailed in refusal letters, and the situation facing those who are returned.

For some European countries, deportation to Afghanistan remains unconscionable. Afghanistan is a country in conflict, riven by corruption and with a culture of impunity that protects the powerful and leaves the weak exposed to a wide and shocking range of human right abuses.

For these reasons, there is a blanket ban on deporting unaccompanied children under the age of eighteen when it is not possible to return them to their families or to safe reception conditions. Children who have arrived with their families – no matter how young – can be deported with their families, but only the Scandinavian countries are actually deporting families. I have written elsewhere for The Conversation of how traumatic these forced family returns are.

Plans by a small group of EU states to create a ‘safe reception area’ foundered last year, due partly to resistance from civil society in those countries, given the impossibility of guaranteeing the safety and welfare of unaccompanied minors, and partly due to resistance in Afghanistan.

However, as the Bureau article notes, once the child reaches 17.5 years old, their discretionary leave expires and they become ‘deportable’. The report notes a high rate of initial rejections of the child’s claim though some of these are overturned on appeal. Many of the refusal letters that detail the reasons for rejection of the appeal cite the child’s failure to appeal at the time of the initial refusal as evidence that the child accepted the decision.

Since these are young teenagers with limited English and no understanding of legal bureaucracy or terminology, this has always struck me as a particularly egregious and cynical tactic.

Frequently, the asylum claim and the appeal stand or fall on the credibility of the child’s account of their life and experience in Afghanistan. Accounts are sometimes fabricated, in some cases because the child, on the advice of those around him (friends, agents), prefers to use a ‘case’ that they know has succeeded rather than risk telling the truth – especially when they don’t understand what is expected of them and are intimidated by the asylum system. Having conducted in-depth interviews with some of those who have returned, it is clear that in some cases had they explained the real reasons they had left, they would have had grounds to remain.

Home Office decisions on a child’s credibility are based on Country of Information reports; occasionally, when a lawyer can persuaded the Legal Aid Agency to fund them, on expert reports; and on ill-founded assumptions about what would be reasonable or normal behaviour in a country about which the decision-maker knows nothing.

The Country of Origin reports are a compilation of information garnered from organisations such as UNAMA, UNHCR, UNDP, OCHA, government departments such as the US State Department, DfID, and occasional fact-finding missions. These are usually compiled by people living in secure compounds who move around the country in armoured vehicles with police escorts and have little or no contact with the local population. 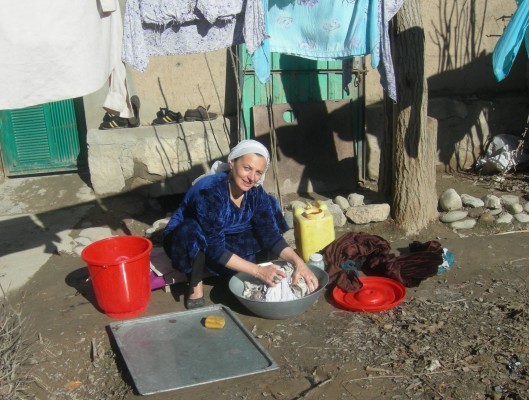 The CoI reports also cite ‘expert reports’ that are prepared by those who have some knowledge of the country of origin, though again this expertise (overwhelmingly, but not exclusively, male; and overwhelmingly, non-Afghan) is often based on multiple very short visits (usually a matter of days) over a number of years staying in secure hotels and communicating with ‘locals’ through interpreters. There are exceptions: there are a handful of ‘experts’ who have lived in the country, conducting ethnographies, and learning the language (including Giustozzi, Harpviken and Monsutti).

These reports can quickly become outdated as the situation changes rapidly. Nonetheless, the refusal letters reveal a ‘culture of disbelief’ in which evidence that confirms the child’s statement is cited, but then either disregarded or twisted to justify rejection of an applicant the Home Office has already decided is lying or failing to cooperate. Reports that the Taliban recruit children between the age of 12-16, for example, are cited as evidence that at 18, the person to be deported no longer has to fear such recruitment. A failure to report threats or attacks to the police ‘proves’ the claim is fabricated although reports show 80% of the population would not go to the police. The size of the Afghan Forces is cited as evidence that someone could turn to them for protection, regardless of the challenges facing those forces or their capacity to them. Even President Ghani has accepted that the ANSF are too busy trying to fight insurgents to provide protection to individuals (March 2015).

A ‘failure to cooperate’ also undermines credibility and is frequently evidenced by the child’s ‘failure’ to provide birthdates for himself, his parents or siblings – though birthdates are not widely known or recorded in Afghanistan; or to provide an accurate chronology of events, though this is almost impossible for any child in Europe, but particularly in Afghanistan where dates simply do not carry the same weight. I have just witnessed an argument between two educated men over the year in which President Najibullah was killed, as the young man said he was ‘about two when that happened’ – but neither of them could be sure exactly what year (never mind what day or month) it was.

Finally, the fact that the child arrived in the UK and managed to learn English and adapt to English culture is used to claim that, even though “it is always challenging settling in a new environment”, he should be easily able to reintegrate into Kabul even if he has no family or networks there. Here the Home Office chooses to ignore the help and support afforded to the child on arrival in the UK and the complete lack of such support in Afghanistan. From my experience, the small amount of financial support available to these young men on return is inevitable used to leave Afghanistan again – convinced as they are that they will not be able to survive there.

From the refusal letters it is incontrovertible that the asylum process in the UK is designed not to identify those in need of protection, but to keep to a minimum those granted asylum. If the Home Office was serious about protecting those who meet the criteria of the 1951 Geneva Convention, or who risk serious abuse of their human rights, it would allow the decision-makers time to develop some expertise for a particular country. This would shift the emphasis from disproving claims to discovering whether an individual has a well-founded fear of persecution. And whatever evidence is examined should be done so in good faith and not as means to disproving the claims of a newly arrived unaccompanied minor.