Here is our 2018 annual report, containing our recent financials and an overview of the work we've done over the past year and the change we've been involved in achieving.

Here are our highlights from a busy year at the Bureau.

This Annual Report is also available as a PDF. You can see the PDF version in the box below, or download the full version. 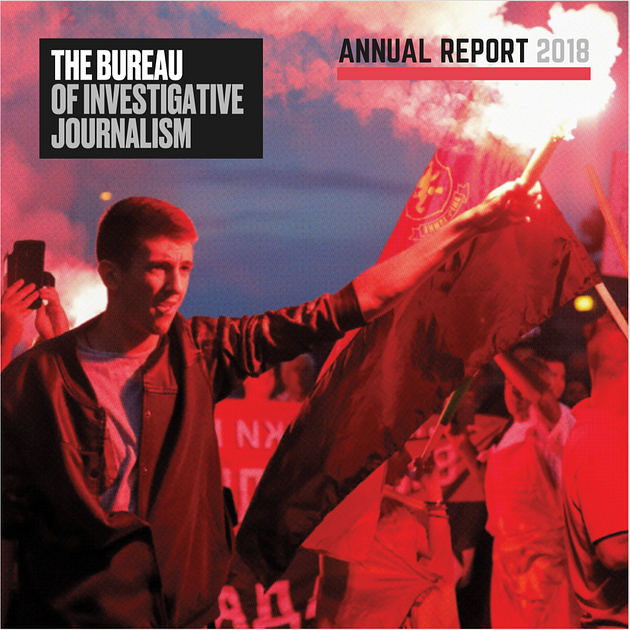 In 2018 as our world confronted seismic international events, we continued to shine a light on areas that the wider media ignore. We brought important but under-reported issues to the front pages and into public debate, sparking change at a local, national and global level.

We focused on six key areas affecting individuals and communities across the UK and internationally, because digging deep over a sustained period of time is how our journalism can make a lasting difference.

We looked at superbugs and the impact of antibiotic resistance - the world’s biggest threat to public health - with the clock about to be turned back on decades of medical advances. Global efforts to eradicate diseases such as TB, typhoid and malaria, to reduce child mortality rates and to improve outcomes for patients in some of the world’s poorest countries are all being challenged as important medicines increasingly do not work. Our reporting revealed actions and decisions that are exacerbating this, highlighting where change is needed.

Transparency and accountability in lobbying, PR and spin were areas of concern at the Bureau long before the world coined the phrase “fake news”. As information manipulation has reached new heights the Bureau has continued to keep readers informed about the means by which the powerful aim to influence public opinion.

Our award-winning drones team widened its brief, tracking how Western superpowers fight Shadow Wars – the conflicts that don’t make the front pages. We investigated CIA-supported local militias and how private mercenaries are increasingly the go-to-force. We continued our work in Afghanistan – the forgotten war – digging into the continued drone and air war.

In 2018 we took on new investigations too. We exposed major issues in industrialised farming and gave readers information on how this impacts the food they eat. This global industry is controlled by a handful of little- known supercompanies and individuals exploiting the growing demand for animal protein - one of the most significant changes to food production across the world.

Working collaboratively with individuals and organisations across the UK, through Bureau Local we took on local authorities and the government’s failure to properly fund them, digging into their creaking finances and the dramatic cuts being made to support services for the most vulnerable people in our country.

We also exposed the shocking numbers of homeless people dying in the UK. Can there be a greater litmus test of the failure of the fabric of our society than measuring our efforts to overcome homelessness?

Bureau Local continues to have a widespread impact on the journalism ecosystem. Since its launch less than two years ago, our team has built a community of over 800 members who have worked together on 10 investigations, producing more than 280 exclusive local stories. Our innovative approach has been recognised through numerous awards and we have been working with not-for-profit news organisation Correctiv in Germany to replicate the model over there.

Significant growth this year in publishing partnerships means our findings have reached millions of readers, with work carried in the Guardian, the Telegraph, the Times, the New York Times, the Hindu, the Malawi Times and many local and specialist publications. Our work was also broadcast widely by Channel 4, ITV, the BBC and CNN.

We welcomed new funding partners on board too. Luminate, Rudolf Augstein Stiftung and Lankelly Chase Foundation joined our long-term supporters, including our founders David and Elaine Potter who share more on their commitment to the Bureau at the close of this Annual Report.

It has been a great privilege to lead the Bureau through 2018, to have the opportunity to work with dedicated, brilliant journalists, enthusiastic and supportive funders, collegiate publishing partners and collaborators, and interested, engaged readers.

In 2019 we will listen more to all these valued constituents of our Bureau community to inform our progress and success in these turbulent and fast changing times.

Thank you for your support.

Contributed by Frankie Goodway (The Bureau of Investigative Journalism)