Twitter
Cecilia Ferrara is a freelance journalist, co-founder of the Investigative Reporting Project Italy (irpi.eu), the first centre for investigative journalism in Italy. After ten years of radio journalism in Florence she moved to the Balkans and became an expert of Balkan politics, society and organised crimes and living in Sarajevo and Belgrade between 2007 and 2010. Back in Italy, in 2012, together with other journalists with an international background she founded the Investigative Reporting Project Italy. She contributes to Italian and International media outlets such as Il Fatto Quotidiano, Il Dubbio, Mediapart, Le Jeudì, OCCRP and she's been a producer for Al Jazeera, France 2, TF1, DR1. 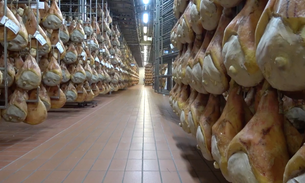 Battle for the future of Parma ham