Iván Ruiz is an award-winning investigative journalist specialising in corruption, money laundering and health businesses. For the past twelve years he has worked as political correspondent at La Nacion, one of the largest newspapers in Argentina. His investigations have led to many court cases and the firings of several officials. Iván also works as editor of Connectas for transnational investigations in Latin America and is a current member of the International Consortium of Journalists (ICIJ). He has taken part in collaborative projects such as the FinCEN Files, The Implant Files and the Panama Papers, which earned him a shared Pulitzer Prize (2016). Ivan won the Data Journalism Award (2013), Fopea Argentinian National Prize (2017 and 2020) and received an honourable mention in Colpin (2019). He has published many stories on the Covid-19 pandemic with La Nación Data. 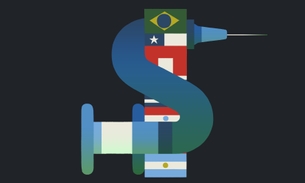