Email Twitter
Andrew is an award-winning investigative journalist specialising in food and farming issues. He is the cofounder of the ethical investigative agency Ecostorm and was editor of the Ecologist magazine between 2010 and 2012. His book, the Ecologist Guide to Food, was published in 2014. As well as reporting extensively for newspapers and magazines in the UK and beyond, he’s coproduced films for the Guardian, Channel 4 News and KCET/Link TV, among others.

More than 10% of sampled pork products, including joints, chops and mince, have found to be infected with a bacteria that showed resistance to a ‘last resort’ antibiotic used to treat serious illnesse... 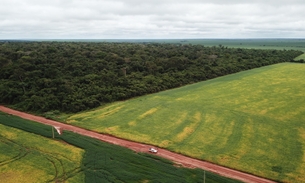 More than 1,000 sq km of the Amazon has been felled on Brazilian soya farms over the past decade, despite an internationally recognised agreement to protect the rainforest, an investigation can reveal...