Cat initially trained as a finance reporter with Euromoney before moving into programme-making. Named a filmmaker of the future by Channel 4 early in her career, she has also written for the Observer and presented for the World Service. This cross-platform work saw her named a Woman of the Future, an award for high-achieving women under 35. In 2019 she was nominated for the Harold Wincott award for a BBC Panorama investigation into the treatment of hundreds of thousands of ex-Northern Rock mortgage holders, which led to the creation of an APPG on Mortgage Prisoners and a group legal challenge. 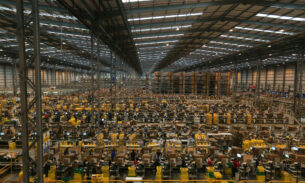 Although the majority of those housed in hotels during the pandemic have no recourse to public funds, there is no national plan to help them stay off the streets

After an unprecedented effort to get ‘Everyone In’, the long-term fate of the homeless is uncertain