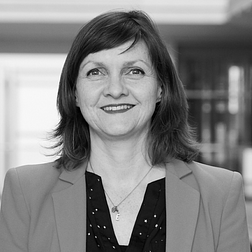 Email
Emily has a background in news journalism, working at the BBC and ITN’s Channel 4 News. Most recently she was head of home news at Channel 4 News, focusing particularly on increasing its UK-wide reporting, supporting the launch of a bureau in Glasgow, and expanding award-winning journalism in Manchester, Nottingham and Cardiff. The stories and investigations she led during this time spanned subjects such as drugs deaths in Dundee, Covid-19 testing lapses in adult social care and knife-crime deaths among children, winning awards including RTS TV Journalism Awards, Mind Media Award, Bafta Cymru and the Criminal Justice Alliance Outstanding Journalism award. She spent four years in Washington DC as Channel 4 News’s news editor there. She previously worked at the BBC as an output editor on the Today programme.
✕