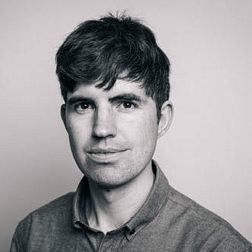 Email Twitter PGP
Based in Lancashire. Gareth is an award-winning Reporter, who specialises in public interest and investigative journalism. As the chief reporter of the Croydon Advertiser, a weekly newspaper in London, he won 10 awards in five years, including Weekly Reporter of the Year at the Regional Press Awards a record four times. Since joining the Bureau in 2017, Gareth has focused on the local government funding crisis and its impact on communities. This includes a data-led investigation revealing which local authorities were heading for financial collapse, the public spaces such as libraries and communities centres being sold off and the increasingly risky methods councils have turned to in order to generate extra revenue, including billion pound investments in property. Gareth grew up reading the Southampton Advertiser the Southern Daily Echo. Having moved to Lancashire, he reads the Blackpool Gazette and Lancashire Post (formerly the Evening Post).
✕