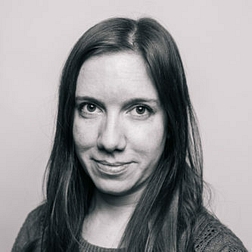 Email Twitter PGP
Based in: Macclesfield, England. Maeve is an experienced investigative journalist who has written for Buzzfeed UK, the Guardian, the BBC, Vice News, and others. She has worked with whistleblowers, leaked documents, large datasets and vulnerable sources. She joined The Bureau Local from Greenpeace's Energydesk in 2017. Maeve has won many awards for her journalism including the Bar Council's Legal Reporting Award, the Royal Statistical Society Award and the Insight Through Journalism Award. She has been nominated for the Orwell Prize three times. At the Bureau Local, Maeve specialises in homelessness, housing and employment. She ran the Bureau Local’s award-winning #MakeThemCount and #LockedOut investigations, is the author of No Fixed Abode (a result of her homelessness reporting) and is the creator and host of The Tip Off podcast. Maeve grew up reading the Northwich Guardian and she is a big fan of the dogged reporting of the Manchester Evening News.
✕