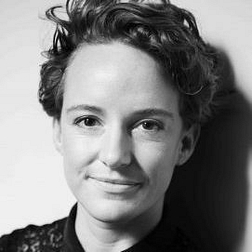 Email Twitter PGP
Based in Walthamstow, east London. Megan, formerly the data editor at the Times and Sunday Times, was part of the first data journalism team at the Times and led its development from a small supporting unit to a key component of investigations. She was part of the award-winning Sunday Times Insight report that revealed the widespread use of blood doping in the Olympics. As Director of Bureau Local, Megan built its collaborative, bottom-up investigations team and has overseen its collaborative investigations since 2017. This has resulted in more than 500 local, investigative stories and was done in partnership with 1,500 collaborators across the UK. Megan is currently leading on the Bureau’s People’s Newsroom initiative, a programme supporting the creation and sustainability of community journalism projects. Megan is a fan of community-owned news outlets, such as the Bristol Cable, and is a member of her local paper, Waltham Forest Echo. She’s inspired by initiatives reimagining journalism and building community power such as Media 2070 and Tiny News Collective.
✕