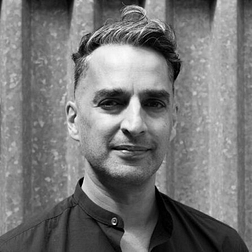 Email Twitter
Based in Glascoed. Shirish has more than 25 years’ experience in journalism, initially in TV newsrooms at ITN and Sky, before returning home to Wales to go freelance. His work uncovering the British Steel pensions scandal won a Wales Media Award and led to a parliamentary inquiry and a ban on pensions cold-calling. He’s currently working on the Bureau’s People’s Newsroom initiative, leading on the design of a community journalism project with the Ethnic Minorities and Youth Support Team in Swansea. Alongside his part-time work at Bureau Local, he’s also researching innovative forms of news storytelling and is part of Collective Cymru, the team producing Galwad – Wales’ project for Unboxed: Creativity in the UK. Shirish is a big fan of the work done by publications grounded in community, like Caerphilly Observer, Greater Govanhill and Cwmbran Life.
✕