The Bureau has identified credible reports of 168 children killed in seven years of CIA drone strikes in Pakistan’s tribal areas. These children would account for 44% of the minimum figure of 385 civilians reported killed by the attacks.

Unicef, the United Nations children’s agency, said in response to the findings: ‘Even one child death from drone missiles or suicide bombings is one child death too many.’ 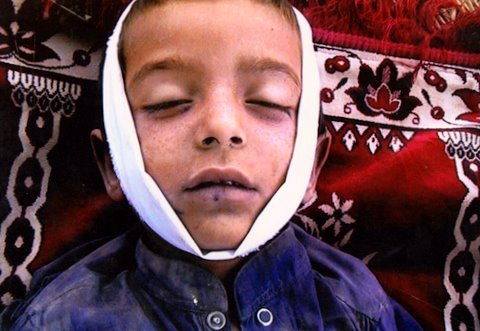 Children have been killed throughout the seven years of CIA strikes.

Pakistani father Din Mohammad had the misfortune to live next door to militants in Danda Darpakhel, North Waziristan. His neighbours were reportedly part of the Haqqani Network, a group fighting US forces in nearby Afghanistan.

One of the Hellfires missed its target, and Din Mohammad’s house was hit. He survived. But his son, his two daughters and his nephew all died. His eldest boy had been a student at a Waziristan military cadet college. The other three children were all below school age.

Although the Bureau’s field researchers have verified the details of this strike, the US continues to deny civilians are being killed in Pakistan strikes.

Those who died that day are just four of some 168 children credibly reported as killed and identified by the Bureau.

‘One in three’
The highest number of child deaths occurred during the Bush presidency, with 112 children reportedly killed. More than a third of all Bush drone strikes appear to have resulted in the deaths of children.

On only one occasion during Bush’s time in office did a single child die in a strike. Multiple deaths occurred every other time.  On July 28 2008 for example, CIA drones struck a seminary in South Waziristan, killing al Qaeda’s chemical weapons expert Abu Khabab al Masri along with his team (see B18) . Publicly the attack was hailed a success.

But the Agency’s strike also killed three young boys and a woman. Despite the secrecy surrounding the drones campaign, details emerged in May of this year that not only was the US aware of this ‘collateral damage’, but that the then-CIA chief Michael Hayden personally apologised to Pakistan’s Prime Minister Gilani for the error.


Religious school attacked
It is one of the worst incidents of the entire drones campaign, yet one of the least reported. A CIA strike on a madrassa or religious school in 2006 killed up to 69 children, among 80 civilians.

The attack was on a religious seminary in Chenegai, in Bajaur Agency.

CIA drones attacked on October 30, flattening much of the school. Their target was reportedly the headmaster, a known militant. According to some reports, there was also a token late contribution to the assault by Pakistani military helicopters. But dozens of children were also killed, the youngest aged seven.

Veteran BBC Urdu journalist Rahimullah Yousufzai, speaking from Peshawr, recalls visiting the village just after the strike: ‘People were devastated. I met with a father who had lost two children. He was very patient, talking of how God must have willed this, but he was clearly traumatised.’

Initially the Pakistan Army claimed that it had carried out the bombardment, even as shops and offices closed across the region and protests spread. But as the scale of the attack unfolded, the story changed. The Sunday Times carried a report from a key aide to Pakistan’s then-President Musharraf stating:

We thought it would be less damaging if we said we did it rather than the US. But there was a lot of collateral damage and we’ve requested the Americans not to do it again.

A week after the attack, The News published the names and home villages of 80 victims. 69 were reported as children aged 17 or under. According to the paper’s sources:

Yousufzai is adamant that the attack was the work of the CIA: ‘I am absolutely confident, 100 per cent, that this was carried out by US drones, based on witnesses at the time and the subsequent comments of [Pakistani] government officials.’

Escalating War
President Obama, too, has been as Commander-in-Chief responsible for many child deaths in Pakistan. The Bureau has identified 56 children reported killed in drone strikes during his presidency – although child deaths have dropped significantly in recent months.

On February 14 2009 the 8-year-old son of Maezol Khan lost his life. More than 25 alleged militants were killed in a massive strike on a nearby house. But flying shrapnel killed the young boy as he slept next door. His grandfather later asked asked: ‘How can the US invade our homes while we are sleeping, and target our children?’ 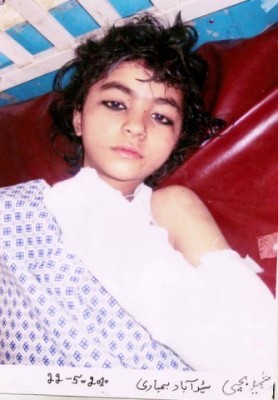 But one 2009 incident in which children died gives a chilling insight into the tactics of those the CIA are hunting. On August 11 of that year drones attacked an alleged Pakistan Taliban compound, killing up to 25 people. At the time there were reports of women and children killed (see Ob31).

Two years later, young survivor Arshad Khan, now in Pakistani police custody, told reporters that the compound was a training camp for teenage suicide bombers. He named four young victims. Arshad says he was recruited without realising he was to be a suicide bomber.

Even one child death from drone missiles or suicide bombings is one child death too many. Children have no place in war and all parties should do their utmost to protect children from violent attacks at all times.

Reducing deaths
There are indications that the Obama administration is making efforts to reduce the number of children being killed. Following the incident in September 2010 that killed Din Mohammad’s children, and another strike just weeks earlier in which a further three children died, there has been an apparent steep fall in the number of child fatalities reported by media.

That is partially in line with claims by some US intelligence officials that drone targeting strategies have been altered to reduce civilian casualties. Although the Bureau has demonstrated that CIA claims of ‘zero casualties’ are false, there are fewer reports of child casualties since August 2010. 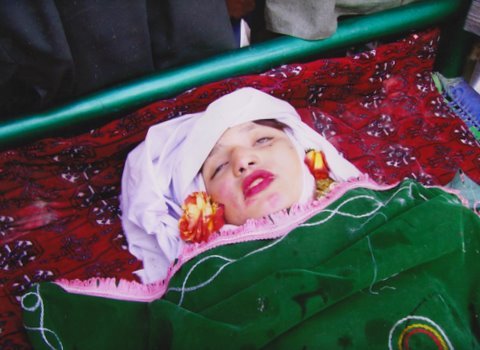 Along with two undefined reports of ‘children killed’, a 17-year-old student was killed in November last year. And on April 22 2011 two drones destroyed a house and guesthouse in Spinwan, North Waziristan. A 12-year-old boy, Atif, was killed in that strike, according to researchers working with the Bureau in Waziristan.

All these children are a big recruitment agent for militants in the area. When you can show people that children are being killed in the drone strikes, all those who are so far non-aligned, that gets them onto the other side. That is what most worries me as a Pakistani.

A US counter-terrorism official, commenting generally on the Bureau’s findings, denied that civilians were being killed in the numbers suggested and said: ‘Nobody is arguing perfection over the life of the program, but this remains the most precise system we’ve ever had in our arsenal.’

* For this research, we have adopted the UN’s definition of a child as being someone aged between 0 and 17. The majority of those we have come across have been significantly younger than 17.