More safety incidents have occurred on the Jubilee Line than any other on the London Underground in the past five years, the Bureau can reveal.

Our analysis of Transport for London’s own accident database, obtained through a Freedom of Information request, shows that over 3,100 accidents are attributed to the Jubilee Line, despite the fact that the line carried fewer passengers last year than the Northern, Central or District lines.

The database reveals that 18,677 accidents occurred across the entire Tube between January 2006 and March 2011, with 835 serious accidents and 188 fatalities. The majority of accidents recorded are classed as ‘minor’ injuries, such as cuts and bruises.

The revelations come as union bosses express concerns about the Tube’s ability to cope with the increased traffic numbers expected at next year’s Olympic Games.

Olympic Games
Keith Norman, general secretary of train drivers’ union ASLEF said: ‘We’ve always got serious concerns about safety on the Underground as it’s the oldest and busiest network in the world, and next year it’s going to be stretched more than ever.’

He also expressed concerns that a move by London Underground to automate some tube trains and remove drivers could exacerbate the likelihood of injury. ‘We’re concerned about suggestions by the mayor that trains could operate without drivers,’  he said. ‘If the technology fails, we need a human there as a last resort.’

A high number of accidents are recorded at stations that are major transport hubs such as Waterloo and London Bridge, both of which have catalogued high numbers of incidents. 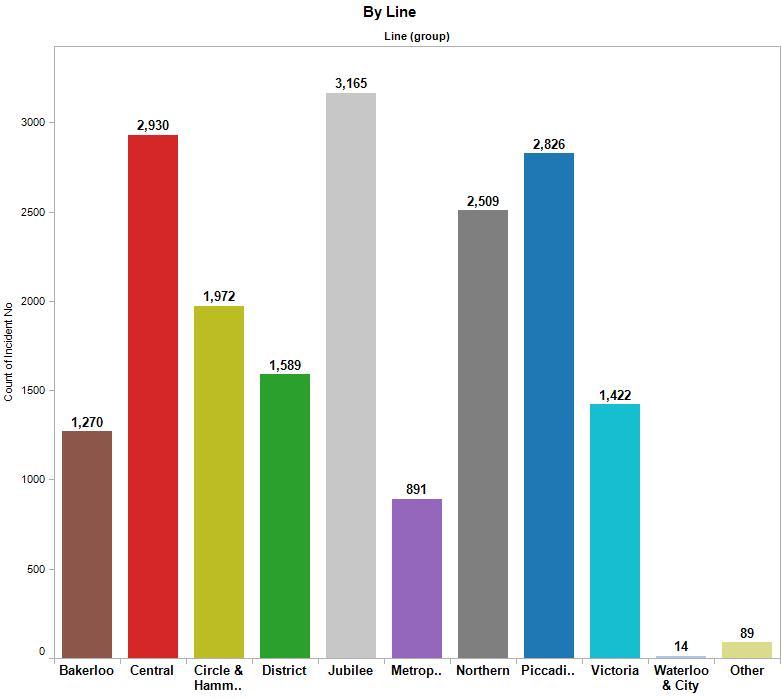 The deaths recorded in the database occur mostly as a result of passengers falling under trains or being struck near exposed train lines or tunnels – 88 of the fatalities that occurred on tube tracks are described as being caused by ‘multiple’ injuries and a further seven are recorded as ‘amputations’. A further 30 of the fatal incidents are attributed to ‘unknown’ causes.

The database shows that 18,677 accidents occurred across the Tube between January 2006 and March 2011, with 835 serious accidents and 188 fatalities.

Aside from passengers, however, there also appear to be six cases of night-time trespassers being found dead near London Underground lines or sidings, and a further six cases of third-party contractors being struck and killed on the lines.

Bob Crow,  general secretary of the National Union of Rail, Maritime and Transport Workers, said: ‘The increase appears to correspond with cuts in station based staff. This means there are less people to move passengers along and to prevent accidents happening.

‘It also nails the lie that high levels of automation on the Underground improve safety. The Jubilee line is the most heavily automated and yet has the highest number of accidents.’

‘Future-proofing’
The vast majority of Jubilee Line accidents in the database appear to be comparatively minor injuries, such as cuts, sprains and bruises, which occur mostly on escalators.

However, the figures also include over 50 fractures and 30 cases of dislocated joints – occurring more frequently on stairs than any other area of tube stations – as well as 15 electric shocks and six heart attacks.

When minor injuries were excluded from the analysis, however, the Jubilee Line had only the fifth highest numbers of accidents, behind the Central, Northern, Piccadilly and Circle lines.

This could suggest that its platform edge doors, installed at some of its largest stations to improve safety and ventilation, are successfully preventing serious injury. They were installed to ‘future-proof’ the station against high numbers of accidents.

Roger Ford, a rail safety expert who writes for Modern Railways magazine, warned against wrongly attributing injuries to the Underground. ‘If you get a more crowded network, people are more likely to trip getting out of a train. We have to separate out the accidents that would happen whatever people were doing with the accidents caused by travelling on a tube train,’ he said.

A Transport for London spokesman said: ‘The safety of customers and staff is London Underground’s top priority and a recent Office of Rail Regulation report indicated that the Tube is the safest significant-sized railway in Europe, with a safety record 15 times better than the European average. The latest figures shows that safety incidents fell by eight per cent in 2010/11 compared to the previous year.

‘Although the vast majority of these incidents were very minor, and less than 0.0005 per cent of the 5bn journeys made on the Tube in the last five years involved any kind of safety incident, we are not complacent and will continue to work hard to maintain our excellent and improving safety record.’

A version of this story appeared in the Evening Standard.

Data
This graph shows the number of incidents over a five-year period by line:

This graph shows the spread of accidents by hour throughout the day. The Jubilee Line is consistently higher except at peak times, when the Central Line exceeds it: 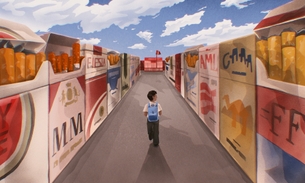