Martin Schibbye – one of many journalists who have been held on terror charges.

The Ethiopian government is using sweeping anti-terror laws to crack-down on journalists critical of the regime. In the last three months six journalists have been imprisoned including two Swedish journalists according to the New York based Committee to Protect Journalists.

A fortnight ago reporter Martin Schibbye and photographer Johan Persson were charged with terrorism. The two men were arrested after crossing from Puntland into Ethiopia’s troubled Ogaden region. 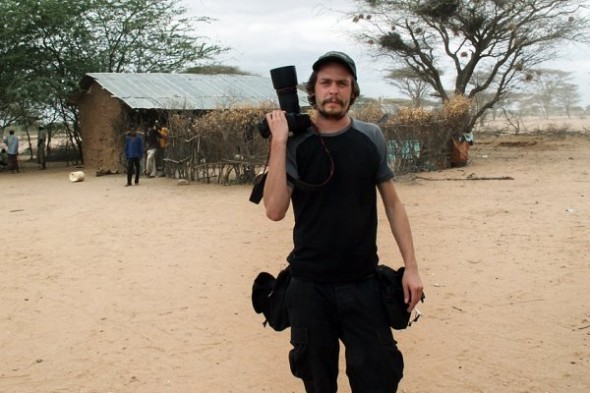 Two other Ethiopian journalists were detained over the summer and have been held on terror charges for writing articles criticising the government.

Wubishet Taye of the Arawamba Times and Reeyot Alaemu, a part-time columnist, are currently held in Maikelawi prison in Addis Ababa awaiting trial. They could face sentences of up to 20 years.

‘In the past four months, authorities have used sweeping terrorism laws to detain six independent journalists in an attempt to wipe out the few critical voices left in the country,’ said CPJ East Africa Consultant Tom Rhodes. ‘If the authorities have credible evidence against any of these journalists, let them present it publicly. Otherwise, they must release them.’

Anti-Terrorism Proclamation of 2009
In 2009 the Ethiopian government passed new anti-terror legislation. The definitions of terrorist activity under the law are broad and ambiguous.

It permits a clamp down on political dissent, including political demonstrations and public criticisms of government policy that are deemed supportive of armed opposition activity.

It also deprives defendants of the right to be presumed innocent.

Mohamed Keita, coordinator for the Committee for the Protection of Journalists’ Africa Program says: ‘Ethiopia is certainly one of the most restrictive nations in Africa in terms of press freedom. It has one of the most appalling press freedom records on the continent.’

International broadcasters harassed
The free press expanded under the Ethiopian government when the ruling party, the EPRDF, first came to power in 1991. But in the aftermath of the 2005 elections, when the contested results caused civil unrest and the massacre of 193 civilians, there has been a relentless crackdown on the independent press.


‘…authorities have used sweeping terrorism laws to detain six independent journalists in an attempt to wipe out the few critical voices left in the country’
Tom Rhodes, Committee to Protect Journalists

Many independent publications were shut down and 13 editors imprisoned. Today most of the media in Ethiopia is state owned. Even the international media are not immune to political interference.

A VOA spokesperson said: ‘Three VOA stringers have had to flee Ethiopia because they were harassed for reporting VOA’s Horn of Africa service during the 2005 national election. Another stringer fled Ethiopia because she was being repeatedly harassed, even after she stopped working for the service.’

Both Voice of America (VOA) and Deutsche Welle (DW) have had their radio and Internet services jammed in the country.

This occurred particularly during the May 2010 elections and in 2011 against the backdrop of the revolt in North Africa.

Ludger Schadomsky, DW’s Head of Amharic service commented: ‘The government is putting a lot of pressure to bear on DW and VOA to have certain opposition people removed from the airwaves.’

DW have allegedly been told by Ethiopian government minister of Communications, Shimles Kemal that the jamming of their services was ‘owing to interviews DW had conducted with ‘terrorist organisations’.’ It is alleged that this in relation to an interview with Ginbot 7 political opposition leader, Berhanu Nega.

Schadomsky says: ‘We have made it clear we will not be arm twisted into self censorship. The present climate of fear leads many of our prospective partners in Ethiopia, and even in the Diaspora, to decline our interview requests. ‘We have family back at home’ is the standard line.’

A cable released by Wikileaks shows that in 2005 the Ethiopian government also exerted pressure on US diplomats in relation to VOA broadcasts.

The document is an interesting commentary on the government’s position on the media. The US diplomat reports that, ‘The GOE remains focused on issues of control and restraint…rather than positive engagement and outreach.’

The Ethiopian minister of Foreign Affairs Tekeda Alemu met with members of the US Embassy in Addis where he expressed his concern at VOA’s biased reporting.

Minister Tekeda also noted that VOA was, ‘not working as a news outfit but was instead carrying out political activities intended to damage the EPRDF and the Ethiopian people with no sense of embarrassment or proportion.’

Journalists in Ethiopia
Dawit Kebede is the editor of the Awramba Times, one of the few independent publications in the country.

He was arrested and imprisoned for two years on charges of treason and genocide following the 2005 elections when he wrote a column suggesting that the EPRDF may have lost the elections.

He says: ‘the recent atmosphere in Ethiopia for journalists is the state of insecurity and fear of what tomorrow might bring. Journalists who write on political issues work under a shadow of fear.’

‘When it comes to giving aid, donors should ask what the democratic status of Ethiopia is. If they could bring up issues of ‘What does Freedom of the Press look like’ as a precondition of their aid, I believe it would create better conditions in Ethiopia.’

The Bureau has asked the Ethiopian government on numerous occasions for a comment about the media in Ethiopia. It has declined the offer to respond. 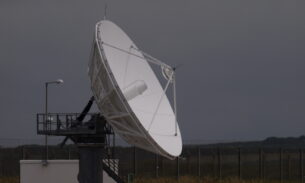