The number of people who have died after being forcibly restrained in police custody is higher than official figures suggest, an investigation by the Bureau can reveal.

The investigation has identified a number of cases not included in the official tally of 16 ‘restraint-related’ deaths in the decade to 2009 – including a landmark case that changed the way that officers carry out arrests.

It is a matter of concern. This is a highly sensitive area, which deals with one of those parts of public policy that needs to be looked at very carefully. What we will have to do is have a proper, thorough inquiry into this matter.
Keith Vaz, MP, chair of the Home Affairs Select Committee

Some cases were not included because the person has not been officially arrested or detained. The omission raises questions about the statistics used by the Independent Police Complaints Commission (IPCC) to inform the debate over the use of restraint by police in the sensitive area of deaths in custody say campaigners.

The cases emerged after a series of applications made under the Freedom of Information Act requesting the names of the people in the 16 restraint-related deaths identified by the IPCC.

Analysis of these 16 cases reveals the IPCC does not include eight high-profile cases, such as Roger Sylvester, who died after being handcuffed and held down by up to six officers for 20 minutes. The case led to nationwide changes about how police arrested suspects and detained the mentally ill.

Related article: In video – the death of Frank Ogboru

Keith Vaz, MP, chair of the Home Affairs Select Committee, said: ‘It is a matter of concern. This is a highly sensitive area, which deals with one of those parts of public policy that needs to be looked at very carefully. What we will have to do is have a proper, thorough inquiry into this matter.’ 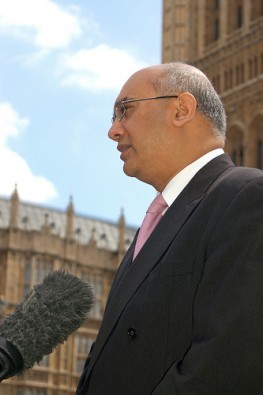 The Sylvester case led to a review of techniques by the Metropolitan Police that led to changes in training. Any force used by police must be ‘lawful, proportionate and necessary,’ according to guidelines by the Association of Chief Police Officers.

Deborah Coles, co-director of Inquest, a charity that takes up cases of deaths in custody, said it was ‘absolutely astonishing’ that some of the cases were not described as ‘restraint-related’ deaths.

‘I think there are some very serious concerns about the IPCC and I don’t think it’s fulfilling its purpose as a sufficiently robust independent watchdog for the public and indeed bereaved families to have confidence in,’ she said.

The IPCC’s research found that 333 people died in police custody between 1999 and 2009, including 86 who died after being restrained. That figure included 16 of the most controversial cases which were classed as restraint-related.

However, only those who have been formally arrested or detained are included in the deaths in custody figures. The IPCC lists people who have died following ‘police contact’ separately, but cannot say how many of those deaths are restraint-related. It is planning a further study on restraint-related deaths later this year.


‘I think there are some very serious concerns about the IPCC and I don’t think it’s fulfilling its purpose as a sufficiently robust independent watchdog for the public and indeed bereaved families to have confidence in.’
Deborah Coles, chief executive of Inquest

The organisation said: ‘How we collate data has no impact on the way in which we investigate a death. It ignores the fact that we independently investigate and all our investigations in to deaths are heard before a Coroner, a jury, the family of the deceased and the public. To assert that the IPCC is not fulfilling its purpose as a sufficiently robust independent watchdog is a complete misunderstanding of what the IPCC does.’

The cases include the death of Simon Bosworth in July 2008 who collapsed while being restrained by police in his garden. He was not included on the list because he had not been arrested or detained under mental health legislation.

In a statement, the IPCC said: ‘The IPCC is robust in its attempts to provide accurate statistics on deaths in custody where police have restrained an individual prior to their death. We are accountable to parliament for the statistics we collate unlike pressure groups and charities that have less defined criteria for their categories. The data that the IPCC provides is completely transparent and is published on the website.’

It added: ‘Three of the names that you cite are included in this category and would therefore not appear in our deaths in custody study but would appear in our overall figures for deaths following police contact.’


The Bureau found eight cases involving police restraint that were not included in the IPCC’s list of 16. These include:

Roger Sylvester
Mr Sylvester died in 1999 after being handcuffed and held down by police officers. The case led to a review of restraint training by the Metropolitan Police.

Mr Sylvester, 30, was detained after he was spotted naked and acting erratically outside his own home. An inquest jury initially concluded that his death was an ‘unlawful killing’ caused by excessive force.

After a challenge by police officers, the ruling was quashed and replaced by an open verdict. The death was not included as one of the 16 restraint related deaths in the IPCC report because of disputes over the medical evidence.

Giles Freeman
Mr Freeman, a schizophrenic, died in police custody in 2002. Mr Freeman, who was taken into custody at the request of his family, was given a sedative injection and restrained by officers after he became agitated.

The jury said in their verdict that he had shown ‘extraordinary strength’, turned blue and stopped breathing. The jury found that he had died as a ‘result of restraint and excessive activity whilst suffering a psychotic episode’. He does not appear on the list of 16 restraint-related deaths in custody.

Simon Bosworth
Mr Bosworth died in July 2008 while being restrained by police in his garden. A jury ruled that he suffered a heart attack brought on by a combination of restraint, cocaine use and epilepsy. He was not included on the list of 16 because he had not been detained and fell outside of the terms of the definition. However, the IPCC recognised the importance of the case and carried out an inquiry.

The Bureau’s investigation is reported on Radio 4’s File on 4 and in the Independent. 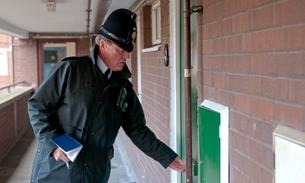