Supporters of al Qaeda tote their guns in Yemen / Getty

Covert US strikes against alleged militants in Yemen have risen steeply during the Arab spring, and are currently at the same level as the CIA’s controversial drone campaign in Pakistan, a new study by the Bureau reveals.

At least 27 US military and CIA strikes involving cruise missiles, aircraft, drones or naval bombardments have taken place in the volatile Gulf nation to date, killing hundreds of alleged militants linked to the regional al Qaeda franchise. But at least 55 civilians have died too, the study found.

In the latest attack on March 30, two linked US drone strikes struck a vehicle and house in Azan, Shabwa province. Up to five alleged militants died. But a second vehicle travelling the other way was also struck, killing one civilian and injuring at least five others, according to officials, medics and eyewitnesses.

At least six US attacks – some involving multiple targets – have so far taken place in Yemen in March alone, in support of a government offensive to drive militants from key locations. In comparison, Pakistan’s tribal areas, the epicentre of the CIA’s controversial drone war, have seen four US drone strikes in March.

The recent surge in attacks appears linked to the appointment of the new president, Abed Rabbo Mansour Hadi. In his inauguration speech he called for ‘the continuation of war against al-Qaida as a religious and national duty.’

Despite multiple confirmed reports of American military action in Yemen, the US rarely acknowledges its secret war. A State Department spokesperson, speaking on background terms, would this week say only: ‘I refer you to the Government of Yemen for additional information on its counterterrorism efforts.’

Hundreds killed
A detailed examination of US military activity in Yemen over nine years reveals that most attacks – as many as 35 – have taken place after May 2011, as Arab spring-related protests gripped the country.

All but one of the strikes have taken place under President Obama, who has taken a personal interest in the Yemen campaign. By the time he came to office al Qaeda in the Arabian Peninsula (AQAP) had grown to become, in his words, ‘a network of violence and terror’ that had attracted a number of US citizens to its cause, including radical cleric Anwar al-Awlaki. 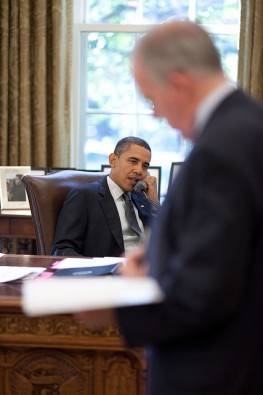 AQAP even began publishing online propaganda magazines in English, and was behind a number of attempted terrorist attacks against the US, the UK and their allies.

With the CIA heavily engaged in Iraq and Pakistan, the job of crushing AQAP was handed to the Pentagon’s elite Joint Special Operations Command (JSOC) – the same unit that had captured Saddam Hussein and would later kill Osama bin Laden.

But from the start, JSOC’s operations were mired in controversy.

Acting on intelligence that an AQAP meeting was taking place in the southern Yemen desert on December 17 2009, JSOC launched at least one cruise missile loaded with cluster bombs at the gathering. A Yemen parliamentary commission later found that 14 alleged militants died in the attack. But so too did 44 civilians.

The massacre the United States won’t admit or deny

A copy of the commission report obtained by the Bureau identifies by name all of the civilians killed, which include five pregnant women and 22 children, the youngest just a year old. Eight families were effectively wiped out, the commission found, although it did not attribute blame to either US or Yemen forces.

A secret massacre
Two years on, the US will neither confirm or deny whether any investigation into those deaths has taken place, or if any compensation has been paid to the families of victims. The Pentagon, Centcom, the State Department and US Senate Armed Services Committee all declined to comment on the matter this week.

A spokesman for Sheikh Himir Al-Ahmar, the commission’s chairman and now Yemen’s deputy speaker, told the Bureau: ‘The families of the victims were indeed paid appropriate compensation by the Yemeni Government (according to the standard of compensations given out to victims in Yemen). The American authorities did not get involved in this process in any way.’

In contrast, affected families of a killing spree carried out by a US soldier in Afghanistan recently received $50,000 (£31,500) for each victim.

The US refusal to acknowledge the attack is undermined by a secret diplomatic cable released by WikiLeaks revealing that then-Centcom chief General David Petraeus – now director of the CIA – and Yemen’s president and prime minister at the time, Ali Abdullah Saleh had sought to hide the US’s role in the incident.

According to the secret cable, ‘[President] Saleh lamented the use of cruise missiles that are “not very accurate” and welcomed the use of aircraft-deployed precision-guided bombs instead. “We’ll continue saying the bombs are ours, not yours,” Saleh said, prompting Deputy Prime Minister Alimi to joke that he had just “lied” by telling Parliament that the bombs in Arhab, Abyan, and Shebwa were American-made but deployed by the ROYG.’

Amnesty International, which carried out its own investigation into the December 2009 attack, said this week that the US failure to investigate credible reports of civilian deaths was troubling.

‘With an increase in such operations in places like Yemen, unless one gets to the bottom of who was killed, why, and what precautions were taken to protect civilians, then there is a risk such mistakes will be repeated in the future,’ said Philip Luther, director of Amnesty’s Middle East programme.

There have been other Pentagon errors too. When its elite Special Forces hit a supposed militant convoy in May 2010, they instead killed the region’s popular deputy governor, Jaber al-Shabwani. That error led to a year-long pause in US attacks, after local tribes strongly protested.


There is a risk such mistakes will be repeated in the future’
Philip Luther, Amnesty International

It took the chaos of the Arab Spring to see the US return to the offensive. As Yemen’s people revolted against President Saleh and his cronies, JSOC and CIA drones took to the skies, supplemented by US naval and air assets. President Obama has been fighting an almost unreported war in Yemen ever since.

Yemen’s ramshackle air force
At least 21 US strikes have taken place in Yemen since May 2011, the Bureau understands. The actual number may be as high as 35. But reports are often confused, with the US and Yemen governments unwilling to clarify events.

There are also claims that the Yemen Air Force carries out some precision strikes. Yet an investigation of its capabilities reveals it to be a ramshackle, low-tech outfit, wracked by the recent political unrest.

Alan Warnes, chief correspondent at defence publication AirForces Monthly, says Yemen’s air force is incapable of precision or night-time attacks: ‘The only aircraft they have capable of night flying would be quite antiquated fighters. I think it’s the Americans who are doing it rather than the Yemenis.’

Recent close co-operation between the CIA and JSOC does appear to be paying off. Some two dozen named Al Qaeda militants and their associates have died since last spring, with the group under almost constant attack. Civilian deaths are also now reportedly rare – although there have been further errors.


‘The only aircraft they have capable of night flying would be quite antiquated fighters’
Alan Warnes, AirForces Monthly

Days later a follow-up attack killed other militants – but also Awlaki’s 16-year-old son and 17-year-old nephew. AQAP’s ability to speak to an English-language audience was apparently destroyed, possibly terminally. Yet these deaths of American citizens continue to generate significant controversy in the US.

This data in this report was amended on March 30 2012 to reflect new US strikes in both Pakistan and Yemen.