The financial markets can be bewildering places for the uninitiated to get to grips with – and the fact that they enjoy their own vocabulary doesn’t help. Some of the terms are off-puttingly technical, while others have a certain descriptive poetry to them. Here’s our A-Z guide to some of the most common.

Arbitrage – Seek out a stock that’s a fraction of a penny cheaper in one market than in another. Then buy low, sell high. Repeat.

Bats – One of the new generation of trading platforms. Bats suffered serious embarrassment earlier this year when its US trading platform was blamed for a mini flash crash affecting the flotation of its own shares.

Colocation – Allows traders to place their black boxes closer to exchanges’ own servers – for a price – shaving valuable microseconds off transaction times.

Dark pools – Trading venues for those wanting to buy or sell without tipping the rest of the market off. Dark pools, run by exchanges or brokers, allow anonymous trading and prices aren’t reported until later – making them increasingly popular for investors trying to hide from HFT firms.

Exchange – Market places for buying and selling shares. Since 2007, they have faced competition from new rival platforms, creating new spaces for HFTs to play, and from dark pools.

FIA Epta – Group set up by independent trading firms to argue HFT’s case in Europe. ‘We’ve never really had to engage with the outside world,’ says chair Remco Lenterman. ‘It’s about engaging and explaining what we do.’

Getco – One of the leading ‘prop HFTs’ – firms that trade using their own capital, rather than investing others’ money. Founded in Chicago in 1999, Getco landed on European shores in 2003. Its most recent accounts show European profits of $52.5m (£32m) in 2010 – not bad for a company of 31 people, although a significant fall from the previous year.

High frequency trading – Much of the wrangling in new European legislation has involved trying to fix on a definition of what HFT even is. The Bureau defines it as dealing relying on complex algorithms, computing might and speedy connections with exchanges, with no intention of holding onto stocks: instead the aim is to leverage tiny profits from the market’s movements.

Investment banks – Financial institutions providing a range of services to clients and big salaries to employees. Major users of HFT.

Jitter – Tiny irregularities in electronic signals – unnoticeable to humans, but a serious problem when trading at microsecond speeds.

Knight Capital – US HFT firm whose value plummeted by $440m in half an hour on August 1 2012. Knight’s CEO Tom Joyce told reporters it was due to a ‘fairly large bug‘ in its software.

Liquidity – One of those confusing but really quite poetic phrases, liquidity describes the willingness of markets to trade: in liquid markets or stocks, shares flow smoothly from seller to buyer. HFT’s advocates say it boosts liquidity – although in the UK academics have found no ‘statistically significant trend’ over the last decade to support the claim.

Mifid – Markets in Financial Instruments Directive. European legislation introduced in 2007 aiming to increase trading competition. Its unintended consequences – including the rapid increase in HFT it helped enable in Europe – are currently being tackled by the European Parliament in Mifid II.

Nanosecond – One billionth of a second. A holy grail for HFT technicians. Data research company Nanex writes that humans will be living on another planet before regulators could investigate one hour of nanosecond trading data.

Related story – Infographic: Trading at the speed of light

Picosecond – One trillionth of a second. HFT is not there yet.

Rebate – Tiny refund on trading fees paid by some exchanges to entice players to the market.

Secondary market – Market where investors buy from other investors rather than from companies issuing original assets themselves, the primary market.

Transaction costs – The price of trading. Transaction costs include fees charged by exchanges and commissions to brokers, both of which have fallen since Mifid. But they can also include colocation, data feeds, defensive algorithms and computing power – all costs of competing in the new markets.

Uncertainty – With little clear consensus over the impact of HFT on the markets and the economy as a whole, uncertainty rules – although the UK’s Foresight project has set out partly to fill the knowledge vacuum.

Volatility – The speed with which prices rise and fall – HFT’s critics claim it  has made markets more volatile. The UK’s Foresight study found the UK’s markets saw extreme volatility during 2008-9, but have since calmed – at least, on a day-by-day level.

Warren Buffett – The ‘sage of Omaha’, a US investor who runs trading firm Berkshire Hathaway. His vice chairman recently said HFT has ‘all the social utility of a bunch of rats admitted to a granary’.

Chi-X Europe – Another of the post-Mifid generation of competitors to the established exchanges, Chi-X was bought by Bats last November for a reported $300m, creating a serious rival to the London Stock Exchange. The two platforms merged earlier this year.

Yield – Amount paid to shareholders in dividends. Not a priority for high frequency traders, who don’t plan on holding onto shares for long.

Zero-sum game – One trader’s profit is another’s loss: one of the accusations levelled at HFT is that its profits come at the expense of other market players – so HFT shifts but does not create wealth. 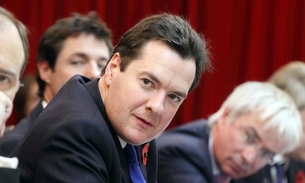