The police watchdog for England and Wales has found failings in the recording of sex crime allegations at the vast majority of forces it has so far inspected this year.

Audits of 21 forces’ crime recording practices by Her Majesty’s Inspectorate of Constabulary (HMIC) found that 17 failed to correctly record reports of sexual offences – including assaults on children and vulnerable adults.

Reports on specific forces published yesterday, following an interim report released by HMIC in May, identified a pattern of behaviour in which officers delay recording of sexual offence claims and in some cases fail to record them as crimes at all. This means the complaints are never properly investigated.

The audits, conducted between February and August 2014, found that:

*Just 61% of sexual offence incidents that should have done been recorded as crimes by the Metropolitan Police were classified as such and “clear lines of enquiry” about alleged rapes were not actively pursued;

*Where rapes were recorded as crimes and then re-classified as “no-crimes”, this was done incorrectly in at least a fifth of cases at West Yorkshire, North Wales and Greater Manchester Police. 41% of Cleveland Police’s rape no-criming decisions were wrong;

*Police in South Yorkshire, who are currently under fire over failure to tackle child sexual exploitation in Rotherham, were still spending a “great deal of time” trying to disprove victims’ accounts rather than investigate their complaints. Officers attending rape victims were required to provide a “lengthy handover package” – not required for any other crime type – before a crime is recorded;

A spokeswoman for Rape Crisis England & Wales said the HMIC findings were “of grave concern”.

“Even more worrying is the fact that this is by no means the first such finding,” she added. “How many more such reports will it take before we see a real and marked improvement in criminal justice for survivors of rape and other forms of sexual violence?”

The next set of so-called “force-specific” reports from HMIC is expected later this autumn and will be followed by a final national inspection report containing recommendations.

Last year’s parliamentary inquiry into police crime recording highlighted failures in regard to rape and sexual offences and led to police crime statistics being stripped of their status as official statistics.

Serving Metropolitan Police Constable James Patrick told the Public Administration Select Committee last November that his analysis of rape allegations recorded as “crime related incidents”and “no-crimes” by the force in 2013 had found that many of these reports should have been recorded as crimes.

The HMIC audit of the Met published yesterday, found rape recording had improved.

But the Met’s approach to other sexual offences left considerable room for improvement, the report found.

Of 106 sexual offences noted on “incident systems” that should have then been recorded as crimes, only 65 were.

And evidence of supervisory oversight was only present in 88 of the 164 sexual offence incidents reviewed.

The new HMIC reports add weight to findings from the Bureau and claims from PC Patrick that large numbers of allegations that should have been recorded as crimes may never make it to force crime-recording systems.

Crucially, this means they are not counted in “no-crime” statistics which are used to indicate the extent to which sex crime complaints are not recorded.

Allegations first have to be recorded as crimes before they can be re-classified as “no-crimes”.

The new HMIC audits show that many sexual offence allegations remain classified as “incidents” and are never transferred to crime recording systems, and cannot therefore be classified as “no-crimes”.

The HMIC reports also found many forces were failing to record sexual offence allegations at the earliest opportunity as required by crime recording rules.

Under Home Office counting rules police officers are required to record crimes as soon as they are satisfied that it is likely ‘on the balance of probability’  that an offence occurred, and within a maximum of 72 hours from first logging the incident.

Bureau research published in January found several forces that record sex crimes only after investigation, with the victim’s initial allegation – however credible – viewed as insufficient to justify a crime report.

This prompted a letter from Home Office ministers to all forces advising them to record rapes at the time the complaint is made.

But HMIC’s inspections, which began shortly after the letter was sent out, found many forces are still “investigating to record”.

Forces that use the “investigate to record technique” may appear better at tackling rape according to performance statistics.

In April 2013, a strategy document produced by the office of Suffolk’s Police and Crime Commissioner noted that Wiltshire Police was the top performing force for rape.

“[In Wiltshire] where victims withdraw complaints within 72 hours, crimes are not recorded. Suffolk’s stance is different with all crimes being recorded as soon as possible, where there is prima facie evidence that an offence occurred,” the document says.

The HMIC audit on Suffolk found that “there remains an approach of investigating cases first, instead of recording at the point the crime is reported.”

And its inspection of Wiltshire Police uncovered an internal report entitled A review of the recording and disposal of sexual offences 2012/13.

The internal report concluded that “Wiltshire Police has intentionally or inadvertently, manipulated the recording of sexual offences and thereby improved the perception of performance”. The report estimated the number of rapes not recorded at around 50.

A spokeswoman for Wiltshire said officers “recognised the seriousness of the concerns raised” and had “undertaken considerable training in crime recording procedures”.

Some cases mentioned in the HMIC report were now the subject of Independent Police Complaints Commission investigations, she added. “It would be inappropriate to comment further on these.”

Electronic mailboxes were used by the police to manage domestic abuse, child exploitation and sexual offences. HMIC’s “dip-sample” of the mailboxes revealed crimes that had not been recorded on the force crime recording computer system, and that the force audit regime would not have identified.

HMIC examined 54 reports, some of which related to sexual offences, which had been recorded on the force non-crime system. It found that of those 54 reports, 12 should have been recorded as crimes. The force had recorded 2 out of the 12 correctly.

“The force has itself identified that not all reports of rape have been recorded in accordance with the [counting rules], HMIC said.

Until recently force policy had emphasised the need for investigation before a decision was made on whether to record a rape report as a crime. A new policy is now being implemented that emphasises timely recording as a crime on the basis of the first account of the victim.

HMIC found that “some senior investigators and managers are uneasy about the consequences of the approach, with concerns that this would likely lead to a rise in the number of recorded rapes and subsequent requests to no-crime these records post investigation.”

Reports of crimes by third parties are not regularly checked or audited. A review of 12 of these – including reports relating to sexual offences and assaults on vulnerable adults –  found that 12 crimes should have been recorded – but only 5 were.

Reports of sexual offences made by other organisations on behalf of victims to the public protection unit were not being recorded immediately, and some reports are not recorded as crimes at all.

Of 31 rape “no-crimes” reviewed, only 22 were correct.  Failure to record correctly was “attributed to the interpretation of additional verifiable information, with those victims suffering with mental health, those young of age or intoxicated more likely to receive a poor service,” HMIC said.

Some specialist investigation officers do not properly record all reports of rape as crimes, but instead record the investigation into these reports on a standalone system.

HMIC examined 50 reports of a variety of crimes that were recorded on standalone systems in force specialist departments and found that 19 crimes should have been recorded but only 10 were.

HMIC said: “It is extremely concerning that the reports reviewed on this system had not been recorded properly as crimes – including serious sexual offences and offences against children committed by adults.”

Some staff involved in reviewing the crime recording standards for rape crimes had identified reluctance by officers to record such crimes until they had been provided with a full explanation by the victim. This approach is not compliant with crime recording rules.

Not all rapes are accurately recorded.

HMIC examined 55 reports of a variety of crimes that were referred from other agencies directly to the force’s specialist departments. Of the 16 crimes that should have been recorded, only 6 had been.

“As some of these records related to sexual offences and assaults on children, this is a significant cause of concern,” HMIC said.

Of 106 sexual offences that should have been recorded, 65 were.

Evidence of supervisory oversight was only present in 88 of the 164 sexual offence incidents reviewed.

Investigation of crime related incidents was poor: “clear lines of enquiry were not actively pursued”.

HMIC found that its approach to recording reports of rape is to use the 72-hour limit allowed by national rules to confirm that a crime has been committed. Whilst this approach may be suitable in some instances it will not be in all cases.

HMIC examined 50 reports of serious crimes ( including violence and sexual assault against vulnerable adults and children) that had been referred from other agencies. Of the 16 crimes that should have been recorded from these reports, one had been recorded.

HMIC found “the recording of rape and serious sexual offences is frequently delayed by force working practices and that the oversight of this area is not sufficient to ensure accurate recording.”

HMIC analysed 105 incident reports recorded on systems separate from the central crime recording unit. It found that while 28 crimes should have been recorded, only 1 crime was. “As some of these records related to domestic abuse and sexual offences on vulnerable adults and children, this is a significant cause of concern,” HMIC said.

53 reports of serious crimes referred by third parties, including reports of sexual assaults against children, were scrutinised. Of the 34 crimes that should have been recorded, 18 had been. Of these 18, eight were recorded outside the 72-hour limit allowed under crime-recording rules.

HMIC also found that in some cases of serious crime officers spent “a great deal of time trying to disprove the word of the victim from the outset, rather than record the crime”. It added: “This culture of dealing with reports of crime shows a disregard for victims and is unacceptable”.

Only two of six rape offences were dealt with according to crime recording rules. Until recently force procedures on rape created delay in the recording process with some offences not being captured at all. Recording processes have now improved but there remains an approach of investigating cases first, instead of recording at the point the crime is reported.

HMIC looked at 108 reports, some relating to sexual offences, that were referred from other agencies directly to the force’s safeguarding units (public protection). Of the 27 crimes that should have been recorded, 3 had been.

HMIC examined 55 reports relating to serious crimes, including sexual assaults, held on public protection unit systems. Of those 55 reports, 16 should have been recorded as crimes. The force had recorded 8 crimes, of which 3 were recorded outside of the 72-hour limit. 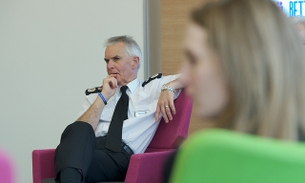 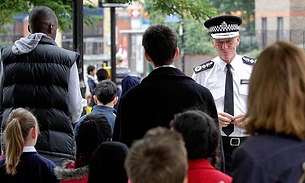