Pressure is growing on Jean-Claude Juncker to perform a U-turn over his plan to slash EU spending on research and innovation by €2.7bn after Britain’s business secretary Vince Cable joined 27 Nobel prize winners in voicing concern about the proposal.

European Commission president Juncker wants to transfer the €2.7bn into a new leveraged fund he is setting up to boost EU infrastructure spending by €315bn.

The Bureau reported on Monday that this move had angered a number of Nobel prize winners from across Europe.

Now UK cabinet minister Cable has also waded in, telling the Bureau that while he welcomed Junker’s infrastructure plan, which is known as the European Fund for Strategic Investments, it should not harm Britain’s world-leading science sector.

He said: “It is absolutely essential that the Junker plan doesn’t proceed at the expense of investment in science and research. The government continues to scrutinise the details of the Investment Plan and I will be seeking assurances that UK research and innovation will not be adversely affected.”

The Commission is proposing to raid €2.7bn from the EU’s Horizon 2020 pioneering research, space and innovation budget, with the biggest loser being the European Research Council which faces a €220m hit.

Cable’s comments came as the Bureau also obtained a letter sent by 27 Nobel academics yesterday to Juncker and all 28 heads of member states.

In it the elite scientists express “dismay” at the planned budget cut and warn that Europe’s reputation in high profile research fields would be severely damaged.

The letter states: “By cutting this funding the European Union will send a message that Europe is not the place to do high level science, and the ideas that we need to really flourish will instead go to other parts of the world.

“Horizon 2020 and the European Research Council are an indispensable long term investment in Europe’s future. They are key tools for generating knowledge that drives our economic wellbeing and improvements in our health and the quality of our lives.

“Europe’s long term sustainable economic future can only be built on continued research and innovation – a point well recognised by European industry. If we do not get smarter we will get poorer.”

Among the letter’s signatories are Sir Andre Geim, who was awarded the 2010 Nobel Prize for his groundbreaking work on graphene, and Professor Sir John Sulston, a founder director of the Wellcome Trust Sanger Centre, where one third of the human genome was sequenced.

However, as reported on Monday, an internal Commission memo leaked to the Bureau claims the cut to scientific research has “unanimous support” from officials of the 28 member states.

Juncker’s plan centres on what is an initial €21bn “seed fund”. This comprises €16bn from the Commission – €8bn in cash and a further €8bn in guarantees – and €5bn from the European Investment Bank.

The idea is to assemble the combined pot of €21bn and then to leverage that by a factor of 15 through what has been described as “innovative financing” – a mixture of member state contributions, bonds and private bank debt.

However, the €8bn Commission cash is not actually new money but merely transfers from other key budgets.

The Commission is not responding to the latest call by Europe’s scientists or Britain’s business secretary.

It has previously stated that the proposed science research cut represents only 3.5% of Europe’s innovation programme and that its most recent seven year settlement was substantially higher than the previous period. It adds that investment in innovative projects will actually increase once the new Investment Plan is up and running. 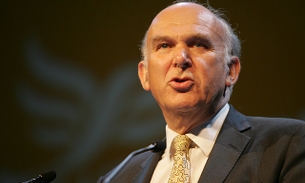 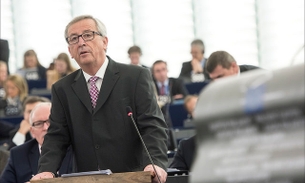