Nearly 300 general election candidates - including 63 current and former MPs - have turned to crowdfunding sites to fund their campaigns, collectively aiming to raise nearly £900,000.

In contrast just 12 Conservative candidates have so far raised less than £5,000 collectively using this type of fundraising.

Louise Irvine, a GP from the National Health Action Party who is fighting to unseat health secretary Jeremy Hunt in Surrey, has beaten traditional party candidates to become the most successful fundraiser. She has raised more than £35,000.

Labour MPs Jess Phillips and Ian Murray are also among the top ten most successful crowdfunders, having raised over £20,000 together.

The Bureau Local analysed political fundraising on the four most used crowdfunding sites: Crowdfunder, JustGiving, GoFundMe and Crowdpac. In total 286 candidates - from all the main political parties as well as people running for fringe groups or as independents - have raised £422,108 so far.

“It's far better for our democracy when politics is crowdfunded by small donors, instead of big donors calling all the shots”

On one site, Crowdfunder, more has been raised in the past five weeks than in eight months prior to the 2015 election. Some candidates and local party groups say they are using the money to print leaflets, deliver letters and distribute posters to voters. Other candidates state that they are using funds to buy targeted Facebook ads.

Paul Hilder, co-founder of crowdfunding platform Crowdpac, said a growth in political crowdfunding should be welcomed. “It's far better for our democracy when politics is crowdfunded by small donors, instead of big donors calling all the shots,” he said. “Small donor crowdfunding really is the best possible way of funding politics”.

The Green Party brings in almost all its money through grassroots donations, declaring £42,000 from traditional “big donors” during this campaign. Altogether Green candidates and the party centrally have raised more than £330,000 through crowdfunding.

The Bureau Local has collected stories from across the UK of how candidates are competing for the public’s cash.

In South West Surrey, crowdfunding is bolstering a battle between health secretary Jeremy Hunt and GP Louise Irvine, of the National Health Action Party. Irvine, who has the support of the local Green Party, Labour and Liberal Democrat party members, has so far raised £35,705 on Crowdfunder.

Electoral Commission rules state that candidates are only permitted to spend around £15,000 per election. Unlike traditional candidates, rather than saving her excess funds for future elections, Irvine has updated her campaign to inform donors that the money will be used to support the other four NHA candidates standing across the UK.

Claire Wright, an independent candidate standing in Devon East is one of the top ten most successful fundraisers identified by the Bureau. She has already raised more than £12,000.

Her page states: “Unlike some major political parties, Claire doesn’t have big business financing her campaign - she must fund it herself. But running in a parliamentary election doesn’t come cheap!”

Want the data on your local candidate?

Jess Phillips, the Labour candidate for Birmingham Yardley, has raised the second highest amount of money using crowdfunding. Her campaign raised £12,600 compared to £1,835 in the last election.

On the site, Phillips says that: “I don't want democracy to be hobby of only those who can afford it. I fought and won the seat in 2015 with donations collected from ordinary people and with the help of hundreds of volunteers from my community.”

Mhairi Black, the SNP candidate standing for re-election in Paisley and Renfrewshire South, raised £7,980 on Crowdfunder in 21 days, more than twice what she pulled in in 2015.

Put your money where your votes are

In some constituencies, up to three different candidates are battling for cash from the local public.

In Batley and Spen, the constituency held by Jo Cox before her murder in 2016, Labour, Green and an independent candidate are crowdfunding. Tracy Brabin, of Labour, currently leads on £680. Her target is £1,000.

In Glasgow North, the sitting MP Patrick Grady of SNP’s crowdfunding efforts are lagging behind that of his Green Party counterpart Patrick Harvie who has raised £7,454. Grady has currently raised £3,188. Labour’s Pam Duncan-Glancy trails in third. She was looking for just £500 and raised £766.

Twenty-four year old Nick Belfitt is the youngest parliamentary candidate the Isle of Wight has seen. Standing for the Liberal Democrats, the trainee teacher has raised £1,863, beating his £1,800 target.

On his page he notes: “As a group, we are unable to match the established monetary power of the current Conservative administration.”

Ninety-nine candidates have already raised over £1,000 for their campaign.

Do donations break the rules?

Two of the four crowdfunding platforms analysed, JustGiving and GoFundMe, have disclosed that they do not pass sufficient information to enable candidates to verify that donors are on the electoral register, which is required by law for donations of over £50. Those platforms only pass on names and email address. However, candidates require home address details to verify the donor as permissible, and would therefore need to follow up with the donor to get additional details. 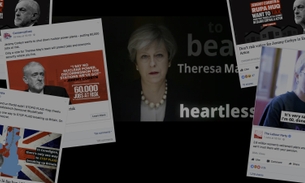 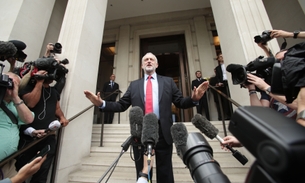