The rise of the "megafarm": How British meat is made Conflict in the countryside: How intensive farms are dividing rural Britain In photos: Inside a UK megafarm Intensive farming in the UK, by numbers

Brexit will not spark a move towards US-style agribusiness in the UK, with animal welfare and environmental standards eroded, Environment Secretary Michael Gove said yesterday.

His comments came after the Bureau revealed there were now 800 US-style “mega farms” across the country, part of a 26% rise in intensive livestock farming over the last six years. The biggest farms can house more than a million chickens, 20,000 pigs or 2,000 cattle in sprawling factory units where animals are usually confined indoors.

Campaigners have voiced concerns about the rising industrialisation of farming. They fear our departure from the European Union could lead to US systems and methods – some of which are currently banned in the UK - being adopted as British farmers try to compete with cheaper foreign imports.

Speaking in parliamentduring Department for Environment, Food and Rural Affairs questions on Brexit, Gove said he was committed to maintaining the current standards and did not want to see a move towards American-style agriculture.

Gove said: "One thing is clear: I do not want to see, and we will not have, US-style farming in this country. The future for British farming is in quality and provenance, maintaining high environmental and animal welfare standards." 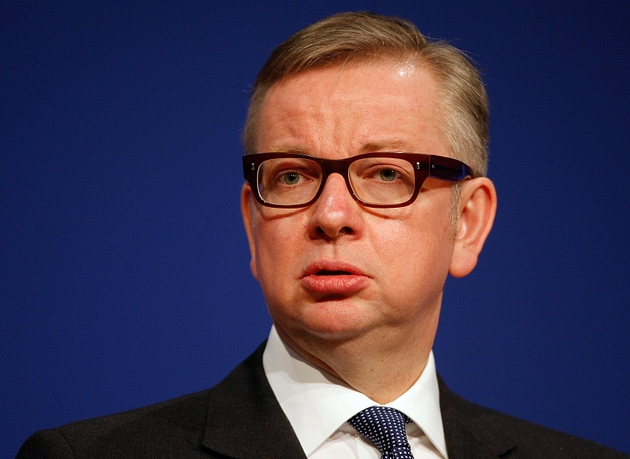 ‘I do not want to see, and we will not have, US-style farming in this country,' Mr Gove told parliament

The Bureau’s work, which was published extensively in the Guardian and in at least eight regional newspapers, showed there are 789 mega farms in the UK. A mega farm is defined in the US as a facility housing 125,000 broiler chickens, 82,000 laying hens, 2,500 pigs, 700 dairy or 1,000 beef cattle. There is at least one in every county in England and Northern Ireland, and more scattered across Wales and Scotland.

Permits to operate such large facilities are issued regularly by the Environment Agency. Only last week, the Bureau found another mega farm was granted a permit. Owned by food giant Faccenda, which supplies Asda and Nando’s, the Lincolnshire farm is able to house 500,000 poultry birds.