The US has added to the confusion about a major civilian casualty allegation in Afghanistan, complicating its initial statement that there were no innocents killed in the 4 November airstrike in Kunduz province.

Residents' claims in the media that the attack on Chardara district had killed civilians were denied in the days following the incident.

On 6 November 2017, Resolute Support, the Nato mission through which the US is engaged in Afghanistan, confirmed that operations had taken place in the area but said it had found no evidence of civilian casualties. Resolute Support (RS) also said that no hospitals or clinics received any victims following the incident. An image of Afghanistan, with Kunduz province outlined in red via Google Maps
If the death toll of ten civilians is confirmed, it would make the Chardara strike one of the biggest mistakes US aircraft have made in Afghanistan this year

However, a body of evidence has since emerged, some of which has been obtained by the Bureau, that contradicts the US claims.

Then, in the evening of 14 November, an RS spokesperson sent a statement to the Bureau, which appears to call into question the US's earlier position. The spokesperson explained some of the challenges of identifying civilians.

The Bureau had asked RS for a clarification on the logic behind the US's statement that it had not killed civilians in the Kunduz strike. The spokesman said that they carry out "all forensic actions available" to investigate casualty claims when they arise, including personal interviews with local residents and visits to medical facilities.

"Our forces take every precaution to conduct all operations in a way that all civilian casualties are avoided. There are times when the insurgency forces civilians to take part in activities resembling that of an enemy combatant. It's these cases where it's possible civilians could be mistaken as members of the insurgency based on their offensive activities and therefore engaged by coalition air weapons team."

The statement is significant because the deputy police chief and a former district governor, alongside residents, say the civilians who were killed in Kunduz on 4 November had been forced by the Taliban to collect the bodies of insurgents killed in the previous night’s strikes.

When asked by the Bureau if civilians had been accidentally killed in Kunduz on 4 November, because they had been coerced in to activity "resembling that of an enemy combatant", the RS spokesperson said he had provided the Bureau with a hypothetical example of how RS and NGOs could come up with different civilian casualty figures.

The incident remains contested. The Afghan Ministry of Defence said it had launched a probe, however a spokesperson for the Afghan commando forces told The New York Times shortly after the strike that no civilians had been killed. If the death toll of 10 civilians is confirmed, it would make the Chardara strike one of the biggest mistakes US aircraft have made in Afghanistan this year.

Airstrike in Kunduz province - our video, music via Tom Green/David Bickley
The youngest victims on the list are teenagers

Meanwhile, the Bureau has obtained a list of ten people, whom local residents say were civilians killed in the strike. One of our sources survived the attack.

The Bureau has been given two additional names but has only included in the list those unanimously cited by all sources. Residents also told the Bureau that a woman had been killed, but that they didn’t know her name. Each name on our list has been cited by three different sources as having died in the strike. Two sources told us that every name on the list was a civilian.

This list has been compiled and checked with three sources. 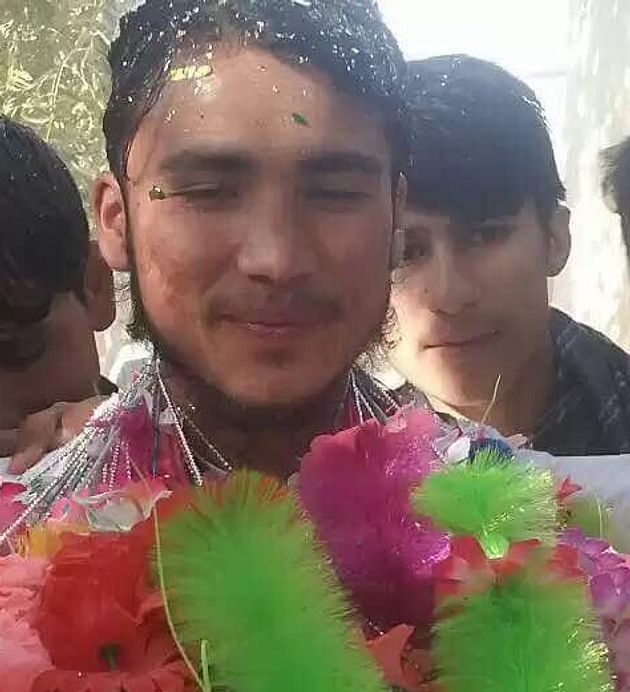 The Bureau also spoke to a survivor of the strike receiving treatment in a hospital. Muhammad Saeed, a 22-year-old builder who was receiving treatment for shrapnel wounds in his arms, legs and stomach, gave us a list of 12 people from his village who he said died in the attack. According to Saeed, those killed ranged in age from 15 or 16 to 70. He did not know the name of the woman killed, but ten of the names he gave us were confirmed by Arbab Abdul Majeed, a tribal elder, although there are small discrepancies between the ages given.

Saeed told the Bureau that on the morning of the strike, he and some other men left their village of Ghraw Kichlaq to go to nearby Qatl i Aam village. Qatl i Aam had been pummelled with bombardments the night before, the reverberations of which were felt in Saeed’s village.

"The intensity of the bombing was so strong that we felt an earth quake," Saeed said, adding that it was the scariest night of his life.

He says that nearby villagers were going to the bombed area to see if help was needed. According to Saeed, some were then approached by armed men who forced the group to collect what he believes were the bodies of Taliban insurgents. It was then the strike hit.

Initial estimates of the number of civilians killed have varied widely since the strike, with some claiming as few as one and others up to 55.

Saaed, who said he has been a builder most of his life, told us from his hospital bed, "I was not expecting what has happened to me."