Daily Beast. Read the story.
Find out how to use the Bureau’s work

A Russian tycoon whose company and its directors have donated £1m to the Conservative party was chairman of a company in his home country that was alleged to have been linked to a corruption scandal, the Bureau of Investigative Journalism can reveal.

Viktor Fedotov, 73, was the chairman of two companies that made more than £80m from a state-funded pipeline construction project alleged to have been mired in fraud, costing the Russian state vast sums.

In August this year Fedotov was revealed to be the ultimate owner of Aquind, a company that has donated heavily to the Conservative party while seeking ministerial approval for a £1.2bn energy infrastructure project, the building of an underwater power cable running from Portsmouth to France.

In a 2008 internal review, the Russian state pipeline monopoly Transneft questioned why certain companies, including one chaired by Fedotov, had received huge commissions for work it passed on to subcontractors, depriving the state-owned company of valuable resources. It led to a criminal investigation but no charges were filed and Fedotov was not personally accused of any wrongdoing.

The report was first made public in 2010 by Alexei Navalny – the Russian opposition campaigner who survived a Novichok poisoning this year – and raises questions over the past activities of companies linked to the man in control of Aquind, a company that, together with its director Alexander Temerko, has donated to the Tory chancellor Rishi Sunak, business secretary Alok Sharma and Northern Ireland secretary Brandon Lewis.

More from the Enablers project

Transneft conducted its review after a change in leadership and summarised its conclusions in the report. Fedotov was not identified in the report and the Bureau confirmed his position at the companies through company records.

Temerko has donated just under £700,000 to the Tory party since gaining British citizenship in 2011. The party has accepted £243,900 in donations from Aquind since March 2019, when Fedotov assumed sole ownership.

The issue takes on new urgency as the Planning Inspectorate is due to advise the government whether to approve Aquind’s infrastructure project in March 2021.

“These reports raise questions about why the Conservative party is happy to be bankrolled by Fedotov and Aquind,” Labour’s deputy leader, Angela Rayner, told the Bureau. “The public will be rightly disgusted that a Russian oligarch is felt to enjoy privileged access to leading Tories because of his huge donations to the Conservative party. Our democracy should not be up for sale to Tory donors, and neither should our national infrastructure.”

Tory insiders expressed dismay that the party had accepted donations from Aquind seemingly without seeking a full picture of how its owner amassed his wealth. “There is a part of the party which really doesn’t want to see donations coming in when we don’t really know where it’s from – and especially when the donor is awaiting some sort of government decision,” one senior Tory backbencher told the Bureau. 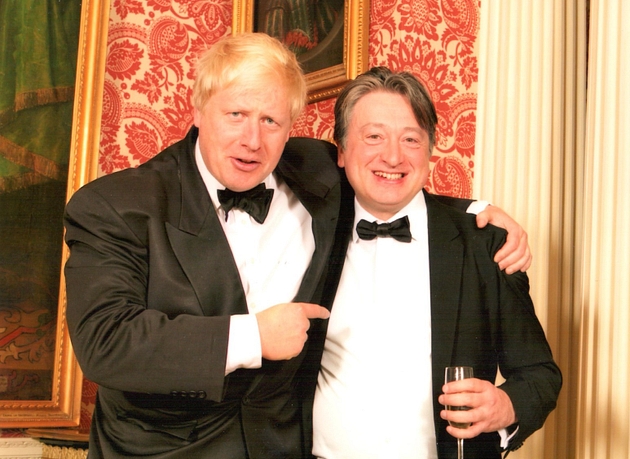 Alexander Temerko, right, is on the board of directors at Aquind alexandertemerko.com

Viktor Fedotov Energy tycoon whose companies profited from the Transneft contract scandal in 2009. Now owner of Aquind, the company that has donated over £240k to the Tory party since March – and is seeking approval of a £1.2bn project from the UK government.

Semyon Vainshtok Chairman of Transneft at the time of the contract scandal. Shares a long business history with Fedotov and has served on the board of an Aquind sister company.

Alexander Temerko Former high-flyer in Russia’s energy sector who acquired British citizenship and is now living in London. Has donated almost £700,000 to the Conservatives and counts Boris Johnson as a personal friend. Aquind board member.

A party spokesperson said: "Donations to the Conservative party are properly and transparently declared to the Electoral Commission, published by them, and comply fully with the law."

Boris Johnson’s government has already been hit by a series of scandals in which Conservative donors and others with personal connections to party leaders have landed Covid-related contracts worth billions or secured lucrative decisions in their favour.

Steve Goodrich of the campaign group Transparency International UK said: “Any politician or political party ought to have a clear understanding of the nature of their benefactors. Undertaking thorough due diligence on those who sponsor your activities is a robust safeguard against subsequent embarrassment or scandal. We urge politicians to think not only whether the funds they receive are lawful, but also whether accepting them shows good judgment.”

Many MPs had expressed misgivings over the lack of transparency surrounding Aquind’s ownership before Fedotov was revealed as its owner (via a Luxembourg company) by the Times in August.

Fedotov, Temerko and Semyon Vainshtok – a former president of Transneft who was briefly a director of one of Aquind’s sister companies – have been sowing the seeds of their involvement in the British energy sector since December 2006, when they met at a private drinks party at Kensington Palace held under the auspices of Prince Michael of Kent, the Queen’s cousin.

The event was organised by Vainshtok’s daughter Inna and hosted by Temerko, whose time at the top of Russia’s oil industry overlapped with that of Fedotov and Vainshtok and who was living in exile in London after Vladimir Putin’s regime had attacked his former employer, Yukos. (The previous year, the Russian state had failed in its attempt to have him extradited, with a judge dismissing the charges of fraud as politically motivated.) According to a source with knowledge of the event, Vainshtok attended the party along with Fedotov, with whom he shares a long business history in Russia’s murky world of energy deals.

Our investigations seek to call out wrongdoing and hold the powerful to account. We can only do this with donations from readers like you. If you agree that accountability matters, please support the Bureau today.

Two months later, Temerko joined the board of directors at SLP Engineering, a now bankrupt UK-based sister company to Aquind that built offshore oil platforms. The following year he was joined there by both Fedotov and Vainshtok, who had just left a post he was appointed to by Putin, overseeing the preparations for the Sochi Winter Olympics.

Vainshtok had been president of Transneft for eight years, leaving in 2007, but it was not until 2010 that the details of the commissions scandal during his time there were made public by Navalny, the poisoned opposition activist.

Navalny’s revelations were based on a Transneft review of its own contracts, undertaken after Vainshtok left the state monopoly. The review scrutinised deals awarded for the construction of the Eastern Siberia-Pacific Ocean oil pipeline during Vainshtok’s time as president. It said contracts worth 303 billion rubles (about £6.18bn at the time) had been awarded – more than half of them to companies doing little more than taking a commission and finding other operators to do the work. 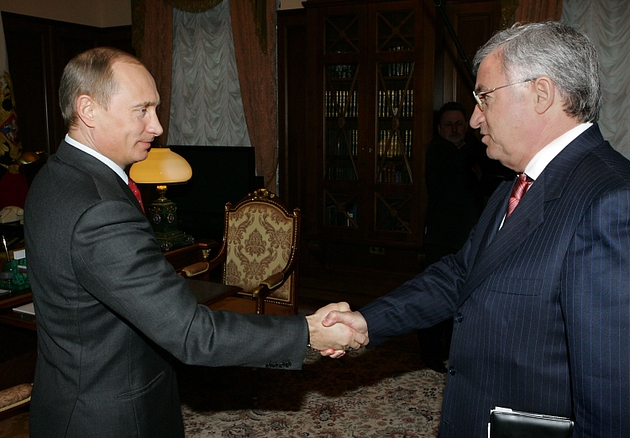 Fedotov was the chairman of two companies that, according to the review, had benefited from the contracts: the All-Russian Research Institute for Construction and Operation of Pipelines, Enterprises of Fuel and Gas Sector – known by its Russian acronym, VNIIST – and IP Network.

The Bureau, which identified Fedotov as the chairman of VNIIST and IP Network in company filings, was not able to independently corroborate the allegations contained in Transneft’s internal review.

Mikhail Krutikhin, a partner at the Moscow-based research consultancy RusEnergy, highlighted the level of corruption that has historically surrounded aspects of Russia’s state-commissioned energy projects. “They are political instruments of Putin and everybody understands they are losing money, they are not generating profit,” Krutikhin said. “But the guys who are building pipelines get very, very wealthy from building unnecessary, redundant pipelines. The same was true for the oil pipeline to the Pacific coast.”

Transneft’s report led to a 2009 criminal investigation into allegations of the embezzlement of funds by companies it had hired as contractors, but the investigation did not result in any further proceedings.

The Bureau made a number of attempts to contact Fedotov regarding the story but received no response.

Aquind’s connections to the UK’s ruling party run deeper than donations. Months after losing his seat in the 2017 general election, the former Tory MP James Wharton took up a paid role advising the board of Aquind. He went on to become the campaign manager for Boris Johnson’s successful bid for party leadership and was selected by Johnson for a life peerage this year. In September he took up a seat in the House of Lords, as Baron Wharton of Yarm, and remains in his role advising the board of Aquind, according to his LinkedIn profile.

Another Tory peer, Lord Martin Callanan, sat on Aquind’s board of directors for more than a year, until the end of June 2017. In July this year, the government appointed him to an international anti-corruption role. 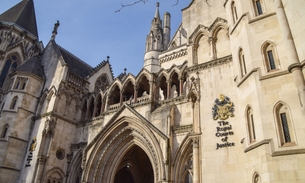 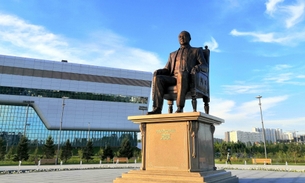