The Daily Telegraph. Read the story.
Find out how to use the Bureau’s work

Kazakhstan's former dictator used the UK to help safeguard a multibillion-dollar business empire built during his three-decade rule, the Bureau of Investigative Journalism and the Telegraph can reveal.

Foundations controlled by Nursultan Nazarbayev, a notorious autocrat who was in office until 2019, controlled $7.8bn in assets via Jusan Technologies. One of the company’s subsidiaries, a Kazakh bank, received a multi-billion dollar state bailout and went on to hand a dividend to its parent. It is registered in the UK, where it has just one employee.

Documents from October 2021 showed Jusan Technologies at the centre of a sprawling corporate operation with private interests held by well-connected members of the Kazakh elite and businesses connected to the ruling family of the United Arab Emirates. Their assets have been held via dozens of businesses scattered across Kazakhstan, Luxembourg, the UAE, the UK, and now the US.

The revelations add to the growing perception that the UK is advertising itself as a jurisdiction where oligarchs, dictators and also kleptocrats can readily do business with little oversight. Last month, an outgoing minister claimed the government had delayed the planned economic crime bill, which would have, among other measures, beefed up Companies House, the UK’s corporate registry.

Dame Margaret Hodge, the Labour MP, recently claimed in Parliament that Nazarbayev had used charitable foundations to “secretly control” a string of assets, which were part-owned through Jusan Technologies. She said the UK had turned a blind eye to suspect wealth and claimed a string of Kazakh elites had become wealthy through crony capitalism under the Nazarbayev regime.

“Britain has opened our borders, our property market, our financial structures to the Kazakh ruling class, enabling them to launder their illicit wealth and to spend it,” Hodge said in Parliament. “Worse, we don’t even enforce our existing laws against any of this wrongdoing.” 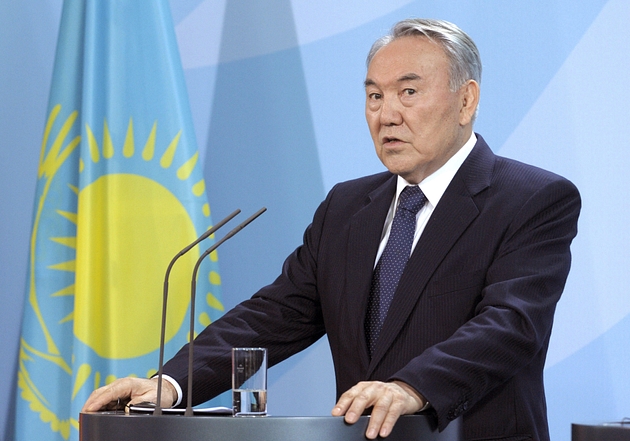 During his 29 years in office Nazarbayev won elections with more than 90% of the vote, accrued enormous wealth for his family and fostered a cult of personality– the country’s capital city was renamed after him. He is generally believed to have continued to wield huge power up until last month’s mass protests, which were met with a police crackdown and resulted in at least 225 deaths. He has denied reports of having fled the country.

As first reported last month by the Organized Crime and Corruption Reporting Project, three educational foundations, including the Nazarbayev Fund, controlled Jusan Technologies. Nazarbayev oversaw the foundations. Boies Schiller Flexner, lawyers for the Nazarbayev Fund in London, said the company’s ownership was handed over to a US non-profit organisation as a charitable donation before the end of 2021. As a result, they said, neither Nazarbayev nor the fund owns or controls Jusan Technologies.

Boies Schiller Flexner said the people and entities involved were independent of Nazarbayev and the purpose of the venture was to fund Kazakhstan’s Nazarbayev University and other educational projects.

The change in ownership is not yet reflected in Companies House, though Boies Schiller said they complied with all the rules around disclosing changes in shareholding.

Even before the change in ownership, Nazarbayev did not personally benefit from the company, because although he has been the fund’s head, its charter forbids him from using its assets for his personal benefit, Boies Schiller said.

Jusan Technologies’ most recent accounts filed in October 2021 showed $7.8bn in gross assets – which included more than $3bn in cash – were owned through banking, telecoms and retail businesses, mainly in Kazakhstan. The accounts disclosed net assets of $1.6bn and net profits of more than $550m for 2020.

Several of Nazarbayev’s old associates have had connections to this booming business empire. Yerbol Orynbayev, who served as deputy prime minister and assistant to the president under Nazarbayev until 2015, was a director of Jusan Technologies and owned a 4.6% stake. He is also deputy chair of First Heartland Jusan Bank, one of Kazakhstan’s biggest banks and the company’s most valuable business.

Galimzhan Yessenov, an oligarch who married the daughter of Nazarbayev’s nephew – who was in turn head of Kazakhstan’s sovereign wealth fund under Nazarbayev – has had a 20% shareholding in First Heartland Jusan Bank. He did not respond to requests for comment.

“Since 2017, we have witnessed the brazen consolidation of the Kazakh banking sector under the Nazarbayev family,” said Kate Mallinson, a Eurasia and Russia specialist at Chatham House.

Another notable figure with links to Jusan Technologies is Sheikh Tahnoun bin Zayed al-Nahyan, the half-brother of the UAE president and son of the country’s founder.

Among other companies, Sheikh Tahnoun chairs Group 42, an artificial intelligence business which held a 3% stake in Jusan Technologies as recently as last year via an investment vehicle called QAZ42. He is also one of the UAE’s most powerful officials, acting as the country’s national security adviser. Group 42 did not respond to requests for comment.

First Heartland Jusan Bank has received at least $2.3bn in government bailouts in recent years. In early 2021, it reportedly used some of that money to pay $430m in dividends to shareholders, defying a requirement from Kazakhstan’s financial regulator . A number of Nazarbayev’s associates, via their direct and indirect shareholdings in the bank, have benefitted from these huge injections of Kazakh public money.

Irina Velieva, a credit analyst for S&P Global, said such cash payouts in the wake of government bailouts "look unusual”.

She added: “The government in Kazakhstan had a very long track record of providing support to the banks. At the same time, the banks’ owners and managers were not always held accountable for the financial losses caused by the banks before government support was coming.”

Jusan Bank said the dividends it paid out were legal and justified after the lender had been stabilised.

Companies like Jusan Technologies are in part able to operate in the UK because of the assistance of lawyers and accountants who work and advise, perfectly legally, behind the scenes.

Boies Schiller said the UK had been chosen as the holding company’s base because of its highly respected legal regime. The company was registered in March 2020 by the US law firm Cohen & Gresser and its most recent filed accounts were signed off in August 2021 by Rakesh Shaunak, the chairman and managing partner of MHA MacIntyre Hudson, a UK auditor. MacIntyre Hudson was paid $462,000 by the company for the audit and other work during 2020.

MacIntyre Hudson is under investigation by the Financial Reporting Council for its audits of another company in 2018 and 2019. It has confirmed it is co-operating with the investigation.

“The choice of the UK reflects perceptions among Eurasian elites and kleptocrats that the UK is an effective guarantor of their wealth and property rights,” Alexander Cooley, a Eurasia specialist at Columbia University in New York, said. “That’s why it’s more attractive than other entities that might safeguard secrecy more. In essence, what they are purchasing is a kind of legal stability and protection. What is happening in Kazakhstan now is exactly the kind of contingency that they probably had in mind, or that their enablers who drew up these agreements were asked to bear in mind.”

John Penrose, the Conservative MP, said: “We’ve got to be at the leading edge of anti-corruption and anti-fraud measures, which means the economic crime bill should be an immediate, urgent priority … We will not threaten our prosperity by introducing these standards, in fact we threaten it if we do not.”

Header image: A statue of Nursultan Nazarbayev in the city of Nur-Sultan. Credit: Dmitry Karaman/TASS/Alamy. 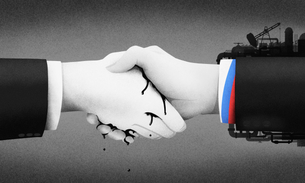 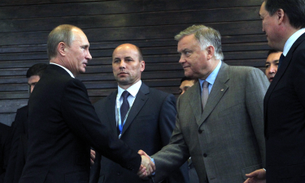