Today the hub for local journalism within the Bureau of Investigative Journalism gains a Community Organiser. This is the first role of its kind in British journalism.

Since the Bureau Local launch eight months ago, over 430 people from 95 places in the UK have joined our network in order to collectively increase public interest stories at a community level.

We have been overwhelmed by the interest and even more impressed by the skills that our members have offered up in order to hold power to account in their areas.

The members include journalists, freelancers, technologists and designers but also teachers, barristers, statisticians, data scientists, illustrators, videographers, translators, students and even a cartoonist.

Over the course of the eight investigations we’ve ran so far, 109 exclusive local stories were published by our network - from established local papers like the Yorkshire Post and the Liverpool Echo, to new media cooperatives like The Bristol Cable and The Ferret.

We have seen designers volunteer to help journalists build visualisations when the resources didn't exist in their newsroom, statisticians volunteer their time to build a database on the electorate ahead of the 2017 General Election and journalists offer up exclusive data they obtained so that the network could interrogate it together before breaking the story.

This community is re-defining what it means to commit what has become known as an act of journalism. The community is proving the power of collaboration and most importantly, providing evidence that there is potential for more.

We stand by what we wrote a month ago, that “the future of news is community”. That is why we are investing further in this network by hiring a Community Organiser, the first job of its kind in the media sector.

We’ve learned a lot from other non-profit independent media outlets which have created “Director of Engagement” or “Partner Manager” roles. However, although we also want to coordinate members and deepen the impact and engagement of our work, we want to do something a bit different.

By its very nature, the Bureau Local is disruptive and unconventional. Our network has taken the journalist-audience relationship and flipped it on its head. And so too has our approach to producing journalism with, not simply for, communities across the UK.

We want to harness the wide range of skills of our members, as well as growing and diversifying that knowledge by deepening our network in the communities we cover.

We see ourselves as serving both the journalists/members of our network and the disparate communities that they serve across the country. By bringing these two crucial parts together there can be better investigative storytelling on the ground and greater national reach.

This approach - the core of this new role - is how we plan to create what we think of as a community of communities at the heart of our journalism. 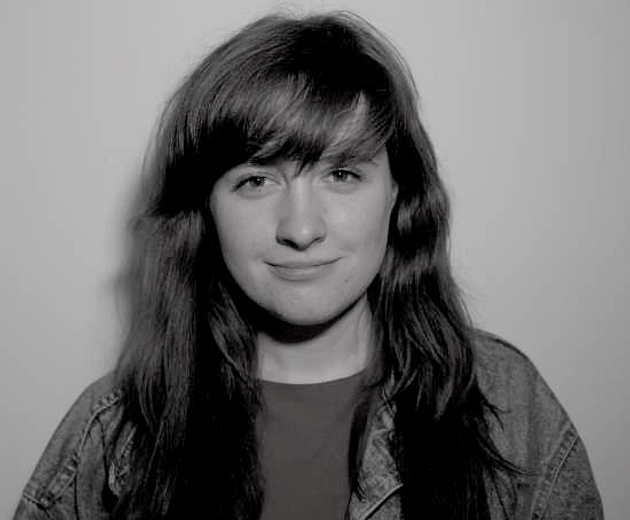 Kirsty Styles, the Bureau's new Community Organiser via Kirsty Styles
“This job represents a fantastic opportunity to empower local journalists to use the huge amounts of data now available”

I am thrilled to announce the excellent Kirsty Styles will be joining us, from today.

Kirsty worked as a technology journalist and economics podcaster in East London for five years, ending up as business to business (B2B) tech editor for the New Statesman.

Then, in 2016 she headed back home to Liverpool to head up the talent and skills programme for Tech North - the Department for Digital, Culture, Media & Sport (DCMS) initiative to accelerate the growth of digital business in the North of England.

It was her job to establish and identify what the “digital skills crisis” looked like in the North and work with others to do something about it. She was recognised for her work creating the Northern Voices network of female public speakers, launching a Northern Power Women Future List award in 2017.

Kirsty twice stood for local election, first while studying at university in Preston, then again while living in Hackney. Kirsty's work in East London was captured in the chapter she wrote for the book, Hackney: portrait of a community 1967 - 2017 (Hackney Society, 2017), which focused on the widening gulf between local people and the tech community that made its home in the borough.

Kirsty studied newspaper journalism at the University of Central Lancashire in Preston. During her studies she worked at her hometown newspaper, the Warrington Guardian, as well as at RockFM and the BBC in Manchester.

“As someone who trained to be a local newspaper journalist, just as the model was starting to fail, it's always worried me that there are huge swathes of the UK that no longer have news organisations working to tell important stories about issues that affect people's lives”, she said.

“This job represents a fantastic opportunity to empower local journalists to use the huge amounts of data now available, to ensure that people across the UK feel their local services and local representatives are working in their best interests.”

Kirsty will support, grow and deepen our network, both on and offline, and will give members more opportunities to be involved. She will be shaping the role so I won’t be too prescriptive now, but the ultimate goal for our existing network, and the network we will have in a year’s time, is to be more connected than ever. We will be producing the kind of journalism that can only come from this approach.

We are thrilled to create this new post and have Kirsty join us. We are grateful to the Open Society Foundation for its grant to support this new role.