The Bureau Local has won the Innovation prize at the prestigious British Journalism Awards.

The Bureau Local, part of The Bureau of Investigative Journalism, has built a network of 450 people across the country to collaborate on data-led stories at a local and national level. It only launched in March this year and is the first such initiative of its kind in the UK.

The judges said: “The Bureau Local has found a new way to do things previously thought difficult or impossible, and a way of being efficient at a time when resources are in short supply.”

In October the Bureau Local revealed the extent and impact of cuts to domestic violence refuges. This work culminated in 35 stories being published at a local level, and a report on Channel 4 News. It was later referenced when MPs debated funding for the sector at Parliament in early December.

A unique aspect of The Bureau Local is that the community includes journalists - local and regional reporters, freelancers, students and non-journalists such as technologists, data scientists and academics, who work together on investigations.

Other news organisations shortlisted in the Innovation category were the FT, for its Visual Vocabulary, the Guardian for its Dab shareable videos, BBC Newsnight for Viewsnight, The Telegraph for Bryony Gordon’s Mad World podcast, and BBC Radio Bristol for its social media work.

Megan Lucero, Bureau Local director, said: “This award is a win for the project and a win for local journalism. We are thrilled the judges chose to recognise a community dedicated to scrutinising local bodies and holding power to account - a community doing this in innovative and collaborative ways”.

Network member Emma Youle, of Archant Investigations Unit, was shortlisted in the Local Heroes category at the awards, which were announced during a ceremony held at the De Vere Grand Connaught Rooms in London on Monday.

The Bureau Local is funded by Google’s Digital News Initiative.

Header picture via the Press Gazette 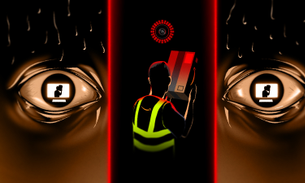