When people think of homelessness, they often think of someone sleeping rough. But homelessness is wider than this.

Picture the ranks of people now barely surviving: families with children in temporary B&Bs that don’t feel safe; those recovering from addiction placed in hostels where drink and drugs are rife; migrant women sofa-surfing – at first with friends, but then with those who don’t have their best interests at heart.

When we started our Locked Out investigation into the lack of routes out of homelessness, the follow up to our Dying Homeless project, we knew this on paper. But what we didn’t necessarily understand was the disorienting reality for so many of living like this.

The Bureau Local project is a young one, and we are still exploring how journalism in the UK could better serve communities. We want to understand how people who live through the issues at hand can help conceive and shape media narratives, rather than being fodder for them.

So we decided to try new ways of reporting with people, not on them. We adopted a model called Story Circles that has been successfully used in the US and adapted it for a British audience. It involves convening small groups of people affected by different dimensions of an issue and creating a warm, welcoming space for the sharing of first-hand stories. It relies on the idea of “radical hospitality” – using soft rugs, plants, tealights and food, to create a homely ambience. “It’s like bloody Ikea in here’” was one reaction, followed by, “It’s great!”

We already had plenty of data on how unaffordable most rental properties were for people on housing benefit, and evidence of councils often being unhelpful gatekeepers, even when it came to the most vulnerable. That data showed us some of the most acutely affected places were Bedford and Edinburgh; holding events there helped us to realise the breadth and complexity of experiences of people without a home.

People were welcomed just as themselves, rather than as representatives of specific organisations or issues. Each event started with sharing a hot meal together and chatting, then participants each had five minutes to share a story that was important to them, based on three prompts: 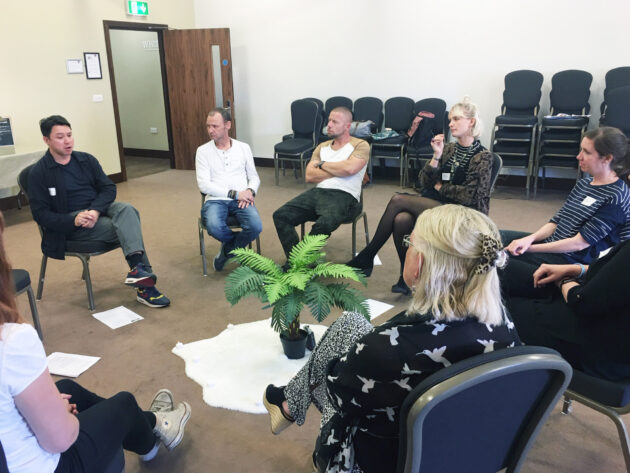 The story circles attracted people who were experiencing homelessness, those who had escaped it and now worked to help others, landlords who expressed sympathy but wanted to give their side of the story, charity workers and even a councillor who had previously experienced homelessness herself and now wanted to listen to those who were suffering.

Stories were poignant (a “hard man” living on the streets who had been reduced to tears by a council housing official) and eye-opening (one man trying to escape addiction had repeatedly been put in accommodation with drug users – and in one case a charity worker even tried to sell him drugs).

One of the most affecting stories was a man who had finally moved into his own place after strong advocacy from a local housing charity. His flat was not much, he said, but it was hard won, and nothing beat being able to shut your front door, be safe, and be able to plan the rest of your life.

We also gave out stamped postcards that could be sent back to us, so that people at the story circles could ask those they knew to share their thoughts. 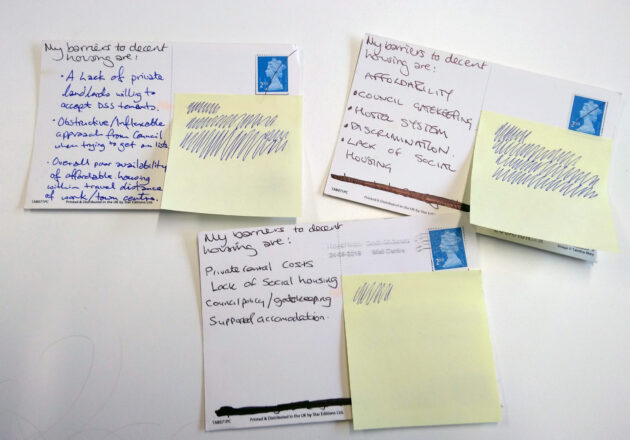 Ricki Barton, who came to the Bedford story circle, told us: “It was really interesting and refreshing to see difficult and massive problems that can be overshadowed by things like Brexit in the mainstream media are being looked at by some journalists. That there are people trying to bring other things to the forefront – hard-hitting issues that affect my community and the country as a whole.”

The Bureau Local learnt much more than we would have had we simply looked for single case studies, highlighting which topics were most important to people on the ground. This has helped steer the focus for our next investigations, and given us valuable context.

After conducting the story circles as part of our story-gathering and research process, we committed to go back to those areas after publication. At these much bigger return events, we invited community members, leaders, local politicians and policy makers and told them the shocking statistics we had uncovered.

For example, in Edinburgh, only one in 50 of all two-bedroom private rentals advertised online were affordable to people on housing benefit. After Scottish government representatives attended our event, we were asked to share our data and, at Holyrood, the Scottish housing minister just announced more powers for councils to regulate Airbnb rentals, an aggravating factor in many cities.

We also invited people from our original story circles to share their experiences with this wider audience, and heard from the local journalists who reported on the situation as part of our investigation. We hosted live theatre and pop-up photography, and also shared video that we gathered at our earlier events:

Ricki Barton shared his story with the audience at the return event. “I was just really pleased that I could do positive things with my negative experiences up to now – with addiction, housing problems and being classed as an addict and homeless and falling into that category of stigma – taking that and doing something positive with it. To be able to use my voice to bring awareness to a situation that’s ever increasing and doesn’t appear to have any immediate remedy.

“It was overwhelming, in a good way, afterwards having lots of people from different professions coming up and wanting to engage with me, it’s a very alien environment for me ... I had a long time where I felt isolated and I didn’t feel my views and opinions were valid.” 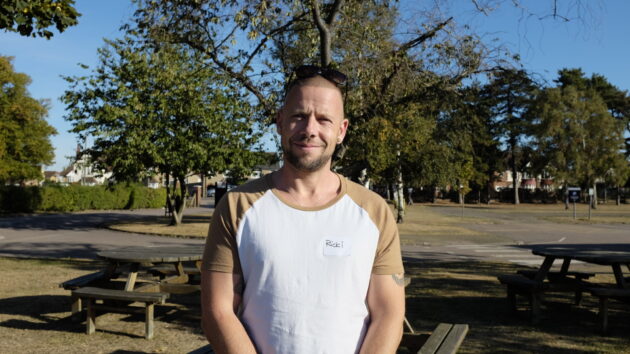 Many of those who spoke to us after our Edinburgh event said that they planned to do more as a result of attending, such as contacting politicians, researching to find more data and writing about the topic. Most felt that there were local journalists that they could go to with stories or issues that they had become aware of specifically from coming along.

There were many insights throughout this process but the stand-out was trust.

People may not trust “the media” as a monolithic entity, but providing real hospitality, time, respect, a platform and a commitment to return allowed trust to blossom.

If you’d like to find out more about our story circles and storytelling events, you can contact us at [email protected]

The Bureau's story circles were supported by Bertha Foundation

Rachel is an experienced investigative journalist leading on the health inequality project. She was previously a Community Organiser.