Earlier this week my team exposed how the beef supply chain of the world’s biggest meat business, JBS, continues to be linked to the destruction of the Amazon rainforest. Our investigation uncovered how the company’s own trucks transported cattle from a “dirty” ranch fined for deforestation to a supposedly “clean” ranch that in turn supplied JBS abattoirs. The Bureau also obtained livestock movement records which revealed that thousands of cattle had been trucked on the same route.

Although JBS disputes the findings, the revelations directly contradict the company’s claims that it is unable to monitor the more distant parts of its beef chain, and prompted calls for supermarkets and fast food chains to immediately cease trading with JBS.

The stakes couldn’t be higher. The Amazon is a crucial buffer in stabilising the regional and global climate. Preserving the world’s rainforests, many experts say, is essential if a climate emergency is to be averted.

Yet between 1980 and 2005, deforestation levels reached 20,000 sq km per year. And international demand for beef is directly driving the problem: about 5,800 sq km of forest — an area four times the size of Greater London — is being felled annually in the Amazon and other areas of Brazil to be converted into pasture for cattle farming.

But this scandal, shocking as it is, is just one of the many – often hidden – costs of the world’s love affair with cheap meat.

Some 70 billion land animals are produced globally for food each year, an estimated two thirds of them reared in intensive conditions.

As a food journalist and investigator, I’ve spent the past decade and a half probing the multiple impacts of this kind of industrial farming.

This journey has taken me to farms of all sizes, from traditional smallholdings to huge Concentrated Animal Feeding Operations (CAFOs) run by some of the world’s biggest food conglomerates. It’s also led me into abattoirs and meat processing plants, livestock markets, ports and food factories in numerous countries.

Many of the issues I’ve covered – food safety, antibiotic resistance and superbugs, animal welfare, exploitation of workers, pollution, deforestation – were probably more marginal concerns just twenty or thirty years ago. Today they have jumped up the global agenda and now command the attention of a concerned public as well as politicians.

The Covid-19 crisis has also prompted a renewed interest in the links between animal and human disease, public health, and in farming and food production more widely.

It was this that finally prompted me to write the inside story of the fifteen years I’ve spent reporting on the global meat machine.

Investigating “Big Ag” isn’t easy. In common with other globalised sectors, it’s dominated by huge but little known corporations where big money and vested interests prevail, along with a culture of secrecy and a widespread lack of accountability. Shining a light on the industry’s murkier corners often requires months of research, sourcing secret or suppressed data and documents, working with whistleblowers and undercover filming.

Come to our online discussion on how we can save the world's largest rainforest on August 19, 2pm 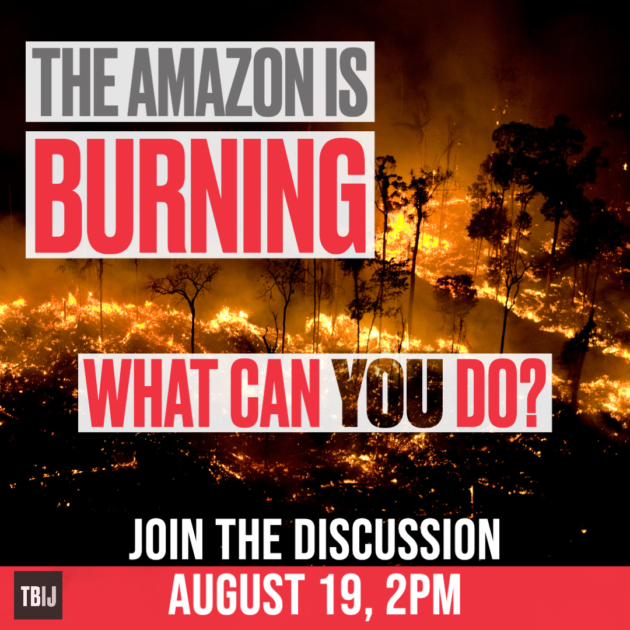 As well as telling some of the behind-the-scenes stories behind the headlines, I’ve highlighted some of the many environmental impacts connected to industrial meat production. Soy, for example, is a staple in animal feed, with up to 90% of the global crop used to feed livestock. But it has been linked to deforestation and human rights abuses in places such as Brazil, Paraguay and Argentina.

Other feed inputs are sourced from the marine environment, including fishmeal. Although prized for its nutritional value – it contains omega-3 fatty acids, beneficial to humans and animals – the fishmeal trade has been responsible for a host of environmental and social problems, including pollution, health issues, overfishing, and impacts on ecosystems and wildlife, in Peru and elsewhere.

It’s here, and in other equally remote places, away from the spotlight and the scrutiny, that many of the real costs of the global appetite for intensively farmed meat are felt. Lives and livelihoods ruined, environments trashed and futures blighted. And it’s often invisible to the outside world.