From the beginning of our #ClosedDoors project we knew we were working against the clock. Housing experts and activists had warned that despite government assurances, the end of the eviction ban combined with the devastating impact of Covid could lead to a wave of homelessness.

We wanted to document the scale of this emerging crisis and the challenges faced by tenants as the eviction rules were relaxed and furlough payments were about to come to an end – but we faced a major obstacle. No data was being collected on the outcomes of possession hearings.

With the support of the Legal Education Foundation, we set out to collect that data from scratch in one of the largest court reporting projects undertaken in the UK. We recruited and trained 21 freelance journalists and staff reporters and sent them to the busiest possession courts in England and Wales.

We logged details of more than 550 rental cases and sat through over 100 hours of hearings to give an unprecedented insight into how the pandemic has affected people’s housing situations.

Our team of reporters found that 85% of cases leave judges with no scope to take a tenant’s circumstances into account and decisions that left people homeless were being made in an average of 10 minutes.

In a third of the hearings that ended in possession orders, Covid was cited as a contributory factor. Almost two thirds of the cases we saw were for rent arrears.

In response to our findings, Eddie Hughes, the minister for rough sleeping and housing for England, told the Bureau that the government was looking into the issue of mandatory legal grounds and recognised the lack of discretion given to judges in rent arrears cases.

The chair of the housing, communities and local government committee, Clive Betts MP, and Big Issue founder Lord Bird called for urgent government action, the latter warning that “we risk facing a mass homelessness crisis like never before”.

Government 'talking to everyone' ahead of reform bill

Eddie Hughes told the Bureau that the government was looking into the legal grounds used to evict tenants in England and Wales, including the fact that if someone falls behind on rent by two months then a judge must allow the eviction to proceed.

“There are certain grounds that the judge has no option but to grant [a possession order] and we need to be mindful of that, so we are considering it,” Hughes said.

The housing minister was speaking on 5 October at a Conservative party conference fringe event about rental reform. Hughes said he was undertaking a series of roundtable events to explore issues that may be addressed in the long-awaited Renters’ Reform Bill.

He explained the department was keen not to approach any changes from a negative stance towards landlords, for risk of being “too stringent”; Polly Neate from Shelter told the event that under current laws, “the balance of rights is very much on the side of the landlord”.

The Bureau’s investigation found that almost two thirds of people in possession courts were there because they had fallen behind on two months rent or more, many due to Covid-19, while one in five cases involved the controversial Section 21 “no fault eviction” notice. Hughes said: “We’re talking to everyone and that includes the court system to understand how best to apply the law and what changes need to be made. We simply can’t be abolishing Section 21 without being mindful about the consequences.”

He mentioned the possibility of a landlord register, which would gather information on details of landlords and the safety checks they have undertaken. Hughes said that rather than put a burden on landlords, this would pull together evidence of checks they should already be doing. “In a post-Grenfell world surely our first and foremost duty is to keep people safe,” he said.

Nick Ballard from tenant rights group ACORN said what the Bureau had uncovered was “absolutely harrowing”, while shadow secretary of state for housing Lucy Powell called on the government to bring forward a plan to make good on its pledge to scrap the controversial Section 21 “no fault eviction” notice. We wanted to capture both tenants’ personal experiences and the trends throughout the country, so we designed a survey that reporters filled in after each case. We asked how long hearings took, whether Covid-19 was mentioned, the legal grounds each case was based on and whether the tenants had children or issues such as mental health concerns or physical disabilities. Each case was fascinating in its own right. Put together, they gave an unprecedented insight into how the pandemic has affected the UK’s housing sector.

We set up a WhatsApp group to coordinate our team, which quickly became a space where our reporters shared their on-the-ground experiences and the lessons they learned. When they were turned away from courtrooms by judges who did not realise that hearings are public, other reporters advised them on how to convince the judge to allow them into the next hearing.

Ruth Bushi, who was reporting from Carlisle and Newcastle, said: “Being outside London and from a non-traditional journalist background, I get very few chances to collaborate and learn from other folk from a broad range of backgrounds. I didn't feel intimidated about going into the courts, despite the obvious pushback against my being there at times.”

For some, it was the first time they had reported from court. Patrick Ferrity covered 100 cases as part of the project and said since this was his first time in court he “was not quite sure what to expect”.

“It could be difficult to witness how badly the pandemic has affected peoples’ housing situation, in particular the most vulnerable in society,” he said.

Patrick Ferrity covered 100 cases as part of the project 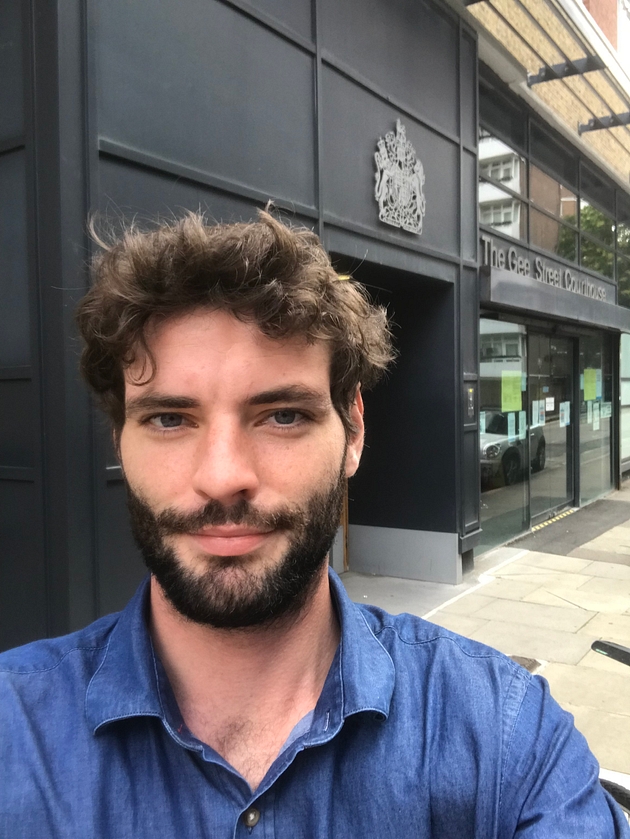 Ben Fishwick, who has been covering crown and magistrates’ courts for The News in Portsmouth since 2014, said the project “brought to life just how easy it is for people to be on the edge of homelessness” and highlighted the need for greater transparency. His reporting was published over five pages, including a front-page splash.

“This project was a strong reminder to me of the importance of covering not just individual cases, but also the wider processes and politics in play,” he said.

We reported our findings nationally with the BBC, which covered the story throughout its radio and television news bulletins – from the Today programme to the News at Six.

Local reporters published stories covering what they saw in courts across England and Wales, from Manchester to Newport.

At times, these showed how the situation varied in different parts of the country. While most cases covered by MyLondon in the capital involved private landlords, The Nottingham Post found that most eviction proceedings in their local area were against social tenants.

Local reporters also documented the heartbreaking stories of tenants who felt powerless in the face of an intractable legal system. In Portsmouth, The News spoke to Kaye, a mother of three who, despite relying on foodbanks, paid her rent in full. She had been served with a no-fault Section 21 eviction notice. 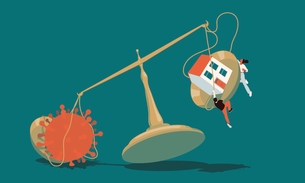