The word Brazilians use is grileiro: land-grabber – a speculator who seizes public land and clears it of forest so it can be turned into profit.

Today, the Brazilian government joined more than 100 countries in signing up to a commitment at the Cop26 climate talks in Glasgow to halt and reverse deforestation by 2030.

Meanwhile in Brazil, legislation backed by president Jair Bolsonaro will legitimise grabbing land and encourage the invasion of indigenous people’s territories. The bill passed Brazil’s lower house of congress in August, taking it one step closer to becoming law.

This destruction of the wilderness in Brazil is closely tied to what’s on our dinner plates in the west.

Soya from businesses linked to deforestation has been exported in huge quantities to feed poultry and dairy cattle in Britain, as our reporting at the Bureau has shown. Major companies are increasingly alarmed by what is happening and some, including Tesco, Sainsbury’s and Marks & Spencer, have signalled they would boycott Brazilian agricultural products over the urgent threat to the Amazon.

So today’s news from Cop26 should be met with intense scepticism. This public commitment to tackling deforestation is certainly welcome. But campaigners are right to warn that it means nothing if land-grabbing is legalised in Brazil and the country’s existing environmental protections are not enforced.

This summer, we reported on fires set on legally protected land in the Amazon. We looked at areas supposedly subject to embargoes, where landowners had been penalised for clearing forest. The embargoes are meant to allow these forest areas to recover.

Major Brazilian meat producers, including JBS, the world’s biggest meatpacker, have promised not to buy cattle from embargoed land – yet we tracked cattle from a farm implicated in deforestation to abattoirs run by JBS and another Brazilian meat business, Marfrig. JBS and Marfrig’s UK customers include major supermarkets, such as Sainsbury’s, and wholesalers that supply the NHS.

The news from Glasgow comes seven years after the New York Declaration on Forests, which also set a goal of ending deforestation by 2030. Brazil did not sign that agreement, so today’s commitment is a step forward.

This year’s summit is notable for a growing awareness that the climate crisis has to be tackled not just by decarbonising the industrial economy but also by maintaining pristine tropical forests, which remove carbon from the atmosphere.

But words are not enough. The rate of forest loss around the world accelerated in 2020 despite the economic slowdown induced by the pandemic, according to analysis by the University of Maryland.

The Glasgow announcement was supported by a pledge of $12bn (£8.8bn) in public finance from rich countries, including the UK, to be spent over the next four years to protect and restore forests.

It isn’t much when you set it against the tens of billions that flow from big banks to the world’s most harmful agribusinesses. To give the forests a chance, we need to curb the reckless expansion of industrial agriculture into the planet’s last remaining wild spaces. 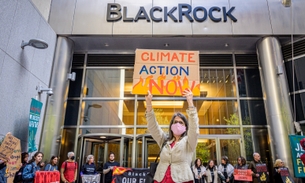