The Bureau and Rendition Project have provided the first comprehensive account of what happened to the 119 men known to have been held beyond the rule of law in the CIA's secret detention network.

Our dataset reveals, to the extent possible, where each of these individuals was captured, how long they were held for, and what happened to them afterwards. Our analysis offers an unprecedented insight into how countries in Europe and elsewhere participated in America's covert prison system.

Government documents, which the Bureau published, show how state officials in one such country - Lithuania - helped the CIA to run a secret facility.

For the first time, our research made it possible to give an accurate overview of the internal dynamics of the prison network, including many previously unknown details about which prisoners were held in which sites at which times.

Fewer than a third of those held by the CIA were taken on to Guantánamo Bay, which the Bush administration designated for "the worst of the worst" captured in the war on terror. Many were transferred to custody in other countries or released. Others remain unaccounted for. 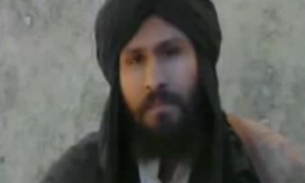