Email Twitter PGP
Jack Serle is a specialist reporter on the Bureau’s covert drone war team. He joined the Bureau in 2012 and was part of the team that won the Martha Gellhorn Prize for Journalism in 2013 for their work on drones and the US covert war on terror. He graduated in 2010 and then studied an MA in science journalism at City University London. US strikes shoot up in Somalia

US strikes in Somalia shot up in November, with American planes carrying out five times as many strikes as they did in the previous month. US reduces transparency while escalating air war in Afghanistan

Questions for US on the air war remain unanswered, Bureau finds 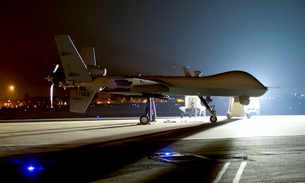