Gavin Barwell is one of five MPs under scrutiny over election campaign costs following a joint investigation by the Bureau of Investigative Journalism and Channel 4 News. 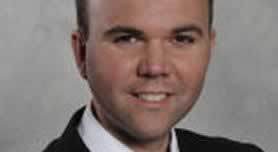 Gavin Barwell is the newly-elected MP for Croydon Central. Until recently he was a key aide to Conservative deputy chairman and chief donor Lord Ashcroft (see Lord Ashcroft’s Who Knows Who map). Barwell is also former operations director of the party.

The investigation discovered that Mr Barwell neglected to declare any payment for renting his office in Purley from the local Conservative Association.

Electoral rules require candidates to declare rental charges, even if their party owns the property. This is to ensure fairness. The Conservative Association rents out the flat above the offices for a £1000 per month.

Based on this, TBIJ and Channel 4 News estimated the missing charge could be as much £300 during the key campaign period – Mr Barwell did not comment on this figure.

He also appeared to claim a £500 printing refund without including the original charge, which may have further reduced his costs.

A Conservative Party Spokesman told Channel 4 News: “We have been made aware that there is an anomaly in Gavin Barwell’s return when the discrepancy was drawn to the attention of the Gavin Barwell’s agent, he realised his error at omitting two items of expenditure from the return and is taking the appropriate action.”