The list of donors to the Conservative party includes many of the most powerful in the City and business in the UK. But every so often, a name pops up that seems somewhat incongruous.

The Bureau takes a look at the more unusual donors to the Tory party.

With hits including Remember You’re a Womble, Superwombling, and (of course) the legendary Wombling Free, Mike Batt was creator of the furriest (aside from possibly ZZ Top) band to grace British pop history. It is speculated that these pointy-nosed Wimbledon residents may have influenced Tory policy this week, through their work to help the environment by collecting and recycling rubbish in useful and ingenious ways.

Although many feel that the Wombles were the pinnacle of his illustrious career, Batt is also famous for writing Bright Eyes, the theme tune to the animated film of Watership Down, and for his discovery of singer-songwriter Katie Melua.

But did the Wombles vote for Conservative Wimbledon MP Stephen Hammond? Indeed, can they even vote?

He may be more famous for his penning of Downton Abbey, but Julian Alexander Kitchener-Fellowes was made a peer by the Tories and, with a £40,000 donation, is one of the party’s best known backers.

He has appeared in numerous films and television series, playing the part of Kilwillie in Monarch of the Glen and Claud Seabrook in BBC drama Our Friends in the North. 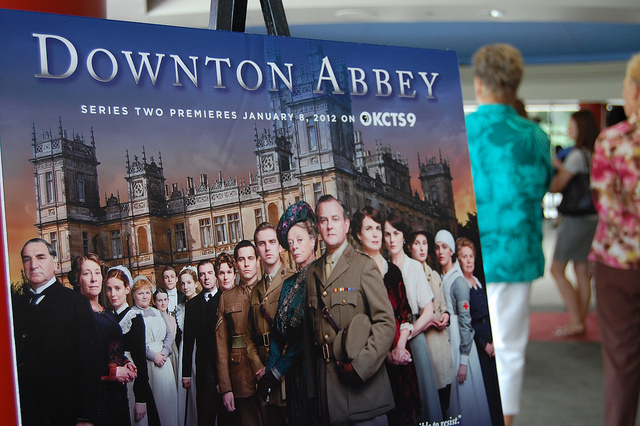 Fellowes is the creator of ITV’s Downton Abbey, soon to be broadcast in the US. Flickr/KTS9

Fellowes is also an acclaimed screenwriter, penning the scripts for the award-winning Gosford Park and From Time to Time. At the Labour Conference earlier this week, Deputy Labour leader Harriet Harman took aim at Downton suggesting the Tories think ‘it’s a fly-on-the-wall documentary’.

Perhaps one of the more controversial Conservative party donors, CC Property Company is owned by S & K Holdings, which in turn is a subsidiary of the Lebanese-registered Consolidated Contractors Company (CCC). This is controlled by Palestinian billionaire Said Khoury and his family. 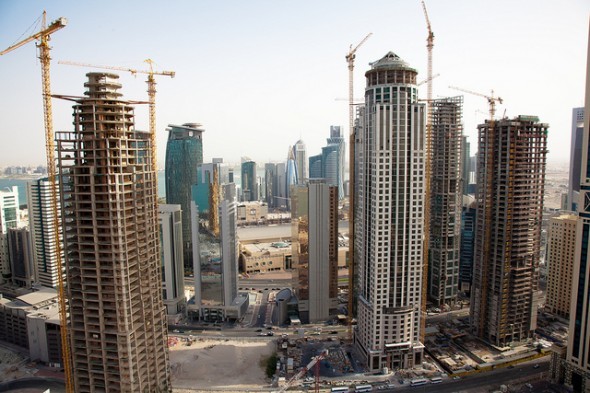 CCC is the largest engineering company in the Middle East. Flickr/Omar Chatriwala

The Telegraph reported in July 2010 that Khoury and his former partner Hasib Sabbagh, whose company built the Abu Ghraib prison in Iraq, were alleged to have had close links with the Palestine Liberation Organisation. They previously hired senior Labour figures as ‘consultants’ but began donating money to the Conservatives shortly before the election.

CCC is the largest engineering firm in the Middle East and last year its revenues reached $4.2bn.

John Frieda is a celebrity hairstylist, entrepreneur and founder of elite hair salons in London, New York and Los Angeles. Frieda comes from a long line of expert stylists – he is the grandson of a Fleet Street barber and son of an Ealing salon owner, and his past clients range from Princess Diana to the Beatles. He created the legendary ‘Purdey’ haircut, for Joanna Lumley in The New Avengers. He stopped cutting hair in 1990 to concentrate on expanding his product business, including the ‘Frizz-Ease’ brand, and in 2001 sold the company to the Japanese Kao Corporation for $450m.

Frieda collects art by Lucian Freud and Francis Bacon, and has two children and a stepdaughter with second wife Avery Agnelli, widow of Fiat heir Giovanni Agnelli. He also has a son, Jordan (from his first marriage to pop singer Lulu) who once played the controversial part of Prince William in a Hollywood film.

Talking of royalty, Annabel’s, the club favoured by the royals and the Mayfair set – and said to be the only nightclub visited by the Queen – gave £20,000 to the Tories this year. Established in 1963 by Mark Birley, the basement night spot was named after his then wife Annabel Vane-Tempest-Stewart, who clearly had a hold over him as the club retained its name even after she ran off with, and married, his friend the late Sir James Goldsmith.

With patrons including Prince Charles, Camilla Parker-Bowles, Richard Nixon, Lord Lucan and even Frank Sinatra, Annabel’s is the aristo’s watering hole . It was the venue for Sarah Ferguson’s hen night when she and Princess Diana famously dressed up as policewomen. And it hosted that charity fundraiser where Sir Phillip Green got to snog supermodel Kate Moss – for a tidy £60,000.

Its 9,000 members pay a £1,000 joining fee and annual subscriptions. Richard Caring, the upmarket restauranteur, snapped up the London establishment for an estimated £90m in 2007.