An examination of Michael Gove’s political funding reveals that his constituency office, Surrey Heath, has received more funding in the past year than that of any other Cabinet MP.

Though one of the safest Conservative seats, Gove’s constituency has received £61,279 from individuals, companies and associations between May 2010 and October 2011.

This is nearly five times the nationwide average value of donations to Conservative and Liberal Democrat constituencies, which was £11,701.09. 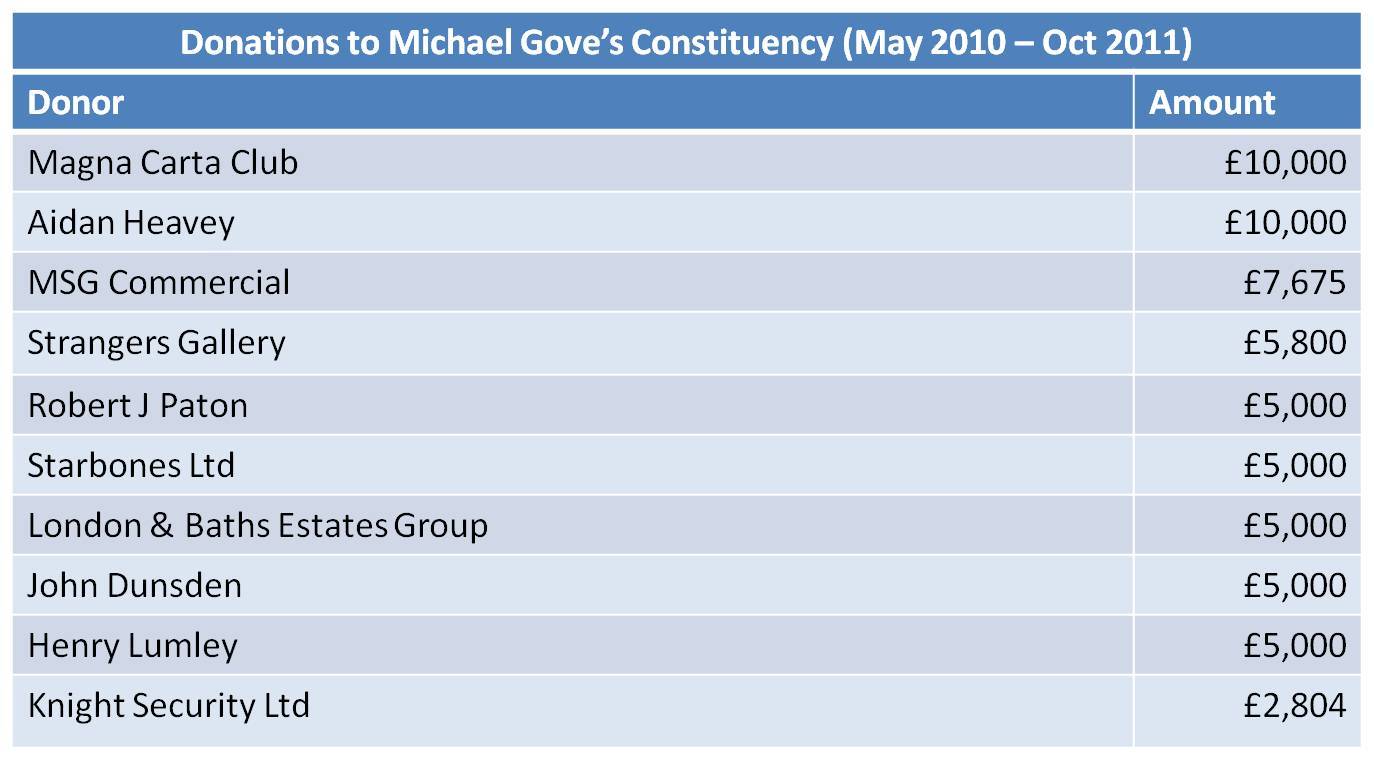 Over the past year, 10 separate donors are listed by the Electoral Commission as giving money to Surrey Heath.

Surrey Heath – The Donors
The largest donations are £10,000 from an association called the Magna Carta Club, and a £10,000 individual donation from Aidan Heavey, founder and chief executive of Tullow Oil, a global gas and oil exploration company that made a profit of £73m in 2010.

The Magna Carta Club is run by Surrey Heath Conservative Association. A social group for ‘Conservative-minded business and professional persons’, its aims include supporting ‘traditional ideas enshrined in the British Constitution going back to Magna Carta’ and improving communications ‘between Business and Political leaders’.

Gove’s agent, Alan Cleverly OBE, is the Honorary Secretary of the Magna Carta Club. Cleverly is also founder and CEO of the Genesis Initiative, a body that represents the interests of UK Small and Medium Enterprises (SMEs), ‘ maintaining pressure upon the policy makers’. The initiative is registered to the Surrey Health Conservative Association’s address. 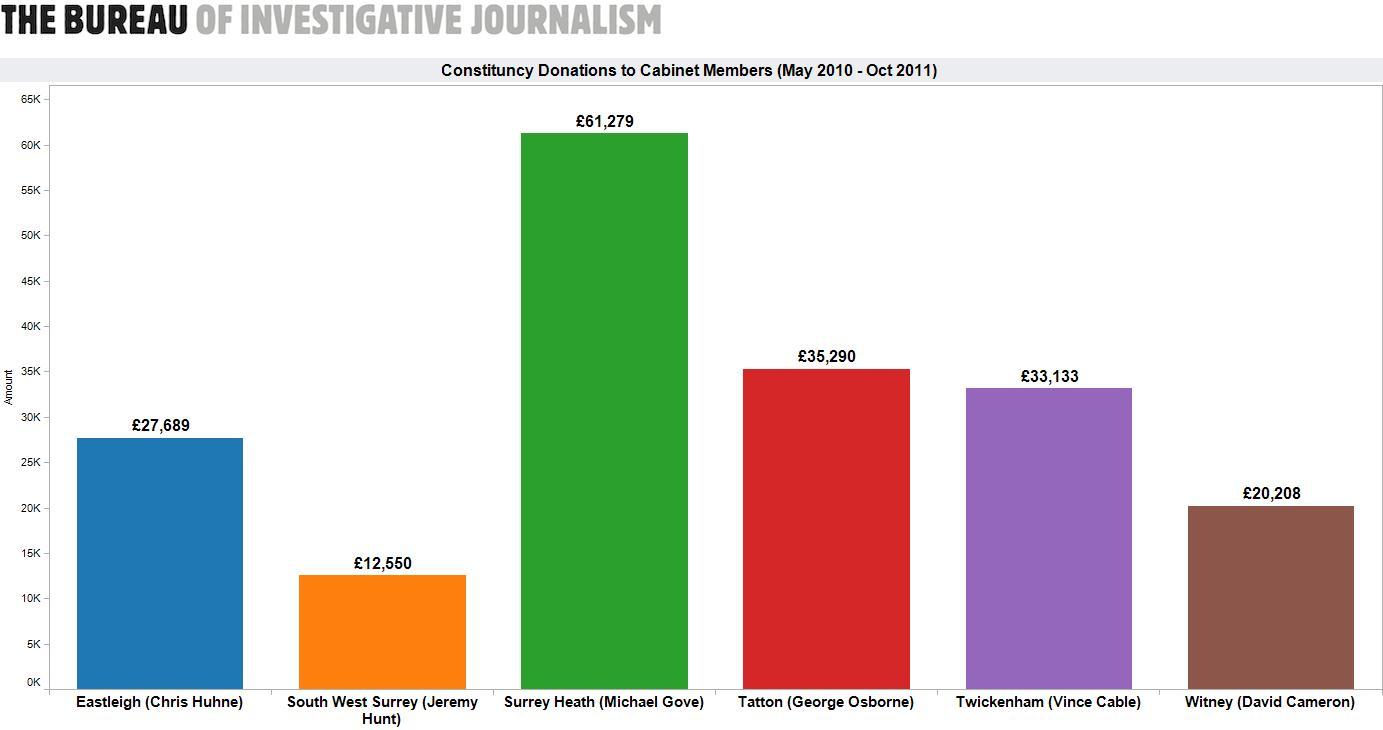 A number of Surrey Heath’s donors have links to the Genesis Initiative, including pizza company MSG Commercial, which gave £7675 in November 2010. MSG owner Moonpal Grewal is a Director of Cleverly’s Genesis Initiative.

Another club run by the Conservative Association – the Strangers Gallery – gave £5,800 in May 2011. This ‘luncheon club’ offers its members the opportunity to ‘speak to the Rt Hon Michael Gove MP on a one to one basis’ and holds four lunches each year in Westminster.

The donations over the past year form only a small part of the total donations given to Surrey Heath since Gove became its MP.

Gove first represented the constituency in May 2005 and since then, it has received £284,416.40 in donations. Nearly 60% of those donations can be linked, directly or indirectly, to Surrey Heath Conservative Association, or Alan Cleverly’s business initiatives.

Surrey Heath did not respond to the Bureau’s calls.