Top UK spies approved the sale of a software system to Iran that allows the geographic tracking of mobile phones. The system was developed by Surrey-based Creativity Software and sold to MTN Irancell.

In March 2009 the National Technical Authority for Information Assurance, a branch of the GCHQ, was given access to the system. The system was to be sold to MTN Irancell, the second largest mobile phone operator in Iran.

In an answer to a parliamentary question tabled by Lord Alton, Baroness Wilcox, under-secretary of state in the Department of Business, Innovation and Skills, said:

‘The UK Government National Technical Authority for Information Assurance provides technical advice to BIS on whether information security products are subject to export controls. In this capacity, on 31 March 2009 officials from this authority had a meeting with Creativity Software to consider products that the company wishes to export.’

Mounting concerns
The news comes as tensions with Iran escalate with the closure of the Iranian Embassy in London, and mounting concerns about human rights violations. 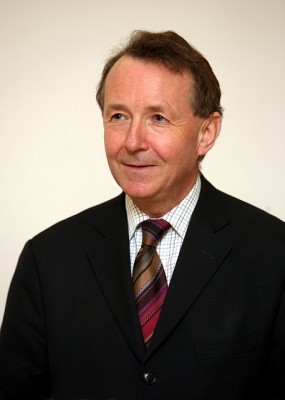 Creativity Software said its technology is intended for commercial use only. The software allows internet and social networking services to use the location of the user, so a search for restaurants, for example, would bring up only those in the immediate area.

However, concerns have been raised about the possibility of abuse by the Iranian regime which controls 51% of MTN Irancell, as the software could potentially be used to monitor the location of an individual.

Lord Alton, who has doggedly pushed for details about the deal though a series of parliamentary questions, said: ‘I find it really extraordinary that… the government have conceded that an agency operating out of GCHQ held a meeting with Creativity Software, and that they discussed the dual application of this technology and then nothing at all was done to deter the export of technology that could be used to abuse human rights activists to arrest democracy activists.’

The deal raises questions about transparency, and about the legislation available to the state for dealing with technology that could be used for surveillance and other software that could be abused by oppressive regimes. Campaigners have branded the burgeoning surveillance sector as the new arms industry.

Much of this kind of equipment is sold to authorities and police forces that want to monitor terrorists and other threats to public order.

Some of the systems, such as those supplied by Creativity Software, are intended purely for commercial use to offer better online services.

Spying and monitoring
However, campaginers argue that in the wrong hands, the capabilities of many of these systems can give repressive regimes the ability to monitor and spy on their citizens.

There is no way of knowing whether Creativity Software’s software has been used in this way, and there is no suggestion that the company supplied the software for anything other than legitimate commercial use.


‘I find it really extraordinary that the Government have conceded that an agency operating out of GCHQ held a meeting with Creativity Software… and then nothing at all was done to deter the export of technology.’
Lord Alton of Liverpool

The company said: ‘We would like to reiterate that Creativity Software has deployed commercial location based services with MTN Irancell and nothing more. Any connection implied between the provision of commercial location based services deployed by MTN Irancell in Iran and any possible human rights abuses is equally erroneous.

‘Creativity Software opposes any form of repression and strongly disapproves of the use of technology in violation of human rights.’

The company complied with all the correct legal procedures before exporting its product to Iran. Baroness Wilcox confirmed on November 21:

‘Creativity Software is under no obligation to apply for export licences unless the equipment is controlled. In those circumstances, these applications are considered on a case-by-case basis against consolidated EU and UK export criteria in the light of prevailing circumstances and paying particular attention to allegations of human rights abuses.’

The Surrey-based company added: ‘Creativity Software is proud to be a supplier of world class technology to MTN, in Iran and other countries. MTN is a company with the vision of being the leading telecommunications provider in emerging markets, with an avowed mission to speed up the progress of the emerging world by enriching the lives of the people within it.’

Lines of questioning
According to UK law, arms export controls dicate that items that fall under the categories of ‘military’ and ‘dual use’ goods require a licence for export abroad.

Bruce Macfarlane and Alan Morgan both paid part of the salary of researcher Chloe Dalton, whose father served as British ambassador to Iran between 2002-06.

At present, UK export laws on technology state that only software that uses encryption technology is subject to controls.

Baroness Wilcox said: ‘We can only prevent trade in those cases where the law allows us to do so. The Government will consider carefully the case for new legislation in this area.’

Ross Anderson, professor of security engineering at Cambridge University, said that laws are available: ‘It is disgraceful that western governments have not used the powers they already possess, such as the Export Control Act in the UK, to crack down on this [kind of] trade. Ministers have said they lack they power to do so; I suggest they read the military list ML11.c  (p177) which includes monitoring equipment for military intelligence or security purposes.’

Campaigning for greater transparency
The laws on software exports have not been updated for 10 years. Only directives passed down from Europe ensure that the UK is kept up to date.

MEP Marietje Schaake is concerned that there is a ‘serious lack of knowledge’ about surveillance software and the extent of its capabilities. She argues that the issue needs to be made more mainstream to make sure the internet is covered by human rights policy.

‘Harmonised and smarter legislation needs to be brought in to improve the monitoring of ICT exports and to allow for restrictions in cases of  serious human rights concerns. For that, we also need more transparency on the side of companies, especially about their subsidiaries or spin-offs which export freely without a reputation to lose,’ Ms Schaake told the Bureau.

A debate has been scheduled for December 2011.

Creativity Software announced last November that it had made four sales in six months in the Middle East for law enforcement purposes. It did not identify its clients.