The City of London looks after itself

Some of the city of London’s biggest banks are behind a huge tax avoidance trade ‘cheating’ European countries of hundreds of millions of euros a year in a development that sheds fresh light on David Cameron’s decision to wield Britain’s EU veto to protect the Square Mile.

A two-month study by the Bureau has uncovered a discreet $102bn market in European shares whose ‘central’ purpose is tax avoidance. The Bureau’s analysis suggests the European tax loss – mainly to France, Germany and Italy – is up to €595m a year. The scale of tax avoidance will fuel further anger within the EU towards the Square Mile, where the vast majority of the trade known as dividend arbitrage is conducted.

It also served as a stark reminder to George Osborne that British banks are engaged in risky activities as the chancellor yesterday formally responded to Sir John Vickers’ Independent Commission on Banking whose report recommended ringfencing banks’ high street businesses from their ‘casino’ investment banking arms.

Dividend arbitrage is complex. But at its heart, a bank or hedge fund lends equities in often high yielding French, German or Italian companies to another institution. The receiving institution then passes the equities through a network of low or no tax jurisdictions before returning the equities to the original owner using a subsidiary in another tax haven. In this way, banks can avoid the 15% average withholding tax levied on dividends in European countries.

For hedge funds based in the Cayman Islands or Bermuda, the trade is particularly useful in slashing tax bills.

Credit Suisse, the giant Swiss financial services institution, is among a host of international banks and hedge funds involved. The Bureau has seen a Credit Suisse document that details how to implement dividend arbitrage strategies and has received confirmation from a senior derivative executive that the bank was an active participant. When asked whether Credit Suisse engaged in aggressive tax avoidance, the bank declined to comment.

The players?
Among other banks said by City sources to be major dividend arbitrage players are Barclays Capital, Bank of America and Morgan Stanley. All declined to comment.

Josh Galper, managing principal of Finadium, a US-based securities lending consultancy and an expert in this area of finance, said: ‘The dividend tax element is central to the trade; without it there would be no reason to engage in dividend arbitrage.’

On learning of the Bureau’s findings, the former Liberal Democrat treasury spokesman Lord Oakeshott called for the Financial Services Authority (FSA), the Treasury and the European Commission to launch an investigation to ensure full disclosure of all dividend arbitrage transactions.

‘This looks like a highly artificial operation by London investment banks to cheat German and French taxpayers,’ he said. ‘If these are genuine commercial transactions for clients, why do they have to be washed through an eye-wateringly convoluted string of offshore vehicles? This sort of behaviour poses huge reputational risks for the City.

‘The FSA, Treasury and the European Commission must work closely together to ensure the whole sequence of transactions of this type is fully disclosed to the British, German and French tax authorities. We must stamp out abusive artificial tax dodging transactions together with our European partners, and stop pretending they are out to undermine the City of London as a responsible and preeminent financial centre.’

Markus Meinzer, applied researcher and analyst at the Tax Justice Network, said: ‘This issue highlights a structural flaw in our current international financial system. Governments refuse to institute robust transparency and cooperation mechanisms in view of aggressive financial sector lobbying and because of the bizarre, yet largely unchallenged view of alleged benefits flowing from competition between states.’

Icap, the brokerage run by Michael Spencer, the former Conservative Party treasurer and outspoken critic of EU proposals for a financial transaction tax, is the broking firm most used by banks to buy and sell equities for the purpose of dividend washing, as the trade is more commonly known, according to four well-placed City sources the Bureau spoke to.

The company stated: ‘ICAP’s clients do not disclose to ICAP their commercial rationale for the transactions that they execute. ICAP takes its legal, compliance and regulatory responsibilities extremely seriously and performs all obligations that are required of it by the FSA and other regulatory bodies. It is not ICAP’s role to ascertain any of its clients’ tax affairs, which are confidential and a matter for them and their relevant tax authorities.’

Dividend arbitrage also creates huge jumps in equity lending volumes in the second quarter of a year when most companies release dividends. According to US-based Risk Management Association, European equities worth $136.9bn were lent in the second quarter of 2011 compared with an average $70.75bn in the three other most recent quarters where data is available.

Finadium, the US financial consultancy, estimates that 75% of the $136.9bn European equities lending total in the second quarter of 2011 is directly linked to dividend arbitrage. This estimation has been peer reviewed.

It means in the second quarter when most but not all dividends are released by companies, equity loans attributed to dividend arbitrage totalled $102.68bn. Average dividend yields in 38 French, 28 German and 36 Italian major equities according to data seen by the Bureau is 5.03%. This means $5.164bn is the total European dividend pot.

An average 15% withholding tax on the European total dividend pot applicable on financial institutions should raise $774.6m or €595.05m. But placing dividends in low or no tax jurisdictions means there is no guarantee that €595.05m finds its way to the appropriate exchequers.

And as a significant amount of European dividends are posted at other times during the year, the Bureau’s €595.05m dividend tax gap figure, which is drawn from just one quarter albeit the biggest, could in fact be significantly higher. 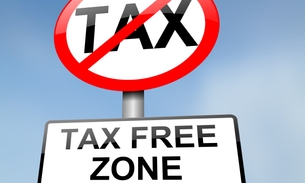 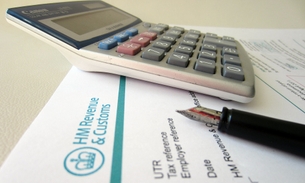 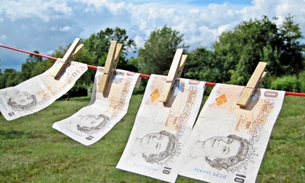