Sir Malcolm Rifkind is chairman of the British parliamentary Intelligence and Security Committee (ISC), which oversees MI5, MI6 and GCHQ – key components of the UK intelligence community. The ISC reports first to the prime minister, who retains – and uses – the right to censor material in ISC reports before parliament views them. The ISC has attracted criticism in relation to the invasion of Iraq and on the extraordinary rendition of terror suspects.

The ISC has recommended that the government introduce new powers for court cases where intelligence information gathered by foreign agencies and shared with UK intelligence agencies could come into play. The Ministry of Justice recommends in its Green Paper introducing ‘closed material’ procedures (CMPs), where intelligence specialists argue for or against disclosure of the intelligence with a judge, while the ISC calls for more extensive measures.

The ISC is recommending that the government goes beyond CMPs [‘closed material’ procedures] and is recommending one of two possible additions, one being the equivalent of a ‘state secrets privilege’, though it obviously notes this may not conform with the European Convention on Human Rights. The other suggestion is for a tilt towards a statutory presumption [against the admission of intelligence].

This has raised concerns on two levels. One is that these moves might prevent British courts from engaging at all with intelligence material, and the implications that might have. The second issue raised is, is this something that ISC itself should be doing? It would appear to be lobbying on behalf of the intelligence agencies, and is that not a conflict of interest?

Oh indeed, we made it clear in our annual report that we share the concern that foreign-sourced intelligence – which is the subject of the control principle – if it was released without the agreement of the country that provided it, that would lead to a drying-up of that source of information, which could have very serious implications for preventing terrorist incidents in the United Kingdom.

So far as the actual recommendations we have made, the main recommendation is to suggest that there could be – we welcome what the government is recommending, we think it’s very sensible – but we’ve said that in order to, the courts often seek the guidance of parliament, they try to work out not just what’s in an Act of Parliament but what parliament’s intentions were.

The United Kingdom benefits enormously from incredibly viable intelligence we receive. And it’s very important that that should be not jeopardised.
– Sir Malcolm Rifkind

It’s helpful sometimes that there should be such guidance and we think that the idea – and this is the unanimous view of the committee, which is an all-party committee of the Lords and Commons – our view was that a rebuttable presumption would be just that. It wouldn’t be an absolute bar, and in fact if you use the phrase a ‘rebuttal presumption’ it means it’s a presumption that can be rebutted if the court thinks it ought to be. So the court continues to have the last word.

But it would be an indicator, if it was approved by parliament that, as a general principle, particularly intelligence which has been received from the intelligence agencies of another friendly country, should not be subject to release, because of the very serious risks that [this] can lead to with regard to the protection of British citizens, if we have intelligence that could be related to a potential terrorist incident.

One of the two suggestions that the committee puts forward is the equivalent of a ‘state secrets privilege’.

We mention it. That’s what they do in the United States, and as you yourself said, in mentioning it we point out that this may not be acceptable. We mention it because we are trying to emphasise the importance the committee attaches to the control principle, that it’s not just an incidental part of the whole system.

The United Kingdom benefits enormously from incredibly viable intelligence we receive, not just from the United States. The United States is the main source, but also from a number of other countries. And it’s very important that that should be not jeopardised.

Incidentally, intelligence that our own agencies share with other friendly countries is also subject to the control principle. The United Kingdom would get just as upset [if intelligence material was disclosed without its permission], because it can lead to potentially, the identification of intelligence officers or intelligence methods [and] operational methods, which can jeopardise how these matters are dealt with. We don’t question that in a country that believes in the rule of law, the courts must have the last word.

We spoke with the American Civil Liberties Union, who have tried to bring a number of cases that have been struck down in the US because of ‘state secrets privilege’. Their comment to us was that since 9/11, not a single victim of miscarriage of justice in the US covert war on terror has had their day in court, predominantly because of the ‘state secrets privilege’. And they express surprise that anyone would advocate a system even in passing that they believe is fundamentally broken.

I think in any free society – and this is mentioned in the Green Paper – you constantly are having to try and identify what is an acceptable balance between the normal interests of justice and the normal interests of protecting the lives of your citizens as a consequence of terrorist or other similar activity. So it’s a question of how you get that balance right.

Our view is that the courts need to be the people who have the last word, not the government and certainly not the intelligence agencies. It must remain the courts. 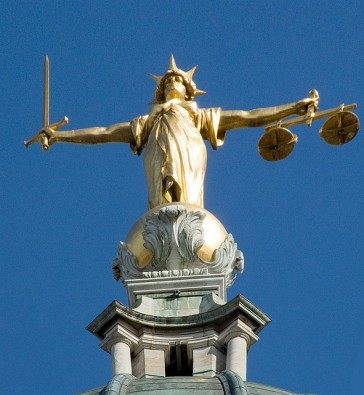 A second point raised is that, given how extraordinarily widespread intelligence-sharing is, and given how hard it is to distinguish sometimes between what is intelligence originated in the UK and what originated elsewhere –

Forgive me for interrupting: the onus would be on the government to satisfy the courts that it was foreign intelligence, and if there was doubt in the court’s mind as to where the intelligence had come from and they had reason to believe the intelligence was domestic, then obviously such a bar wouldn’t apply.

One situation that’s been cited is the recent discovery of material in Libya, which I know the committee is investigating at the moment, regarding the rendition case. There we have a situation where apparently, according to the Human Rights Watch documents, British and American intelligence agencies had been working with Libya and are implicated in the rendition and torture of an individual.

I can’t comment specifically as we are still investigating. As a general point, I don’t think the Libyan thing is relevant anyway. We are talking about intelligence material which has been provided by a friendly government under conditions – which we ourselves impose when we share intelligence with others – that it should not be made available without their consent. Not that it should not be made available period, but [not] without the consent of the people who provided it.

Now in the real world, we’re dealing with [the fact] that [it] is overwhelmingly the United States and other friendly democratic western countries with whom we have a close intelligence relationship. That is the actual issue.

And again in response to that, it’s been suggested that the role of an oversight body should rather be how one might achieve accountability in terms of international sharing of intelligence – which is unregulated at the moment.

The purpose of an oversight committee is to ensure that the way in which our intelligence agencies operate is consistent with the law, is consistent with proper, decent standards of civilised behaviour, and that they do not behave in a way that goes beyond the remit that has been given to them.

This goes back to the beginnings of the Intelligence and Security Committee. If we identify either problems that exist – not just because of potential misbehaviour by the intelligence agencies, but if we find that there are ways in which their ability to carry out the responsibility the public expect them to carry out is being unnecessarily or undesirably inhibited – then part of our duty is to draw to the attention of the prime minister and to the parliament such problems. It is for others to decide what to do about it.

We don’t have the power to make any changes ourselves. But we certainly have the authority and the responsibility to make recommendations, and we’ve done that in the past. For many years and in many of our reports, we point to areas where we believe the way in which intelligence is being handled, if we believe it to be the case, is unsatisfactory.