The following are responses from companies highlighted in the Bureau’s video.

Vodafone’s structure is totally transparent and HMRC is fully aware of this office. Its existence has always been fully disclosed, examined, and taken into account by HMRC before reaching the 2010 settlement. The Swiss office is a branch of our Luxembourg subsidiary and plays no significant role in the financial management of the Group.

There is no surprise or revelation in the Bureau’s secret filming of Mr Graf, who is indeed a part-time manager and book-keeper for the Swiss branch, whose principal activities now consist of providing book-keeping and other management services to the Luxembourg team.

As we have repeatedly pointed out, Vodafone complies fully with all local tax laws and with European law and we pay all the taxes due in all countries in which we operate. Our overall tax rate is in the mid twenty % – in line with other multi-national companies – and last year we paid £2.6bn in tax, or, more simply, £1 for every £4 of profit.

There has never been any reduction in Vodafone Group’s tax contributions to the UK Exchequer as a consequence of the events described above.

You have confused Vodafone with a company that claims it has material activities or operations in Switzerland. We do not make such a claim and our tax filings do not suggest that this the case.

Let me now turn to the 2010 £1.25bn tax settlement – which you say many people think should have been bigger.

Our case focused on some of the most complex tax legislation anywhere in the world. It involved numerous lawyers and tax experts and passed through several UK and European courts, which delivered inconsistent judgments.  (Both the current and the previous UK government recognised this area of legislation needed overhauling, something which is now in progress.)

Following nine years of legal argument, HMRC then spent six months conducting a full and rigorous technical and legal examination of the facts and following this review, a full and final settlement of £1.25bn was agreed, reflecting all liabilities.

Vodafone had never received a tax bill from HMRC prior to the settlement, and so suggestions of bills for £6bn or £8bn are, in the words of HMRC themselves, “an urban myth”. Our case was thoroughly scrutinised by experts – in public – for nine years. It is difficult to understand on what basis people believe it should have been bigger.

We cannot provide details on individual taxpayers settlements, but the amount paid by Vodafone resulted from a rigorous examination of the facts and the settlement was a good result for the UK . There are anti-avoidance rules in place which prevent multinationals unfairly mitigating their tax by routing profits through low tax centres.

In 2010/11 alone HMRC brought in an additional £13billon through investigation of non compliance – this results from an approach to non-compliance that is robust and highly effective.

HMRC cannot comment on Vodafone’s business arrangements, nor on how any such arrangements may be affected by the new controlled foreign company rules to be introduced in Finance Bill 2012. The Government is introducing modernised controlled foreign company rules to better reflect the way that businesses operate in a globalised economy while continuing to provide protection against the artificial diversion of profits from the UK to low tax jurisdictions. The rules are consistent with a move to a more territorial corporate tax system and aim to minimise complexity wherever possible. The specific rules for profits from intra-group finance companies reflect these principles and take a pragmatic approach to seeking a fair outcome for the taxation of overseas interest.

We are one of the largest payers of tax in the UK. Any companies we have within low tax jurisdictions are dormant, registered for UK tax or subject to CFC regulation and fully disclosed to HMRC.

Alliance Boots GmbH is the holding company of Alliance Boots, and as such does not have a large number of employees. The function of this company is to hold Group’s investments in over 25 countries where we have a presence, one of which is the UK. The overall governance of the Group is overseen by the Board of Directors of Alliance Boots GmbH from Switzerland, with the majority of meetings held at a number of different locations in Zug or in Zurich, where the company also has an office.

As an international Group, we and our associates and joint ventures have to pay tax in over 25 countries and, as with the UK, we fully comply with the relevant tax legislation in each of the countries where we operate. The Group’s holding company was established in Switzerland in 2007 to better reflect the increasingly international nature of the Group. Switzerland is a business-friendly country with good governance structures. It is a recognised hub for global healthcare businesses and a number of our customers and partners are based there.

In addition, Alliance Boots has had a significant presence in Switzerland for many years as the largest shareholder of our Swiss healthcare associate business Galenica, which counts over 6,000 employees and the largest pharmacy network in Switzerland.

The Boots business in the UK has been a member of Alliance Boots since 2006. Since becoming private, the Group has significantly invested in Boots UK, which still remains based in Nottingham. Around three quarters of the parent Group’s capital expenditure has gone into Boots in the UK over the last four years. This substantial level of investment has enabled us to refurbish our stores network and reach the unprecedented number of 2,500 Boots branded stores on the UK High Street. 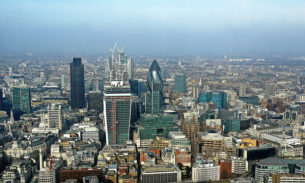 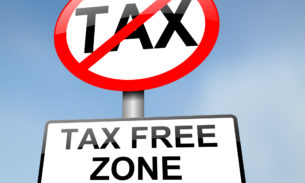 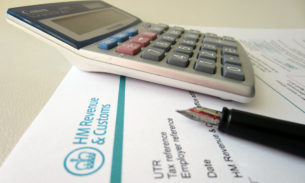 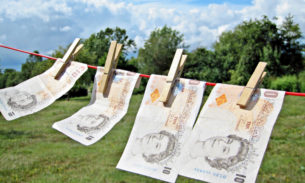