Yemen is a key battleground in America’s war on terror, and the government of Yemen an important ally. Precision attacks on al Qaeda and its associates are often attributed to the Yemen Air Force. But on closer inspection the country’s air force appears to be barely functional.

Extensive data collected by the Bureau of Investigative Journalism reveals at least eight airstrikes launched against alleged al Qaeda militant targets in southern Yemen, reportedly killing a minimum of 102 people. But local sources and Western experts describe the Yemeni air force as decrepit and inadequate, in part due to corruption.

According to the International Institute of Strategic Studies (IISS) the Yemeni Air Force has insufficient equipment and training to defend its own airspace. 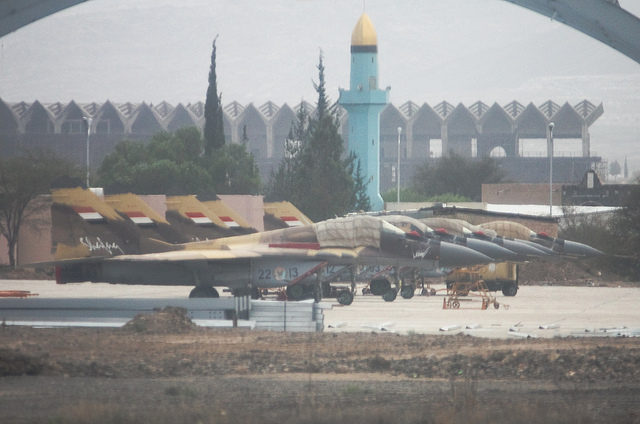 ‘The stories of corruption are phenomenal,’ he says. Pilots cannot fly at night because corruption in military procurement means ‘they don’t have the navigation instruments’. In 2011, Yemeni officials supported this assertion when they confirmed a July 14 strike was carried out by US drones, telling the Associated Press Yemeni planes are not equipped for night strikes.

Low morale
Recent events have shown that morale and discipline in the Yemeni Air Force have collapsed almost entirely. On January 22, pilots and ground crew went on strike. For two months around 2,000 of the air force’s 3,000 men took to the streets, protesting against corruption and nepotism.

Such widespread dysfunction strongly suggests that the Yemenis have been unable to fight an air campaign against al Qaeda.  And that the US has been behind the majority of recent air strikes.

‘We’ll continue saying the bombs are ours, not yours.’
President Ali Abdullah Saleh to General David Petraeus

Yet the Yemeni Air Force carries on claiming US airstrikes as its own. A diplomatic cable released by WikiLeaks exposes this deception. While discussing the US-Yemeni counterterrorism campaign with General David Petraeus, former President Ali Abdullah Saleh is quoted as saying: ‘We’ll continue saying the bombs are ours, not yours.’

Journalist Sharon Weinberger found the air force was barely functioning while reporting for Aviation Week on the protesting airmen in the capital, Sanaa. ‘My impression was that the air force as a whole is on the verge of breaking down,’ she later told the Bureau.

According to the IISS, Yemen has 79 combat-capable aircraft, but some of these are described as ‘unreliable’, particularly 19 ‘aged’ MiG-21 strike fighters.

The air force is a ‘hodge-podge mix of former Soviet equipment with some from the US,’ Weinberger told the Bureau: keeping the planes in the air is a challenge, she added. And spare parts for some aircraft are hard to come by – a number are so old the manufacturers may no longer exist.

A handful of its 15 Cold War-era F-5 fighters are capable of flying, according to Weinberger; yet she reports as many as five are completely inoperable, their engines cannibalised for parts.

This is despite the US giving Yemen $326m (£205m) in security assistance between 2007 and 2011. The majority of this was directed at maintaining transport planes and helicopters, says Katherine Zimmerman of the American Enterprise Institute. But the US Government Accountability Office reports some of the aid to Yemen’s armed forces goes towards sustaining ‘a handfull of its serviceable F-5 fighter aircraft.’

‘The [Yemen] air force is a hodge-podge mix of former Soviet equipment with some from the US.’
Sharon Weinberger, Aviation Week

The US has provided training and equipment across Yemen’s armed services. Much of the air force’s portion goes towards providing spare and replacement parts, says Zimmerman. But Yemeni personnel travel to the US for training, and Weinberger understands American personnel have been in and out of Sanaa to evaluate the Yemen Air Force’s C-130 Hercules transport plane.

US special forces are active in Yemen, and last year amid reports of a new drone base being built on the Arabian Peninsula, there was speculation that the Obama administration was building it in Yemen. But Weinberger does not believe American jets or drones are flying out of bases in Yemen.

Alan Warnes, chief correspondent for AirForces Monthly, cites Camp Lemonnier, in Djibouti, as a possible source of US airstrikes. He says the base in the nearby East African state is home to six American F-15 strike fighters.

In 2004 and 2005 Yemen bought 20 Russian MiG-29s. As they were purchased as upgrades rather than new aircraft it is hard to say how much Yemen paid, says Scott Johnson of defence analysts Jane’s. But he estimates each plane could cost around $40m. Yemen’s most advanced aircraft are its 16 MiG-29s. The Russian jets can carry the guided weapons – so-called ‘smart’ bombs – necessary for precision strikes.

But Iryani believes the air force arsenal does not include smart bombs. He cites as evidence an instance of government aircraft missing rebels and bombing an oil pipeline instead.

In 2010 Human Rights Watch (HRW) reported it was not known if Yemen had bought guided weapons; but the same report says the government of Yemen used unguided ‘dumb’ bombs while fighting Houthi rebels in the north of the country. 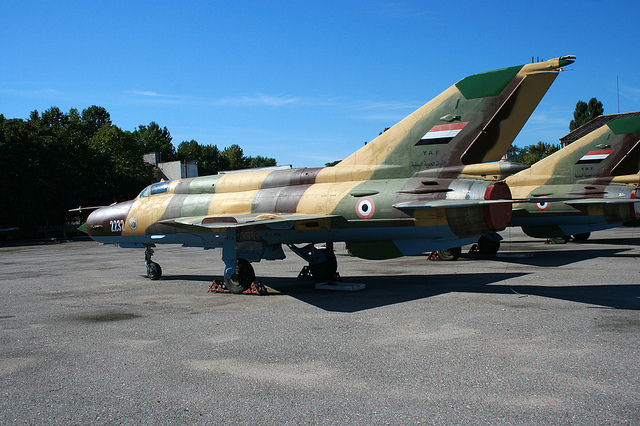 Waging a protracted war for secession in north eastern Yemen, Houthi rebels have been battling government forces for the last eight years. In a comprehensive report on the conflict, American defence think tank the Rand Corporation describes the government’s tactics as ‘uncoordinated’.

Beyond its ability
Yemen’s air force does not have much capacity for precision strikes against al Qaeda, Warnes believes. Flying night missions would probably be beyond its ability as well. ‘The only aircraft they have capable of night flying would be quite antiquated fighters,’ he says. ‘I think it’s the Americans who are doing it rather than the Yemenis.’

‘The bulk of the attacks on militants are carried out by somebody else,’ agrees Iryani. But according to Jane’s, Yemen does possess two kinds of guided missiles, carried by helicopters. The Soviet-era AT-2 Swatter, which came into service in the 1960s, and the AT-6 Spiral, first deployed in the early 1970s. It is not known how many the Yemenis have or how old their stockpiles are.

These missiles could be deployed on the Yemeni’s eight Russian Mi-35 Hind attack helicopters. But there is no indication these are in better shape than the fixed wing aircraft. Furthermore, there are no reports of helicopter strikes in the Bureau’s data.

When fighting the Houthi rebellion the Yemeni government was unwilling to use its helicopters for anything other than logistics according to the Rand Corporation report. This was out of fear of losing an aircraft to small-arms fire.  And that would be a loss the already depleted Yemeni Air Force would find hard to bear.