Lucky numbers: high-speed roulette is full of near misses. Photo via Shutterstock

Fixed-odds betting terminals bring high-speed, high-stakes gambling to the high street. Their burgeoning popularity among a particular type of gambler, and the profits these create for bookmakers, have led critics to term them the ‘crack cocaine of gambling’. But there is still heated debate over whether they are in fact dangerously addictive.

No study has conclusively shown that the machines directly cause people to become problem gamblers – and a 2005 study commissioned by the Association of British Bookmakers found that they are ‘not more associated with problem gambling than any other form or forms of gambling’.

But gambling experts and counsellors – as well as a vocal community of former gamblers – believe fixed-odds betting terminals and the digital roulette that is their most popular game are ‘problematic’, with features that encourage compulsive gambling. And with most of the research funded by the industry it is hard to dismiss

‘You lose your sense of money when you’re on the machines – it means nothing,’ says David Armstrong, who has battled a destructive addiction to fixed-odds betting terminals. ‘It’s so quick, you’re thinking just one more spin, just one more – until you walk out and you’ve lost it all.’

I could design you the safest slot machine in the world: all you would do is push the button once a week. But on a fixed-odds betting terminal, you can gamble a lot of money in a very short time, and it’s those characteristics that cause problems.’
Prof Mark Griffiths

At the height of his compulsive gambling, he remembers spending £15,000 in a single day, putting up to £100 on a single 20-second spin of the roulette wheel. ‘When you start putting £100 a spin on, other people crowd around the machine: you’re on top of the world – you’re buzzing,’ he said. ‘They’re all shouting and chanting little rhymes, the buzz is incredible. And then four hours later you walk out – my goodness, what have I done?’

The speed with which you can play and then bet again – the ‘event frequency’ – helps determine how addictive a form of gambling is, experts believe.

Related story: Why self-exclusion is not an answer to problem gamblers

‘I could design you the safest slot machine in the world: all you would do is push the button once a week. But on a fixed-odds betting terminal, you can gamble a lot of money in a very short time, and it’s those characteristics that cause problems,’ said Professor Mark Griffiths, a machine gambling expert.

‘To develop a gambling problem, there has got to be some sort of susceptibility to begin with. But event frequency is the single most important structural characteristic for making fixed-odds betting terminals problematic,’ he added.

While no study has yet established that this speed causes normal gamblers to develop a problem, a 2009 study on how people interact with gaming machines found that problem gamblers tend to prefer fast, simple games – such as the casino games offered by fixed-odds betting terminals, which are now available in large numbers on the high street.

The 2010 Gambling Prevalence Survey found that 8.8% of players on fixed-odds betting terminals are problem gamblers, while Professor Jim Orford of the University of Birmingham has calculated that almost a quarter of all money spent on the machines comes from problem gamblers – an amount running to hundreds of millions of pounds coming predominantly from poor, young male gamblers.

And gambling counsellors report that even experienced gamblers can run into difficulties playing the high-speed machines.

‘From the experience I’ve had working with gamblers, it’s certainly true to say gamblers who move onto fixed-odds betting terminals seem to lose far more money than with the previous type of gambling. Because it’s a very fast game, it doesn’t give you much time to stop and think,’ said Ron Turrell, a gambling counsellor.

But this speed underpins the machines’ phenomenal commercial success. One of roulette’s attractions is it offers a high chance of winning at least some of your stake back – the theoretical ‘return to player’ is around 97%. But that leaves roughly 3% for the house. When punters can play up to three games a minute, the house advantage quickly racks up – so much so that the machines make around £3.3m a day in profit for Britain’s bookmakers.

‘The irony is, it looks like the higher the payback to the punter is, the more that encourages gamblers to chase their losses,’ said Griffiths. ‘And one of the archetypal behaviours of problem gamblers is chasing losses. They’re deceptive – you can lose a lot of money in a short space of time.’

Tantalisingly close
Another factor believed to encourage compulsive gambling is how often ‘near wins’ occur. ‘Gamblers continuously nearly win: the arousal people have when they nearly win can be as powerful as when people actually win,’ explained Griffiths. ‘The more a problem gambler you are, the more you start creating near wins yourself.’

Roulette is tantalisingly full of opportunities for near wins: when your chips are on number 6, the ball could skitter into the slot on either side, or into 5, 7 or even 9 – an upside-down 6 – and it might seem agonisingly close.

But while critics of fixed-odds betting terminals have dubbed them the ‘crack cocaine of gambling’, addiction specialists point out that problem gambling is a highly complex phenomenon and can’t be blamed on the machines alone.

‘People are starting to reassess the idea that it’s the form of gambling that causes addiction: it’s more complex than that,’ says Dr Henrietta Bowden-Jones, who runs the NHS Problem Gambling Clinic in Soho. ‘An individual’s disposition, the agent – the type of gambling – and the environment can all play a part.’

Still, like other gambling experts, she is concerned about the impact of fixed-odds betting terminals. ‘Are the machines just one more type of gambling, or do they have more severe consequences on the individual’s behaviour, in terms of compulsiveness or money or time spent?’ 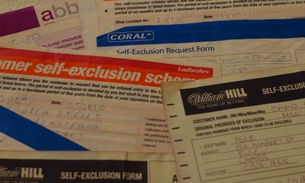 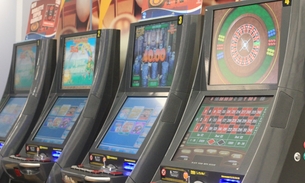 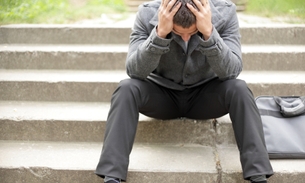