Tales of corrupt dictators enjoying opulent lifestyles whilst citizens struggled to make ends meet fuelled the anger of protesters throughout the Arab Spring. While Muammar Gaddafi’s residences were decked out with baby grand pianos and show jumping circuits, his Tunisian counterpart Zine El Abidine Ben Ali was wealthy enough to entertain banquet guests with a pet tiger that dined on four live chickens a day.

In Egypt’s Tahrir Square, the vast fortune of Hosni Mubarak and his inner circle was also a focal point of resentment. Previous estimates of the Mubarak family wealth placed the figure at between $40bn and $70bn.

A report by The National last week, looked at official investigations into the former dictator’s wealth. It reveals that Mubarak held very little in his own name, but much of the wealth was spread between his family and inner circle.

Official documents obtained by The National suggest that investigators have found $300m in cash. Further assets of undetermined value have been identified in the form of properties, company stakes and ‘additional’ funds.

The confidential five-page report, dating back to October 2011, was prepared for  prosecutors by investigators working for the Egyptian Ministry of Justice.

The majority of assets identified in the report were held by Mubarak’s two sons, Alaa and Gamal. The pair and their wives were found to have at least 34 properties scattered across Cairo, as well as Swiss bank accounts holding approximately $300m and multi-million dollar stakes in Egyptian and international real estate and securities firms.

Gamal in particular had been the focus of corruption allegations throughout much of the past decade. Mubarak’s youngest son and his business associates wielded significant political influence during the final decade of the Mubarak era, growing increasingly wealthy as their aggressive neoliberal reforms pushed millions deeper into poverty.

The Mubarak brothers are now standing trial on charges of violating stock market and central bank rules to make unlawful profits. The legal process has been dogged by delays and after repeated re-adjournments, the next stage is scheduled for November 12.

Further questions remain about Mubarak family assets which were channelled overseas throughout their three decades at the top. Egyptian investigators have now asked the UK, US, France, Switzerland and Liechtenstein to freeze the bank accounts of former government officials and businessmen with close links to the former regime.

According to Ahmed Saad, a senior counselor at Egypt’s Illicit Gains Authority, the total held in these accounts could amount to about $1.2bn.

A six-month investigation conducted by BBC Arabic also identified many valuable assets linked to the Mubarak inner circle that remained unfrozen. These included luxury houses in Chelsea and Knightsbridge, as well as London-registered companies.

Foreign asset recovery has proved to be a painfully slow process, leading to accusations that the jurisdictions involved are dragging their feet.

In September, The Guardian revealed that one member of Mubarak’s inner circle ‘has even been permitted to set up a UK-based business in recent months, despite being named on a British Treasury sanctions list of Egyptians who are linked to misappropriated assets and subject to an asset-freeze.’

Foreign Secretary William Hague has since sent a lawyer to work with Egyptian prosecutors seeking to track down the funds.

Yesterday, it was reported that the British government has since formed a team from several government departments in an effort to speed up the fund-freezing process.

However, the recovery process is still expected to be long and painful. Identifying the location of assets, whether acquired legally or plundered from the state, is only the first step in a long-winded legal process spanning multiple jurisdictions.

Talking to The National, asset recovery expert Eric Lewis said that the action needed to be spearheaded by a ‘powerful and focused executive branch.’

Meanwhile, the Egyptian economy continues to struggle, with the Egyptian pound weakening to an almost 8-year low on Wednesday.

As Lewis concludes of the asset repatriation process, ‘focus, speed and coordination are essential.’ Now more so than ever, it would seem. 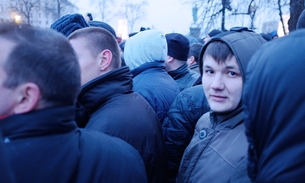 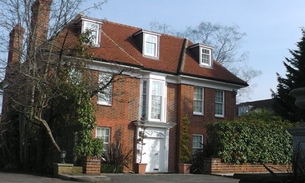